One day after infiltrating the violent Rose City Antifa cell in Portland, Oregon, Project Veritas has done it again – this time in New York City, where an undercover journalist recorded the young radicals receiving martial arts instruction on fighting techniques for riots.

Operating out of “The Base Anarchist Political Center,” Antifa fight instructor Chris describes how best to injure an opponent, giving them time to ‘run away’ or ‘really put a beating on them if you want to make it personal.’ 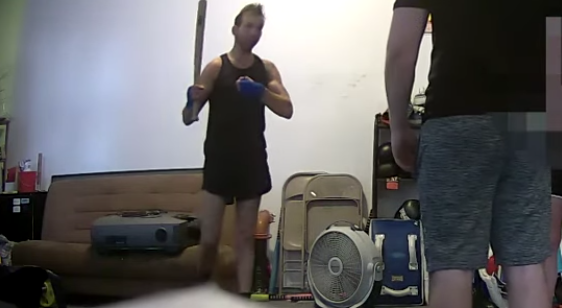 If you get a good liver or kidney shot, it’s pretty much crippling them. They’re going to be doubled over and in a lot of pain. If you break one of the floating ribs, which are small and right down here. Those are also very painful, it’s hard to move after that, to catch a breath. So, one good body shot could potentially give you all the time in the world to run away while they’re doubled over in pain, or really put a beating on them after that if you really want to make it personal. -Chris, Antifa fight instructor

The Veritas undercover journalist is then taught a variety of techniques to deal with opponents who have shields, defending against a choke hold, grabbing your opponent by the nuts, and “some really useful Jiu Jitsu.”

“You step and yo grab his fucking nuts. Or you just solidly elbow, and he will let go,” says the instructor.

Meanwhile to the south…

Mexican Antifa try to murder a police officer during their ongoing mass riots in the state of #Guadalajara.

Remember folks, these communists are prepared to kill for their revolutions and there is thousands and thousands of them spread out in almost all countries of the world pic.twitter.com/5CY5NqCUs6