Actor Geoffrey Thorne told Turning Point USA’s communications director Candace Owens that conservatives will “never accept” her, adding “they will never think [of] you as anything but an obedient nigger.”

“Without question, it is more difficult today to come out as a conservative than it is to come out as gay. Conservatives today are treated with the same social stigma as gays were in the 80’s,” said Owens in her initial tweet, “Sunday on the #CandaceOwensShow, @robsmithonline and I discuss!!”

“they will never accept you. they will never think off[sic] you as anything but an obedient [nigger],” said the actor in response to Owens, “you will never be one of them. they see you as a trained animal that does the right tricks. one can only pray you never realize because, if you do, what’s left of your soul will crack.” 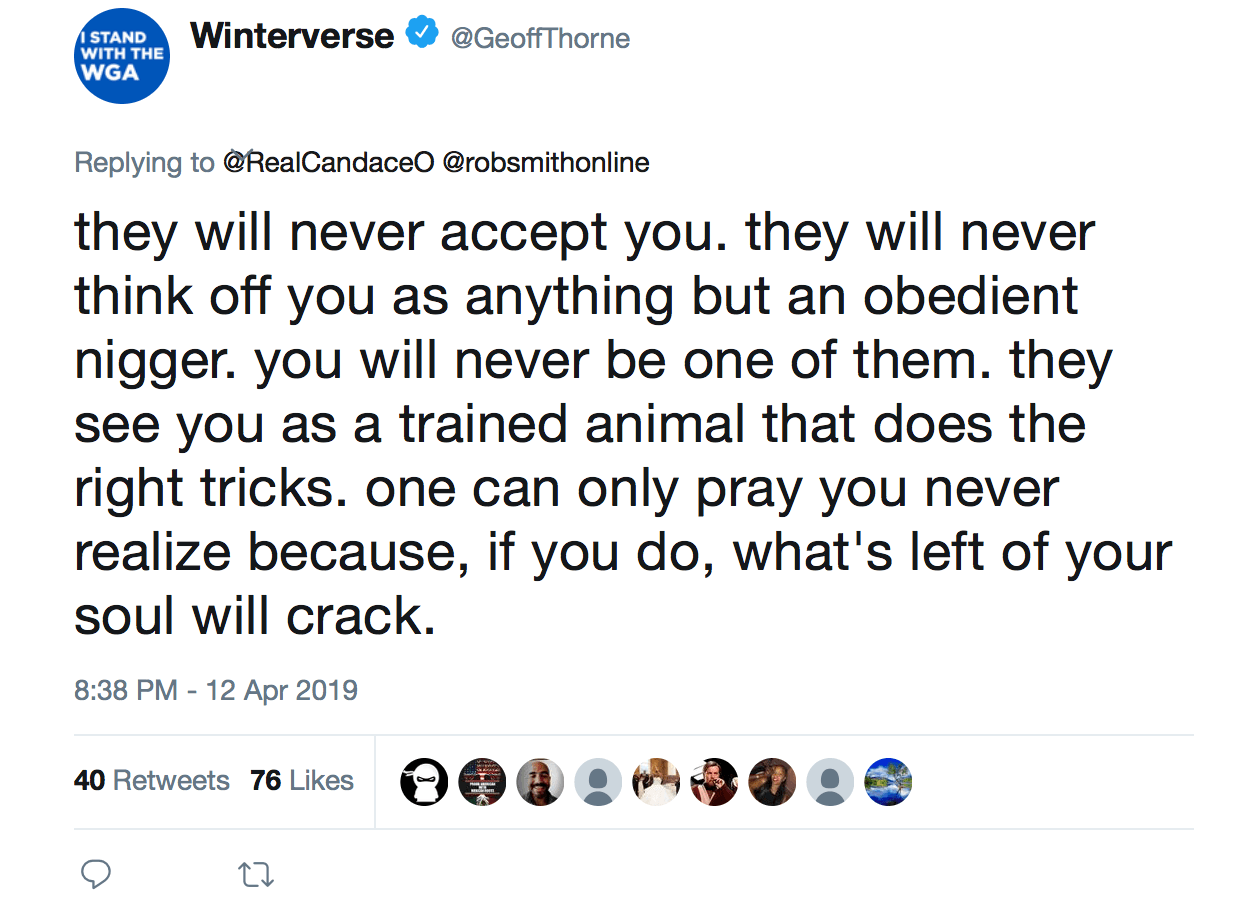 Norm Pattis joins Alex Jones live via Skype to talk about the hate crimes Candace Owens faced while she was seventeen, and still in high school, when he represented her as her lawyer and won the case.