Yet another airline boss has said that it is fully expected that vaccination against coronavirus will become mandatory in order to travel.

AirAsia CEO Tony Fernandes told an aviation conference Wednesday that Asian countries may soon demand that anyone crossing their borders has received a Covid-19 jab.

“I foresee in Asia, anyway, I think they won’t let anyone in without a vaccination,” Fernandes said at the CAPA Centre for Aviation event.

“It’s not up to the airlines to decide,” he added, explaining that “It’s for governments to decide. It’ll be the country that’ll decide if they will allow people to come in if they are not vaccinated.”

Handcock said recently that “We believe that vaccinations will be required for entry to many countries in the future. And for a period of time, parallel requirements of (being) vaccinated or pre-flight negative tests.”

Owen breaks down how Big Pharma gets away with murder when they push their vaccines yet cannot be sued for negative side effects.

Air Asia has already implemented a digital ‘health pass’ called Scan2Fly which is being used on routes from Kuala Lumpur to Singapore, Surabaya, and Jakarta.

The app, use of which is voluntary at this stage, allows passengers to upload medical certificates when checking in online. The app also details entry documentation required by the destination country, including Covid-19 related data. 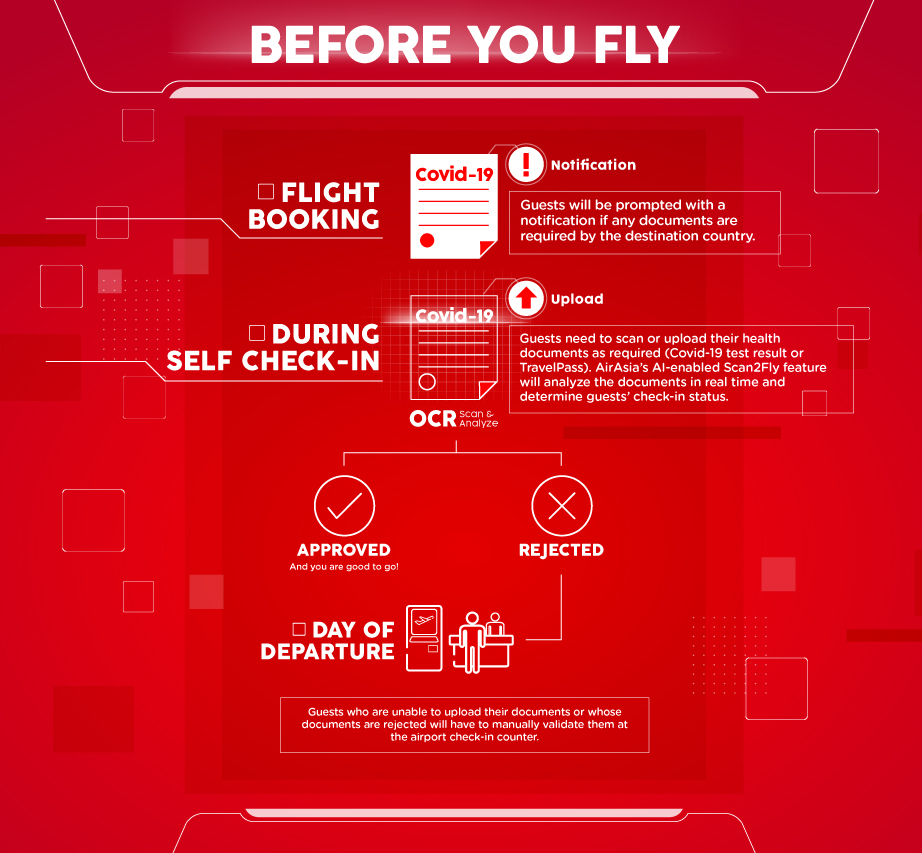 The airline expects the technology to eventually be rolled out to other Air Asia destinations.

The developments come after multiple other airline chiefs and transport executives have commented that so called ‘vaccination passports’ are coming.

The president of travel company Acendas, Brent Blake, told Fox 4 News that he believes the immunity documents will be introduced, requiring anyone who wishes to board a plane to be vaccinated.

Lance Gokongwei, President and CEO of Cebu Pacific, the largest budget airline in the Philippines, recently said “I think we have to work on a single, global COVID passport so that each country respects the passport.”

“That has to be the number one priority: to get vaccines in the hands in as much of the global population as possible, and then connecting this to a COVID passport,” he further urged.

Korean Air has also said there’s a “real possibility” airlines will mandate passengers take a COVID-19 vaccine before being allowed to travel.

The CEO of Qantas Airlines also announced in November that the COVID-19 vaccine will be mandatory for anyone boarding his flights and that this will become the norm for all international travel.

Testing of the passports has already begun in airports all over the globe.

Another ‘COVID passport’ type system known as the CommonPass, sponsored by the World Economic Forum, is under development.

Hundreds of Tech companies are scrambling over themselves to develop these COVID passport systems.

Anyone still labelling this a ‘conspiracy theory’ is either wilfully ignorant or just plain uninformed.