The Big Tech giants have a bounty out for Alex Jones and company.

Merely uttering his name or sharing content from Infowars can land someone in the internet hoosegow.

Yet the dangerous “individual” persists on various platforms, outsmarting the algorithms and proving ideas can’t be killed.

New artwork from Mike Sanders depicts how outlaw Alex is tuckered out from numerous dust-ups, but has still managed to evade the tech posse, despite being a major target of the left. 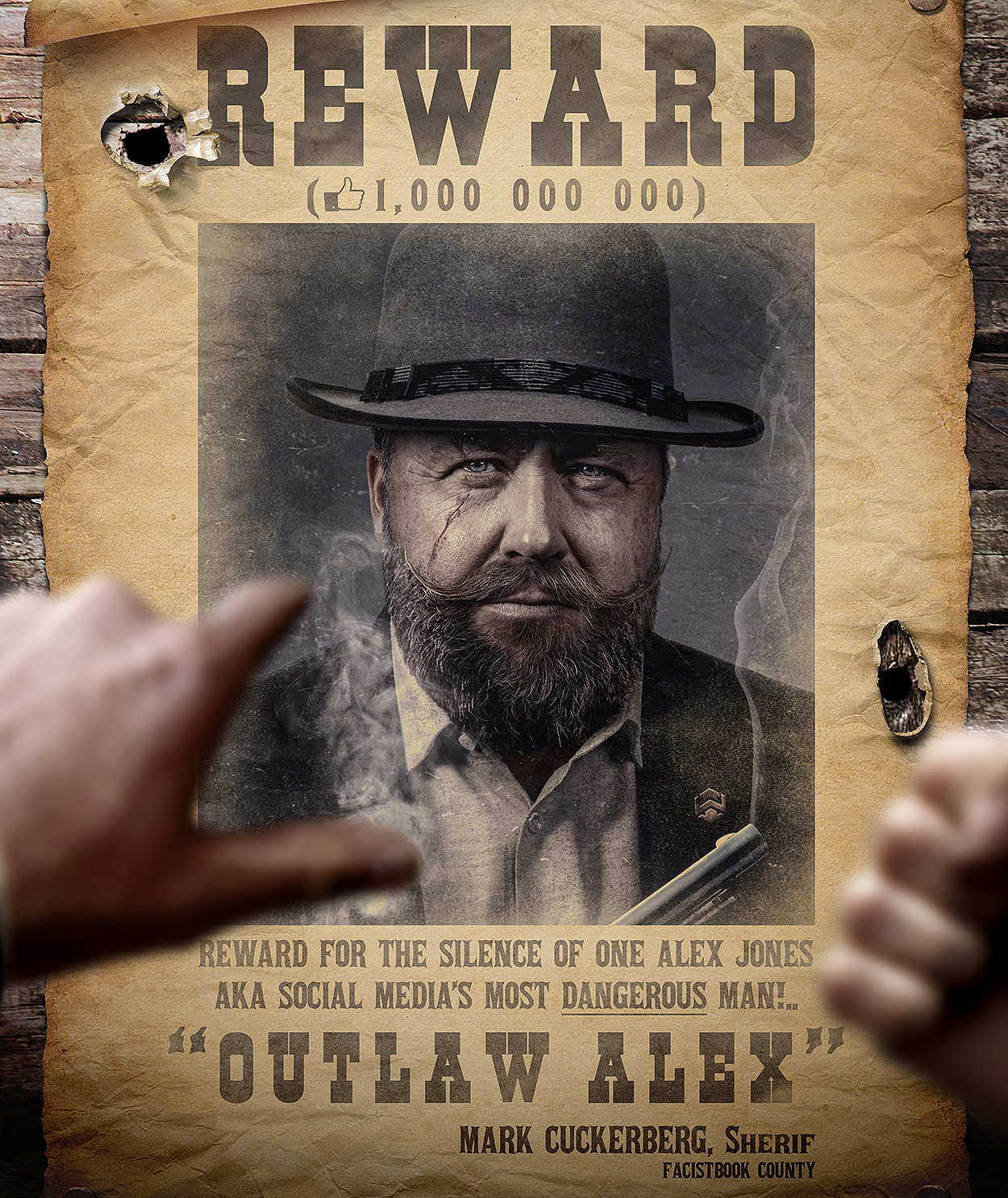 Mike shared the before-and-after Photoshop images with Infowars, illustrating the alterations he made to the original image. 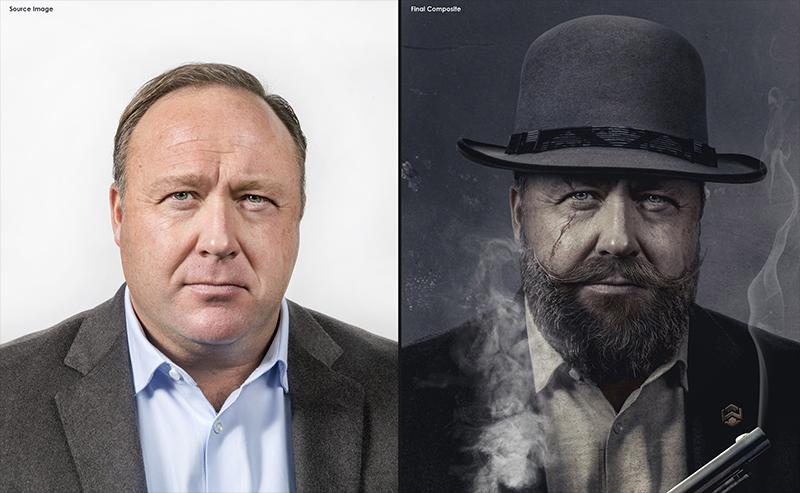 Go to DeviantArt.com to check the rest of Mike’s work.