An event organized on Facebook aims to unite patriotic Americans under the banner of freedom as the country celebrates its independence while under medical tyranny.

The “America Proud Event” calls on every American across the country to fly an American flag while blasting out the “Star-Spangled Banner,” followed by Lee Greenwood’s “God bless the USA!” 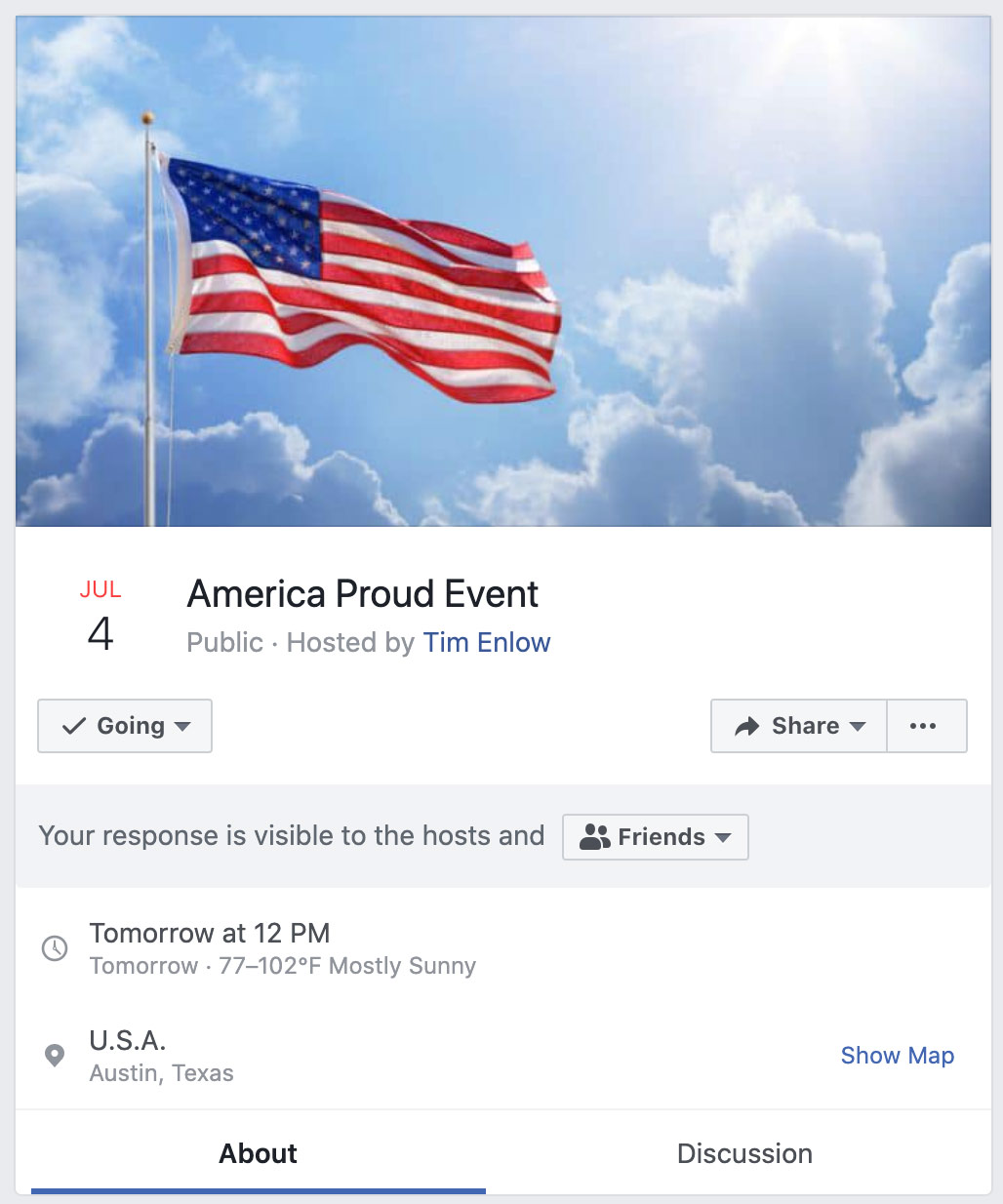 “Tomorrow at 12noon, we encourage ALL Americans to fly your American flag, wherever you may be, and then go outside and play the ONLY National Anthem our Country has, the Star-Spangled Banner, followed by Lee Greenwood’s ‘God bless the USA!’. Play them loud and proud!” a Facebook post for the event reads.

“Let our flag fly high this Independence Day and let EVERYONE across this Nation hear our National Anthem loud and clear followed by ‘God bless the USA’ by Lee Greenwood.” 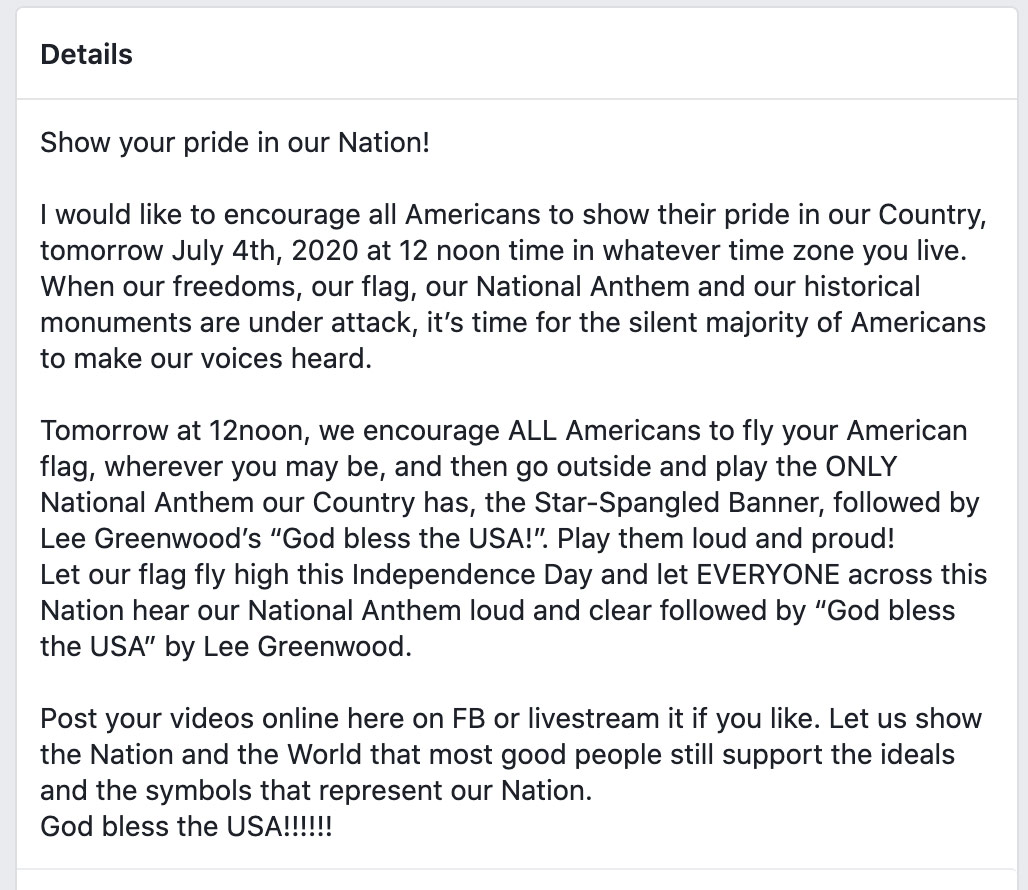 The celebration of freedom comes as states nationwide have enacted mandatory lockdown orders over the Fourth of July holiday ordering Americans to stay home rather than go outside to spend time with friends and family.

The playing of the National Anthem is also important as leftist groups are now calling for The Star Spangled Banner to be replaced.

“When our freedoms, our flag, our National Anthem and our historical monuments are under attack, it’s time for the silent majority of Americans to make our voices heard,” reads the event page.

In Austin, Texas, demonstrators will also hold a “Shed the Mask, Don the Flag Rally” that will feature various speakers speaking out for freedom at Gov. Greg Abbott’s mansion starting at 10AM.

Take a moment to listen to Greenwood’s classic: