Antifa militants set fire to a cornfield as Joe Biden speaks, in a joke tweet shared by President Trump Wednesday. 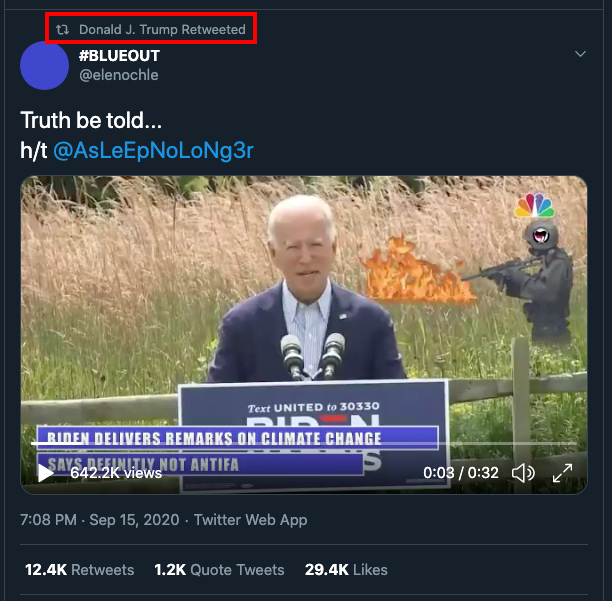 The tweet features Biden speaking at a Monday campaign event in Delaware, as two Antifa militants are superimposed behind him torching the cornfield backdrop.

The radical left-wing anarchist group Antifa has been accused of hijacking the Black Lives Matter social justice movement to seed chaos and destruction in major Democrat-run cities across America.

As in 2016, Trump has been firing off tweet after tweet striking his opponent with unconventional meme warfare.

On Wednesday, he also shared a tweet where the former vice president appeared to play NWA’s “Fuck the Police” at a Miami campaign event.

What is this all about? https://t.co/AAmBGgHhyR