Our sources inside the APD have asked us not to publish the documents because it would lead back to them, but they are voluminous and detailed, and we have cross-checked the information and confirmed it to be accurate.

The intelligence reports are meticulously linked to the source postings by Antifa and Black Lives Matter in their public and private Facebook groups and on other internet postings.

According to the documents, a leftist “patriot militia organization” called the Texas State Guerrillas (TXG-M) may be mobilizing for the purpose of spearheading Saturday’s protest called, “March to Amplify Black Voices and Defund the Police.”

“The Texas State Guerrillas Militia has engaged in pre-operational planning for their activities dubbed Operation Gridlock, and intends to use gun trucks, medics, riflemen, navigators, and ground teams to scan for and eliminate threats,” the document states.

The group also “advises that their main purpose is to deny non-affiliated cars access to the crowd to ensure crowd safety, which may include blocking intersections.”

The APD documents also describe an individual who made a large purchase of hammers, hard hats, and megaphones at Harbor Freight Tools on July 29 in preparation for this event, and the subject “inquired if the hammers were strong enough to break car windows.”

The subject also asked about parking cones without a hole top to smother and contain police tear gas.

The internal documents also alarmingly explain how Antifa is planning to launch sniper attacks on police or anybody else who interferes with their downtown takeover.

“Info has been received that various members may be setting up overwatch/sniper positions in downtown area,” the document states, adding that Antifa is planning to deploy “Five subjects/snipers at each location, with climbing gear (grappling hooks, ropes etc) needed to reach rooftops if necessary.” 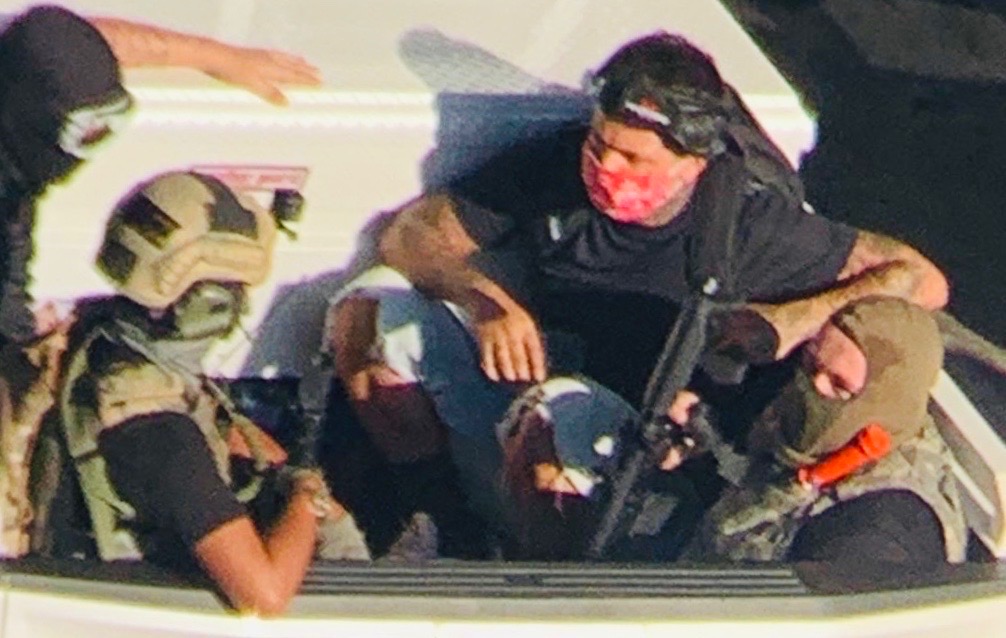 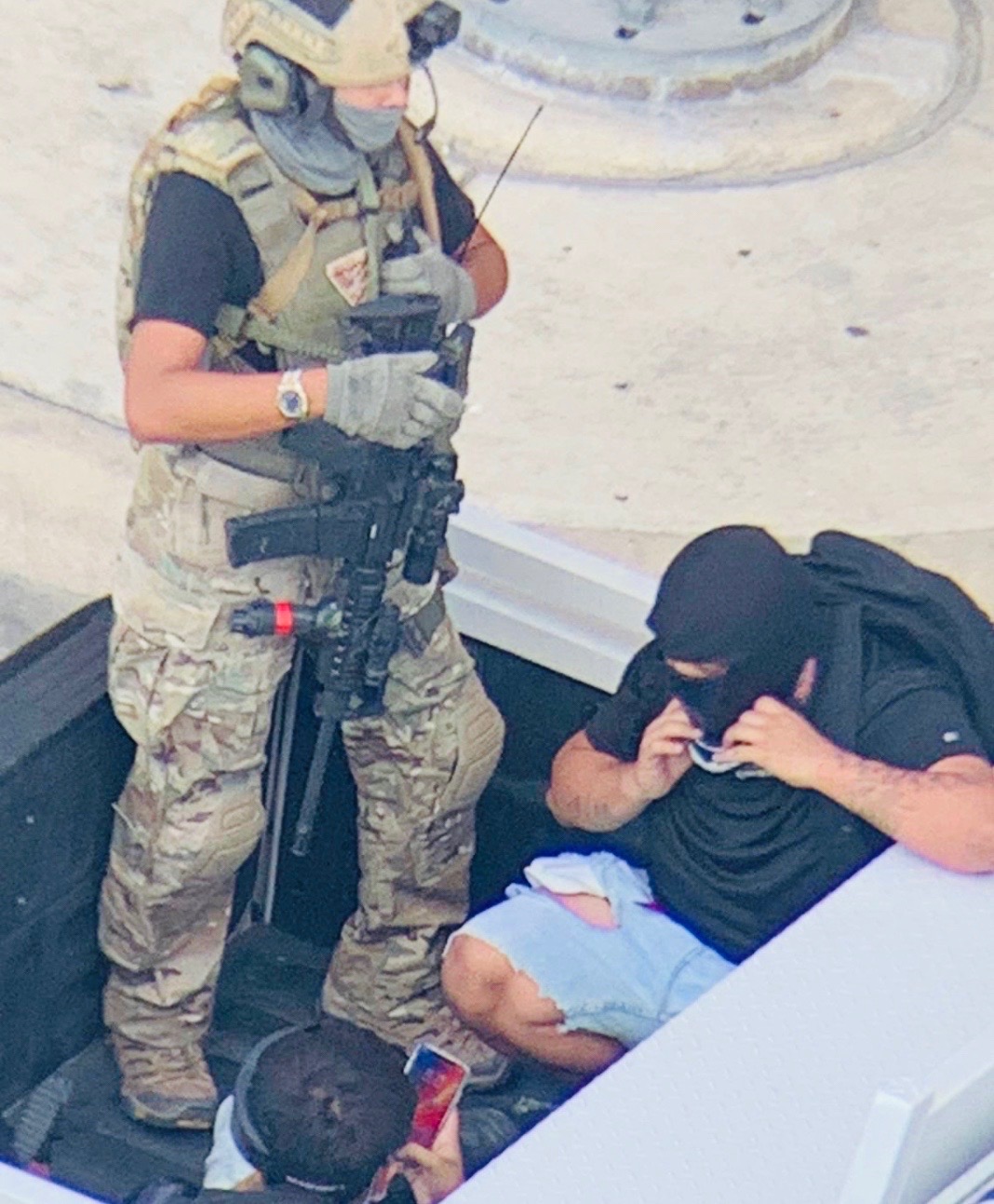 (These photos taken by Infowars downtown on Saturday show the “gun trucks”, left-wing activists armed with rifles scouting targets from the back of a pickup truck.)

Additionally, a memo corroborating this intel was issued by East Austin housing provider Guadalupe Neighborhood Development Corporation on Friday, warning tenants about Antifa being bussed in from other cities and posting snipers on nearby rooftops.

“Austin Police have informed some managers of apartments and condos near I-35 that people are coming to Austin tomorrow may be armed and have plans to get on top of buildings along I-35 frontage road,” the memo says. 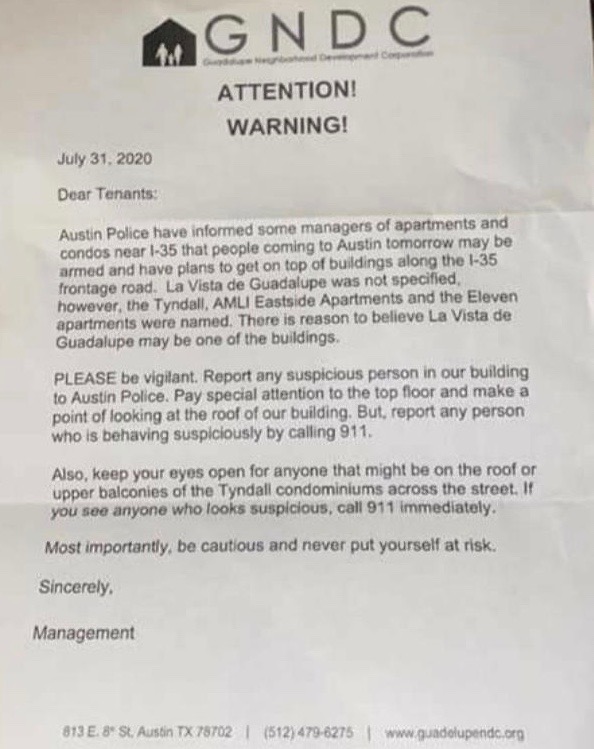 “Please be vigilant. Report any suspicious persons in our building to Austin Police. Pay special attention to the top floor and make a point of looking at the roof of our building.”

A former officer APD officer also told Infowars that APD’s explosive ordinance disposal unit (EOD) was recently dispatched and found explosives in a room, and referenced that they had expected an attack on APD HQ with explosives as part of this protest, similar to the one used in Seattle that injured 21 officers last week.

This major escalation by Antifa comes a week after one of their own was shot and killed in downtown Austin last week after reportedly pointing his AK-47 at a driver, who exercised his Second Amendment right of self-defense.

That incident was then used by Austin Mayor Steve Adler to justify ordering APD to stand down while these violent elements consolidate, which has forced APD’s hand to reveal these plans to Infowars before the violent demonstrations begin Saturday night.

Remember, The New York Times put out a full-page ad in 2017 by “Refuse Fascism” calling for the violent overthrow of President Trump and Vice President Mike Pence. This just the continuation of the left’s multi-year revolution against America.

All made possible by the corrupt corporate Multinational media machine.