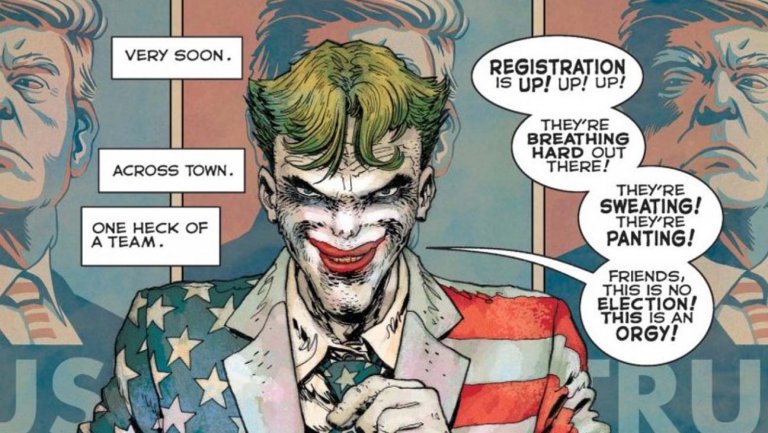 While Trump isn’t directly named in the book, obvious references to him are found multiple times.

The two villains are seen helping a man resembling the president’s physique into the Oval Office, and the Trumpian character also repeats some of Donald’s most popular phrases.

Additionally, a jacket worn by the Joker is made of a U.S. flag and sports the words “I Really Don’t Care, Do U?” on the back, mocking a similar jacket worn by First Lady Melania Trump last year.

Apparently, Miller hasn’t heard the phrase, “Get woke, go broke,” which essentially means companies who try to adhere to liberal political correctness tend to lose money in the aftermath.