City councilors in Berkeley, California, have approved changes to the municipal code which will see “gender preferential language,” such as ‘manhole’ and ‘patrolmen,’ replaced with “gender neutral” terms.

City Councilman Rigel Robinson, a 23-year-old who recently graduated from the University of California at Berkeley, co-sponsored the ordinance.

In addition to replacing all references to “He, She, Him, Himself, Herself” in the existing code, an expandable list of “Gendered Terms” will be replaced, including: “Bondsman,” “Craftsmen,” “Fraternal,” “Manmade,” “Manhole,” and “Ombudsman.”

“Sorority” and “Fraternity” will be replaced by “Collegiate Greek system residence.”

The entire phrase, “The masculine pronoun includes the feminine,” will be replaced with “Words referring to a specific gender may be extended to any other gender.” 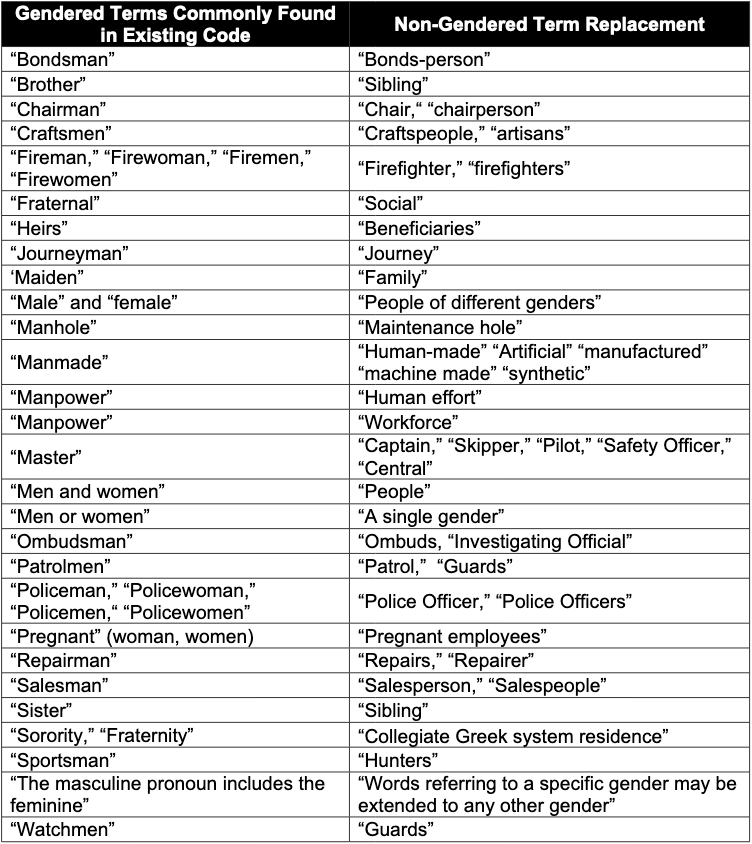 “Tonight, Berkeley City Council adopted first reading of an ordinance responding to my proposal revising the municipal code to include gender neutral pronouns,” Councilman Robinson tweeted after Tuesday’s vote. “There is power in language. This is a small move, but it matters.”

Tonight, Berkeley City Council adopted first reading of an ordinance responding to my proposal revising the municipal code to include gender neutral pronouns. There is power in language. This is a small move, but it matters. #berkmtg https://t.co/njo58NYgNw

More recently, Councilman Robinson shared a screenshot of his response to an email received from a producer of Tucker Carlson Tonight inviting him to appear on the program.

“Unfortunately I won’t be able to come on the show,” Robinson wrote. “Tucker Carlson is a dangerous, xenophobic, racist, white supremacist goblin who I’m not interested in engaging with.”

MFW theres a fascist in the white house https://t.co/m3jD9ipjXB

Robinson also shared an image of himself appearing to be in attendance at a protest against the Trump administration, writing, “MFW there’s a fascist in the White House.”

Mike Adams discusses why it would be a good idea to prepare for the worst in a world where the liberal mob is bent on dominating and destroying humanity.