A report by the FBI details incidents from 2018 and 2019 where Chinese scientists were caught carrying undeclared and unofficially labeled viruses and flu strains.

The biologist told the agents that he was tasked with delivering the vials to a researcher at a U.S. institute, but examining the vials, customs agents came to a shocking realization. 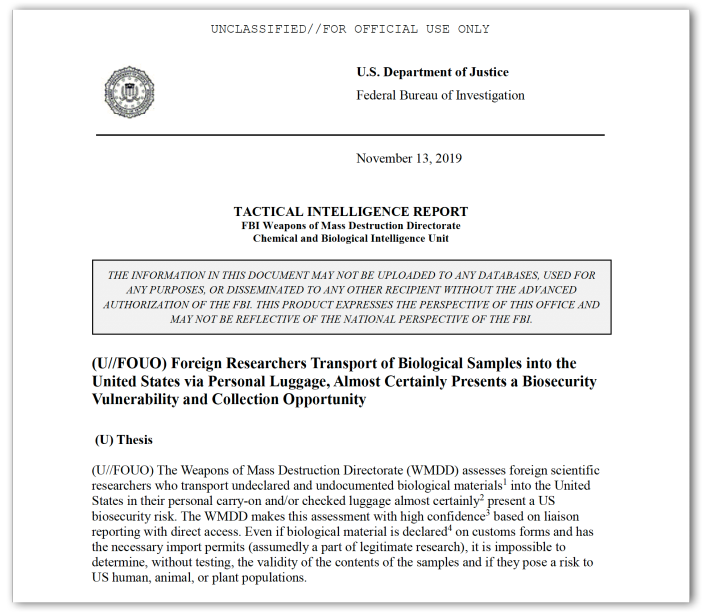 The report by the Chemical and Biological Intelligence Unit of the FBI’s Weapons of Mass Destruction Directorate (WMDD) does not reveal the name of the Chinese scientist carrying the deadly samples, or the intended recipient in the U.S., but concludes that the incident is part of a disturbing pattern. 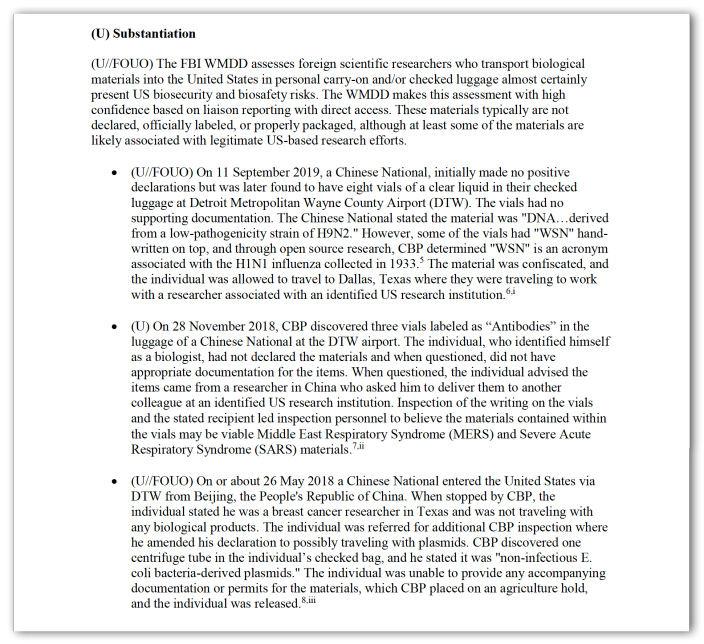 In September 2019, just months before coronavirus was identified in Wuhan, China, another Chinese scientist was intercepted by customs agents carrying eight vials of a “clear liquid” that agents later determined to be a strain of H1N1 influenza.

And in May 2018, a Chinese scientist was found carrying “non-infectious E. coli bacteria-derived plasmids.”

The report summarizes the incidents as clear “biosecurity risks.”

“The Weapons of Mass Destruction Directorate assesses foreign scientific researchers who transport undeclared and undocumented biological materials into the United States in their personal carry-on and/or checked luggage almost certainly present a US biosecurity risk,” reads the report. “The WMDD makes this assessment with high confidence based on liaison reporting with direct access.”

Authorities released the three scientists after confiscating their materials.

Joel Skousen joins The Alex Jones Show to break down the statistic evidence that the coronavirus is a hoax targeting the American economy.