To deter looting, black business owners in Minneapolis are guarding their stores armed with AR-15s and AK-47s.

Additionally, business owners are also putting up “minority owned” and “black owned” signs on their door to try and dissuade looters from striking their stores.

The scene reveals the appeal of semi-automatic rifles for self-defense during urban unrest, rifles of which are often criticized by anti-gun activists as being “unnecessary” for the public.

It’s a scene reminiscent of the 1992 LA Riots in which minority business owners were arming themselves to deter looters from their stores: 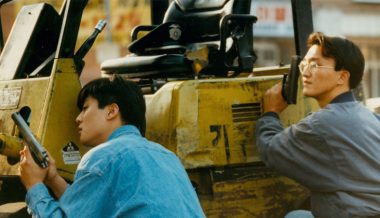 It’s not uncommon for some insurance policies to not cover civil unrest, meaning that many business owners would be wiped out financially if their stores are looted or destroyed, which is why many owners are motivated to protect their livelihoods.

Some business owners living paycheck-to-paycheck might not even have insurance, especially as the recent coronavirus lockdowns killed their revenues.

Interestingly, over the past few years, gun ownership among African-Americans has surged in the US.

“In 2012, the Pew Research Center conducted a national survey and found that only 29% of African-American households viewed guns as positive,” reported the National African-American Gun Association. “In 2015, that same survey showed a dramatic jump to 59% where now a majority of African-American families see guns as not only a positive thing but, in many cases, a necessity.”

“African Americans in record numbers are now joining gun clubs, going to the gun range, participating in outdoor hunting, and even participating in competitive shooting events,” the organization continued. “Single Black women are now one of the fastest growing demographic groups in the African-American community who are purchasing guns for protection.”