“Our nation has lost a justice of historic stature,” Chief Justice John Roberts said in a statement. “We at the Supreme Court have lost a cherished colleague. Today we mourn but with confidence that future generations will remember Ruth Bader Ginsburg as we knew her, a tired and resolute champion of justice.”

Ginsburg had been in ailing health in recent years, having undergone medical treatment in May, and major surgeries in 2018 and 2019.

Because of this, Ginbsurg was also rarely seen in public in the last couple of years, to the point where conspiracy theories surfaced claiming she had already died. 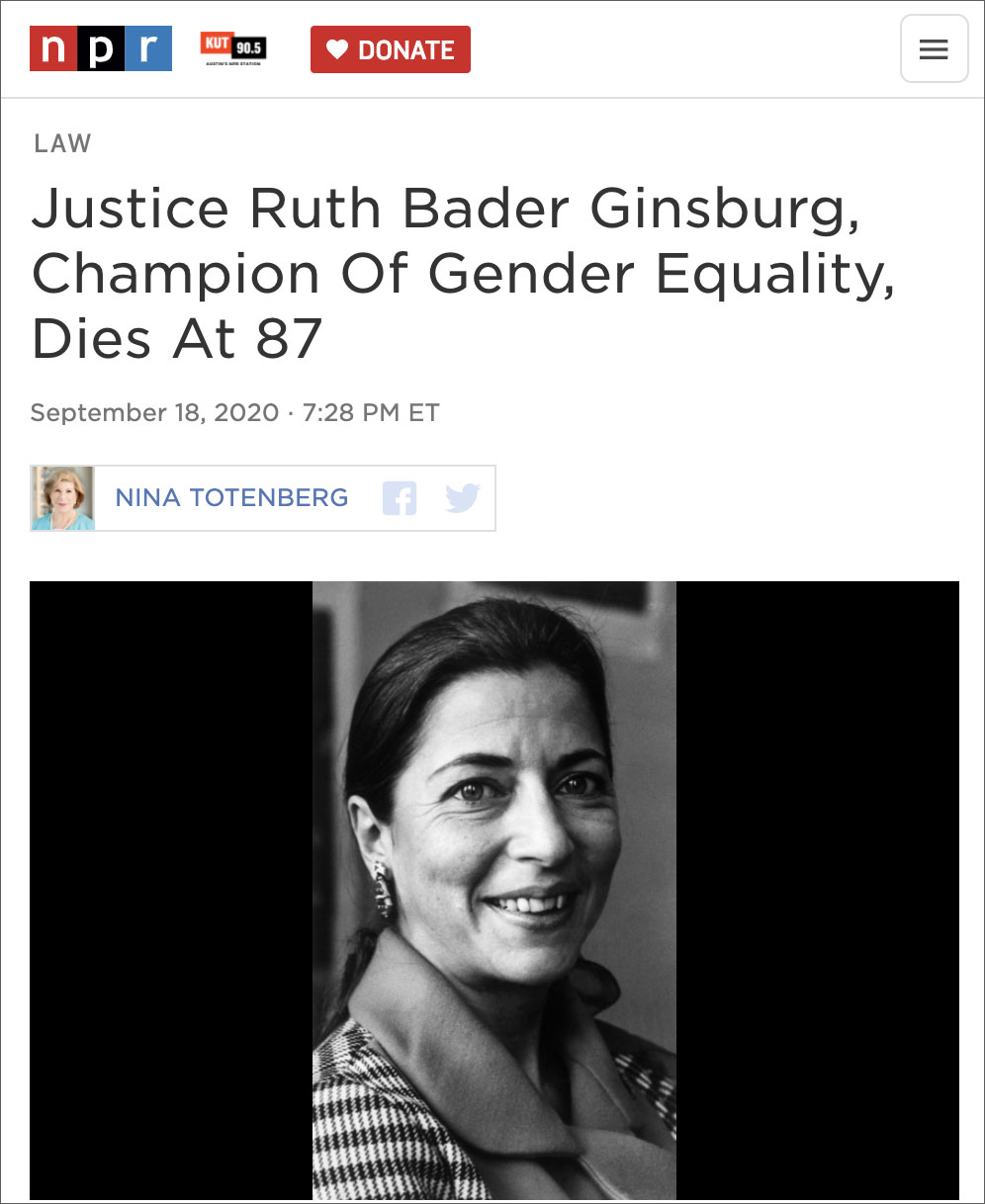 If Trump succeeds in filling Ginsburg’s seat with a justice in the mold of his two other appointees to the court, Neil Gorsuch and Brett Kavanaugh, it will be the court’s most extreme ideological shift since President George H.W. Bush nominated Clarence Thomas to replace legendary civil rights lawyer Thurgood Marshall in 1991.

Adam Feldman, who runs the Empirical SCOTUS blog, wrote recently that Ginsburg’s departure could be the left’s “biggest loss yet.” He pointed to some of the recent liberal victories on the court that would presumably have gone the other way if Ginsburg had been replaced with a conservative. Those cases include the affirmative action decision in Fisher v. University of Texas; Obergefell v. Hodges, which legalized same-sex marriage; National Federation of Independent Business v. Sebelius, which upheld most of Obamacare; and Women’s Health v. Hellerstedt, which struck down restrictive abortion laws in Texas.

For this reason, the confirmation fight over Ginsburg’s replacement promises to be every bit as brutal as that of Kavanaugh, whose nomination was marred by allegations that he had sexually assaulted a woman in high school. The fact that it will take place during a pandemic in the middle of a presidential election promises to make the fight an ugly one, especially given that Senate Republicans prevented President Barack Obama from confirming a nominee to the court to replace the late Justice Antonin Scalia in 2016.

SCOTUS ignores the Constitution yet again. The best example of 5 wolves & 4 sheep voting on who is for dinner.