“Apparently @GovWhitmer believes she is a duly elected dictator of a socialist country,” Owens tweeted. “The people of Michigan need to stand up to her. Open your businesses. Go to work. The police think she’s crazy too. They are not going to arrest 10,000,000 people for going to work.” 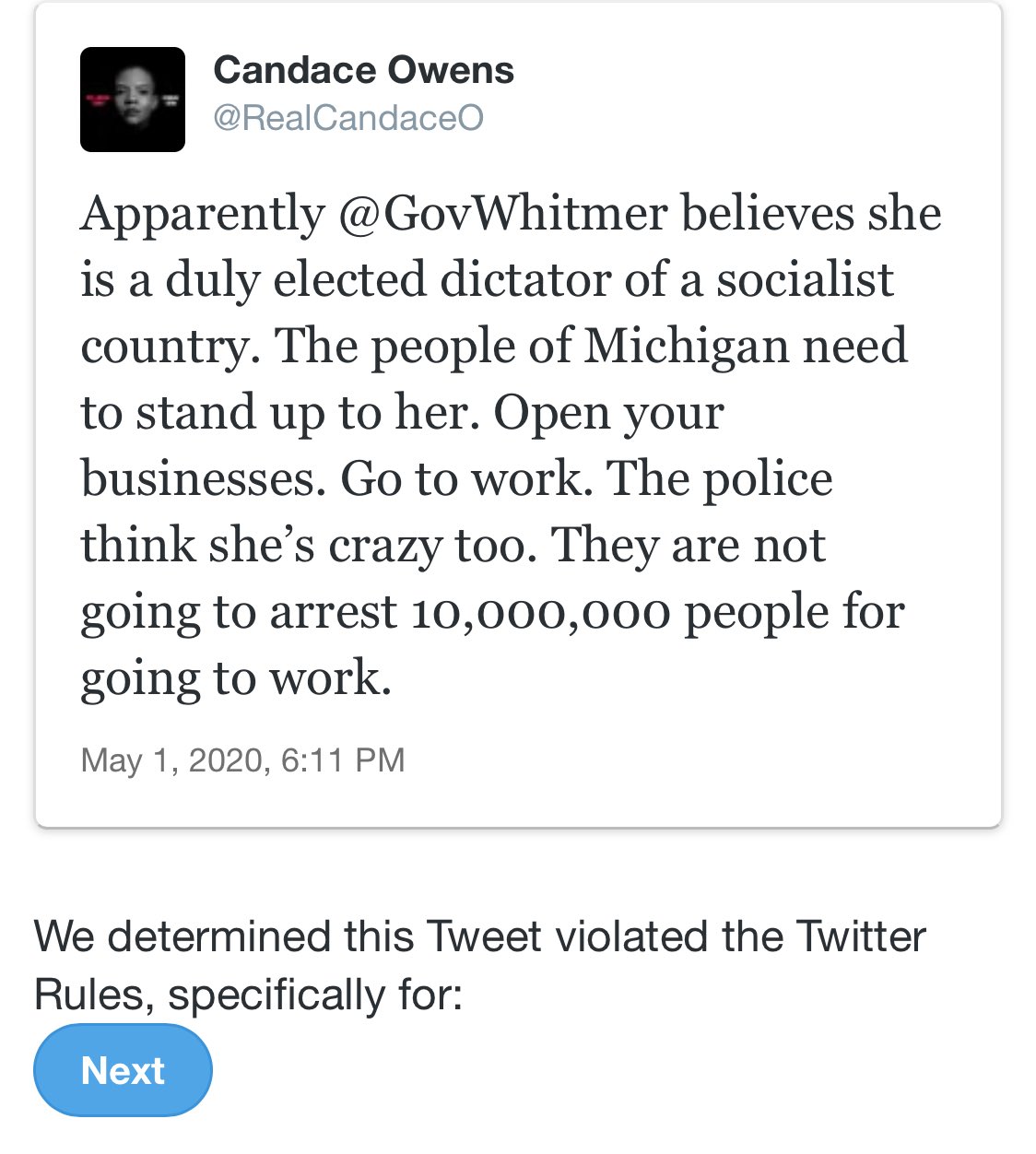 It’s unclear exactly how Owens violated Twitter’s rules, especially given the social media platform did not provide a reason for her suspension.

Following her suspension, Owens pointed out the hypocrisy of her First Amendment rights being violated by Twitter for encouraging people to work while leftist cheerleaders like Rep. Alexandria Ocasio-Cortez (D-N.Y.) openly call for protests and boycotts not to work on the same platform.

“Twitter has locked me out of my account but has decided to omit which of their policies I have violated,” Owens told The Gateway Pundit. “Apparently, encouraging citizens to go to work is a violation, but Alexandria Ocasión Cortez encouraging workers to boycott and protest is not.”

“I stand by my statement about Governor Whitmer acting as a dictator. Both the Sherriff Departments and the citizens, and the state legislature of Michigan are in agreement with me. I will not kowtow to a socialist world order that seeks to limit my constitutional freedom of speech,” she added.

Constitutional lawyer Robert Barnes explains the collusion between Big Tech and the leftist tyrannical governors determined to keep their states under lockdown.