The affidavit against the Christmas parade killer states that Darrell Edward Brooks Jr drove in a zig zag pattern in order to “hit as many” people as possible,” confirming yet again that the massacre was a deliberate attack.

Ever since the incident, the media has tried to play down any possibility that the attack was motivated by Brooks’ extremist political views, his support for BLM or violent hatred for white people.

This was exemplified in the hours after the tragedy, when numerous outlets falsely reported that Brooks was merely trying to flee the scene of an earlier crime, a narrative that served to diminish the explanation that the massacre was a deliberate attack.

After police confirmed that they were not chasing Brooks as he ploughed through the Christmas parade in Waukesha, the affidavit against the killer reveals more crucial details about the deliberate nature of what happened.

According to eyewitness Officer Butryn, the vehicle “appeared to rapidly accelerate” and “took an abrupt left turn into the crowd of parade participants.”

Breaking: The affidavit against the #Waukesha massacre suspect has been released. We learn new details, including that there were 62 injured, that the driver stopped then accelerated, & that witnesses said driver drove in zigzag to hit as many as possible. https://t.co/7STSzmNzMk pic.twitter.com/jGHWL2vQx2

This made it clear to the officer that he was seeing “an intentional act to strike and hurt as many people” as possible.

Officer Butryn then observed the vehicle “to be intentionally moving side to side, striking multiple people.”

Another eyewitness who spoke to police at the scene said the SUV was driving in a zig zag pattern with “a direct intent to hit as many parade participants.” 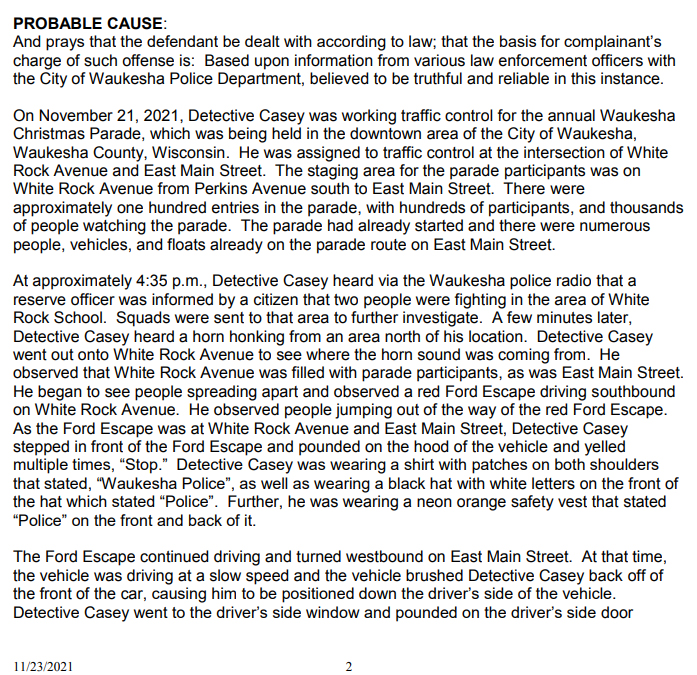 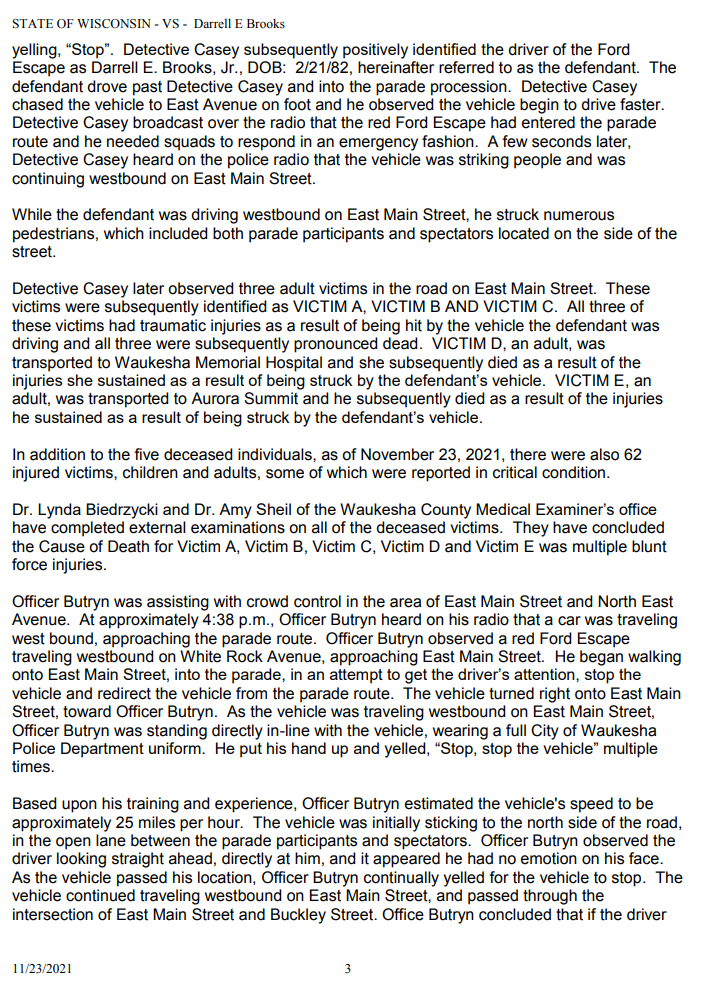 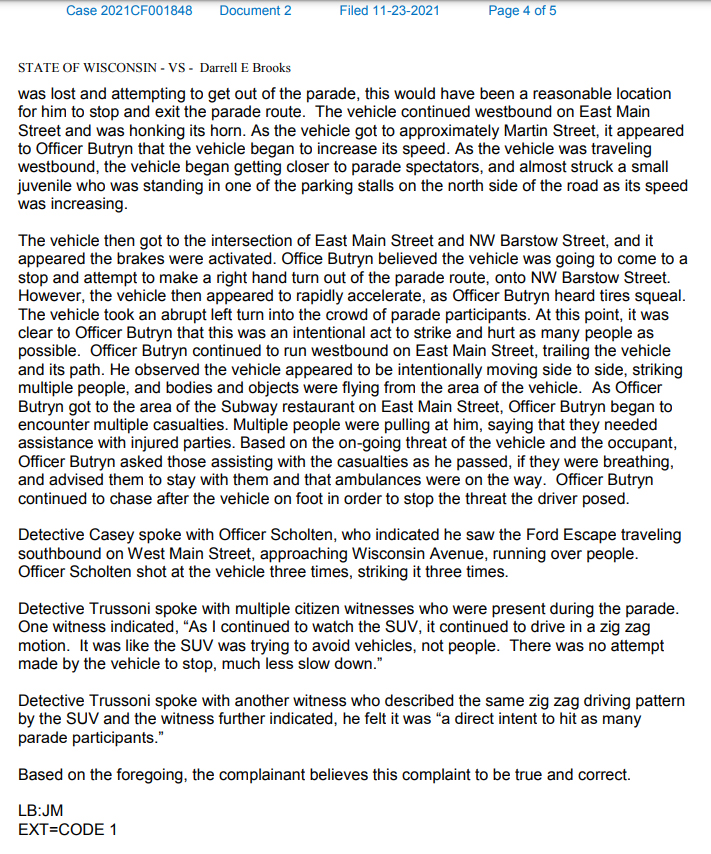 Brooks killed 6 people and injured at least 62, while 13 children remain hospitalized and 6 are in critical condition.

The question remains; why did he do it?

As Chris Menahan notes, the media is still referring to the massacre as a “parade crash” or even an “accident,” refusing to acknowledge that it was a deliberate attack. The media appears to be completely uninterested in what motivated Brooks to carry out the massacre in Wisconsin just two days after the Kyle Rittenhouse verdict.

It’s becoming abundantly clear that this was a domestic terror attack, or at least a violent hate crime massacre, motivated by Brooks’ race hate and political extremism.

But just like the Las Vegas massacre, don’t expect the true motive to ever be revealed, because it doesn’t fit the narrative.