Come and take it, Beto O’Rourke. You’ll never get our guns.

Over 150 nations have been disarmed by tyrannical governments over the last 150 years in an effort to create subservient populations.

Only the United States, Switzerland and, to a certain extent, Israel acknowledge the people’s inalienable right to keep and bear arms. But now, the forces of globalism are hell-bent on completing their conquest of the U.S.

Establishment puppet Beto O’Rourke has become the mouthpiece of the victim disarmament lobby and has pledged, quote “Hell yes, we’re going to take your AR-15, your AK-47.”

That’s why we’ve promptly come out with this new shirt in response that’s available in three colors at InfowarsStore.com. 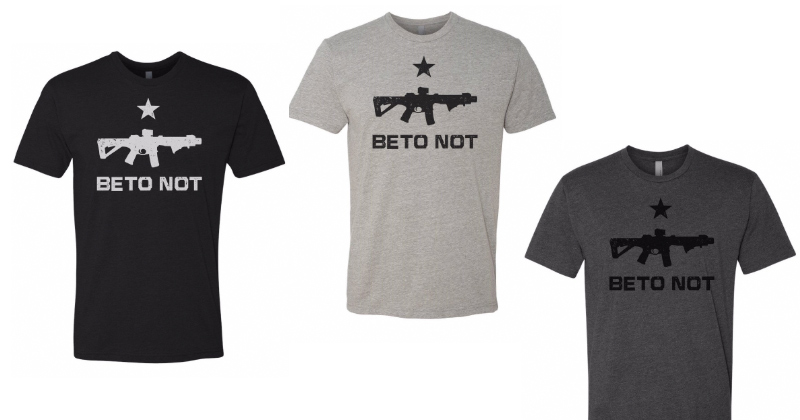 But make no mistake: this shirt doesn’t just defend the Second Amendment – it also exercises the First Amendment, another inalienable right the globalists are waging war against, in support of the right to keep and bear arms.

Let these globalist servants and traitors know that we will NEVER submit to their tyranny and we will exercise our First and Second Amendment rights.

Remember, we’ve always had these rights – and the Bill of Rights merely recognizes rights that the people already had at birth.

This shirt reminds them that the United States will prosper outside of their criminal grasp.