The Netflix movie ‘Cuties’, which has received a massive backlash for sexualizing children, also features subtly placed Communist hammer & sickle messaging in some of its scenes.

“Oh look, there’s the communist symbol paint over the graffiti in the background and prominently displayed during this gross scene. Could it be some sort of message?” asked Twitter user GhostJim.

Oh look, there’s the communist symbol paint over the graffiti in the background and prominently displayed during this gross scene. Could it be some sort of message? pic.twitter.com/ZdaRu60Ad0

The scene clearly shows that a communist hammer & sickle has been painted over the graffiti on a wall behind the characters.

It’s obvious that the symbol stands out from the rest of the graffiti and was deliberately put there by the film makers. 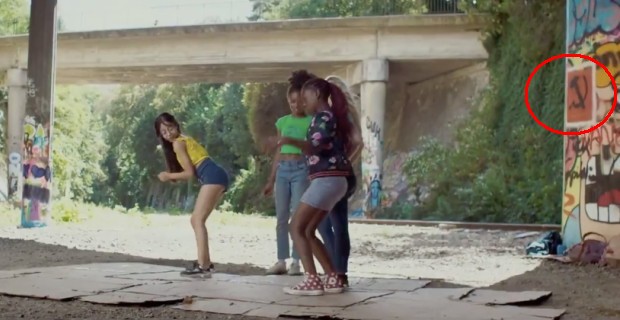 Despite the fact that Netflix was forced to apologize for a poster promoting the movie last month, the streaming platform refused to apologize for the film itself and in fact defended the movie as a “powerful movie” and a “social commentary against the sexualization of young children.”

This despite the fact that the movie continues innumerable overt scenes of pre-teen children performing sexually suggestive dances, portrays them watching pornography and in one scene shows one of the girl’s breasts.

The number of “journalists” who have defended the vile production also emphasizes once again how the entertainment industry and the media is literally run by perverts and nonces.