While the president most certainly did condemn support from white supremacists during the debate, agreeing with Wallace’s request to condemn them by answering “Sure” twice, leftist mainstream media outlets, such as CNN, WAPO and the New York Times, all fabricated headlines based on the disingenuous interpretation of Trump’s remarks. 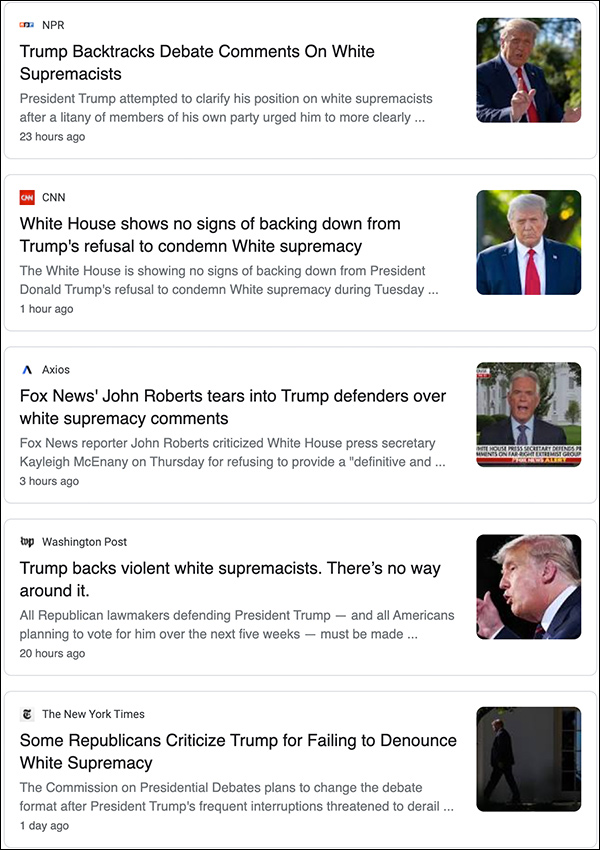 The lying fake news media is also aware Trump has disavowed support from white supremacists and neo-Nazis long before Tuesday’s debate, as the following compilation shows:

Alex Jones and Deanna Lorraine cover and comment on the first presidential debate between President Donald Trump and Vice President Joe Biden. If you looking for Alex and Deanna’s thoughts and analysis live and to the moment, look no further!