Kellogg’s has announced the rollout of its new LGBT-themed cereal to celebrate diversity and inclusion.

The company launched its “All Together” cereal to promote “Spirit Day,” a day for LGBT awareness, despite the fact there’s an entire month now dedicated to the LGBT community.

“As part of #SpiritDay we are launching a new “All Together Cereal” and donating $50,000 to support GLAAD’s anti-bullying and LGBTQ advocacy efforts. Get your limited edition box of ALL TOGETHER cereal at http://kelloggstore.com,” the company tweeted Thursday.

As part of #SpiritDay we are launching a new “All Together Cereal” and donating $50,000 to support GLAAD’s anti-bullying and LGBTQ advocacy efforts. Get your limited edition box of ALL TOGETHER cereal at https://t.co/oFb3iSGmvZ pic.twitter.com/QwumdUdLuP

Gay website PinkNews couldn’t contain its excitement for the LGBT breakfast, saying that now “you can start your day with maximum gay. If you’re a fan of breakfast and being gay, we have grrrrreat news for you!”

“We all belong together. So for the first time in history, our famous mascots and cereals are offered exclusively together in the same box for All Together Cereal. It’s a symbol of acceptance no matter how you look, where you’re from or who you love. We believe that all people deserve an environment where they can be their best selves.”

Great! It’s not like we have enough corporations virtue-signaling their social justice wokeness, do we? 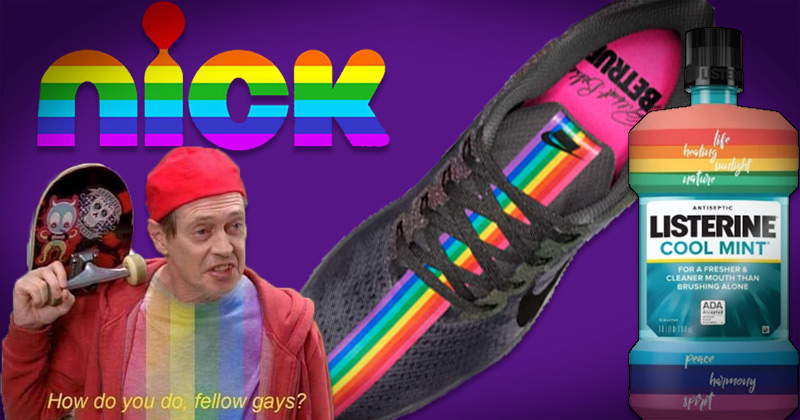 Even “Saturday Night Live” and “Reason” are mocking CNN’s LGBT Townhall where Democrats tried to outdo each other with mandates, bans, intolerance & bigotry to pander to the LGBT, promising to weaponize the Federal government against religious freedom and free speech.