Alex Jones and the Infowars crew take on the powerful, well-funded leftist censorship machine in the ultimate battle for free speech, in an incredible work of art created by an Infowars listener.

“A tribute meme to the INFOWARS team envisioned as the Avengers from the MCU movie ‘The Avengers Endgame’. Battling the evil forces of MSM & Big-Tech censorship led by the Globalist Overlord Thanos!… I mean $oros!!😂” illustrator Mike Sanders wrote on Facebook. 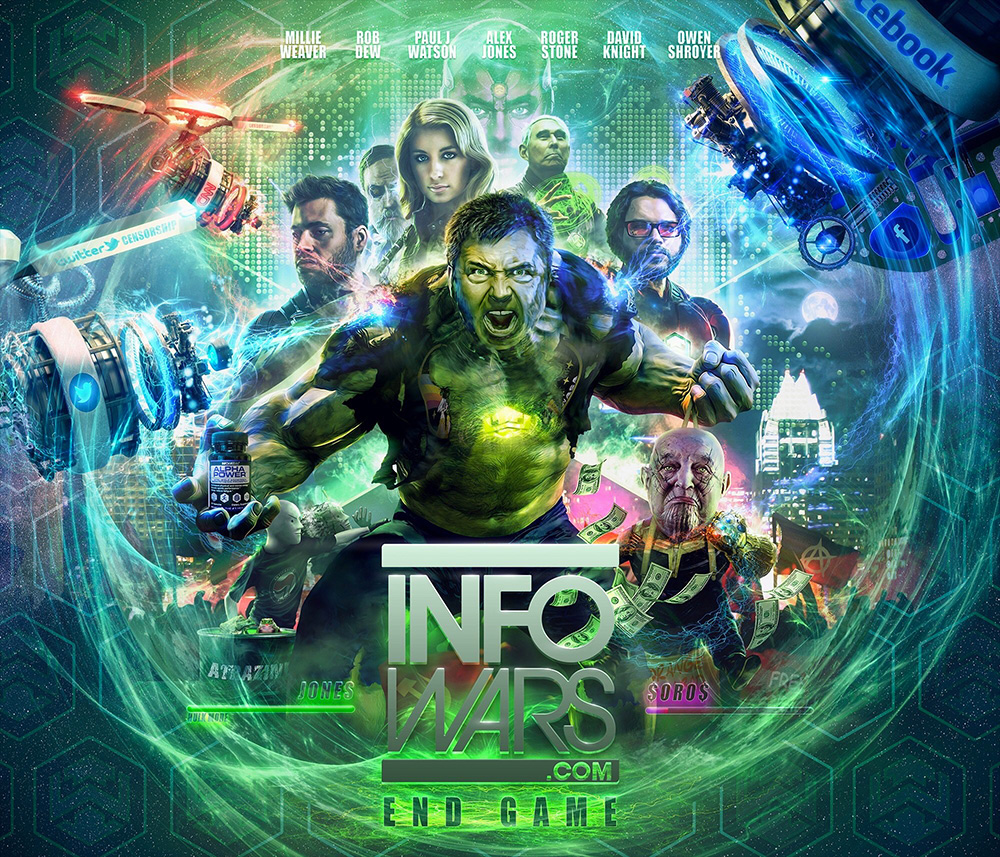 Sanders is the same illustrator who created the design for Infowars’ Trump-Medusa shirt, available at Infowarsstore.com.

Pick up a bottle of Alpha Power today to help us continue the epic fight for freedom!