With the possible exception of a few extreme environmentalists, everyone agrees that robust long-run growth is a key to a better society.

An unprecedented jump in growth, for instance, is what enabled the western world to escape poverty, resulting in the famous “hockey stick” of modern prosperity. 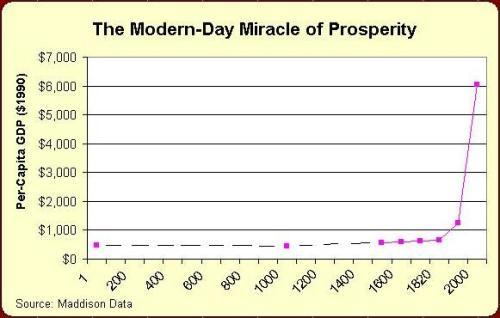 Maintaining growth is an ongoing challenge for developed countries, to be sure, and it’s also vitally important to help developing nations grow and prosper.

Which is why policymakers should focus on the policies that generate good outcomes.

Libek, a think tank in Serbia, has released a study on this topic. They start by pointing out that we now have some good measures of economic liberty in various nations.

…the Economic Freedom in the World Index in 1996 by the Fraser Institute…was the first methodological tool that measured intrusion in functioning of the market process by government entities, either directly through government intervention or indirectly though regulation and market institutions. A similar index, Index of Economic Freedom, produced by the Wall Street Journal and the Heritage Foundation soon followed… Since this very successful tool was invented, it has been widely employed in empirical studies…, the most important were concerning the role of economic freedom in fostering economic growth. …empirical studies mostly concluded that there is a significant connection between economic freedom and economic growth.

Since I’m always citing the Fraser Index and the Heritage Index, I agree that these are very helpful sources of data.

And lots of academics also use those numbers.

So Libek took a close look at this wealth of empirical research.

The folks at Libek have a big incentive to care about these issues because Serbia is a reform laggard.

Here’s a chart comparing economic freedom in Serbia with other European regions. 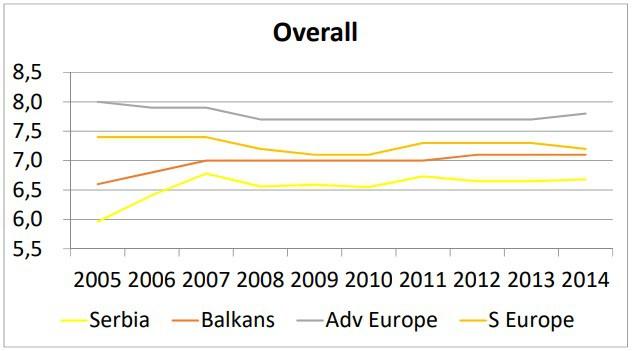 And here is why economic reform is so vitally important for the people of Serbia.

Serbia remains one of the poorest countries in Europe, measured by GDP, with just 5 000 euros per capita. These low growth rates do not provide a possibility for development and closing the gap with more advanced European economies. …A study estimated future economic gains through higher economic freedom (Gwartney and Lawson 2004) reporting that 1-point increase in economic freedom (measured on a 1 to 10 scale) would increase long term rate of economic growth for 1.24% of GDP. Therefore, if Serbia would increase its score from the current 6.75 to 7.75 points – the approximately current level of Austria or Germany, Serbian long-term growth rate would increase from the envisaged 2% in 2017 (and estimated by the IMF to stand at 3.5% in 2018 and 2019) to 5.25% in 2020 and afterwards. This growth rate would enable a fast income convergence with other European countries, with GDP level per capita doubling in 14 years.

Amen. Serbia has the capacity to “converge,” but that won’t happen without economic liberalization.

For non-Serbians, the parts of the Libek report that will be of greatest interest deal with examples of nations that are out-performing their neighbors.

The importance of economic freedom is well shown by the most important case studies from different continents: Chile (South America), Singapore and Korea (East Asia), and Botswana (Africa). In all these prominent cases, economic freedom propelled these societies to a high and sustainable economic growth which led them to prosperity, compared to their neighbors.

The report specifically looks at the long-run data for countries that have sharply diverged from regional competitors.

Let’s start by comparing Chile with the rest of South America. As you can see, Chile’s dramatic economic liberalization led to far higher levels of national prosperity. 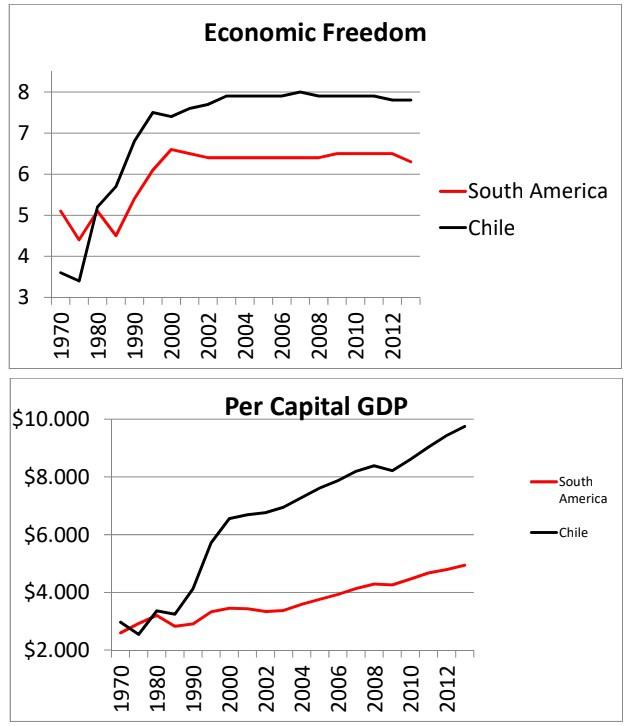 Now let’s compare Botswana to the rest of Sub-Saharan Africa.

I did something similar back in 2015 and also earlier this year, so this remarkable data is impressive but not surprising. 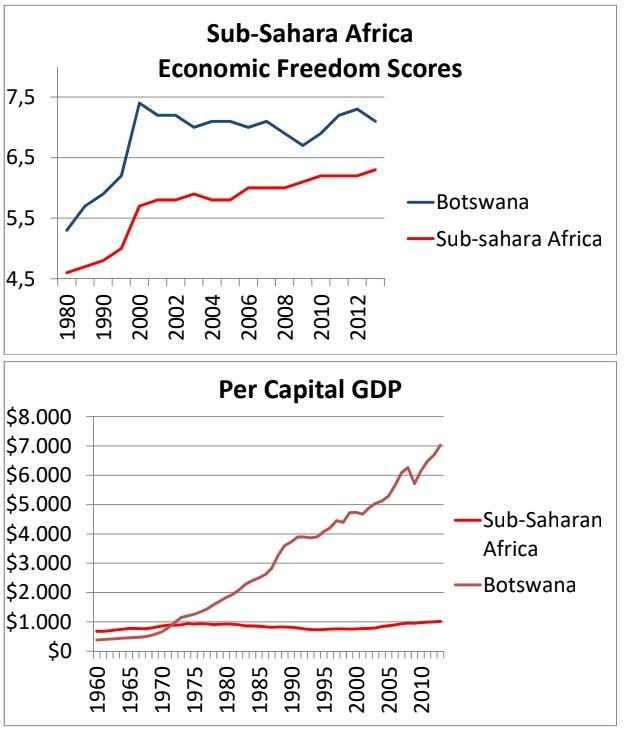 Last but not least, let’s compare Singapore and South Korea to their neighbors. 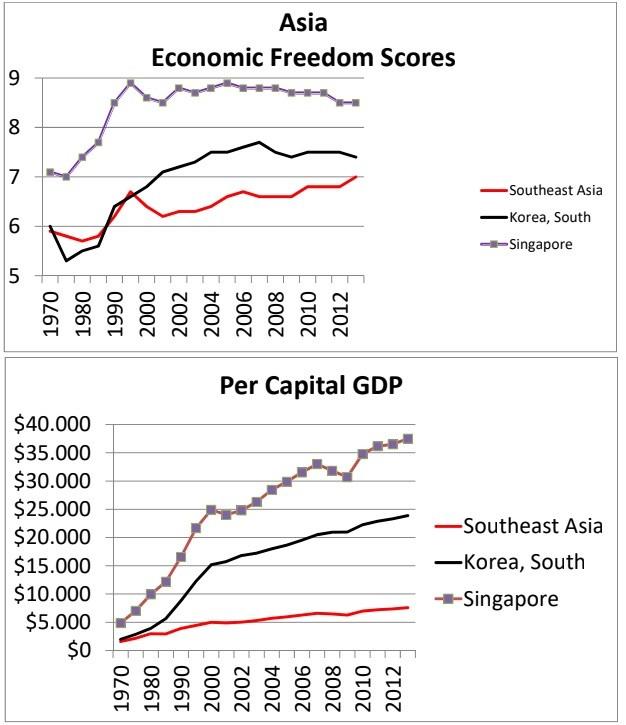 Once again, we see a compelling link between economic liberty and economic outcomes.

The lesson is not that nations need perfect policy (even Hong Kong has some statism). Instead, the message is that governments should strive to increase economic liberty – hopefully in big ways but even small reforms are helpful – so that there’s more “breathing room” for the economy’s productive sector.