A photograph showing a Green Party leader holding a disposable cup was edited to depict her instead clutching a reusable cup with a metal straw and featured on the party’s homepage, according to reports.

“In an era of ‘fake news’ controversies, photoshopping a reusable metal straw and a reusable cup into the hand of Green Party Leader Elizabeth May would not be the greatest idea,” the National Post reports. “But that’s what the Green Party did and then prominently displayed it on the party website.” 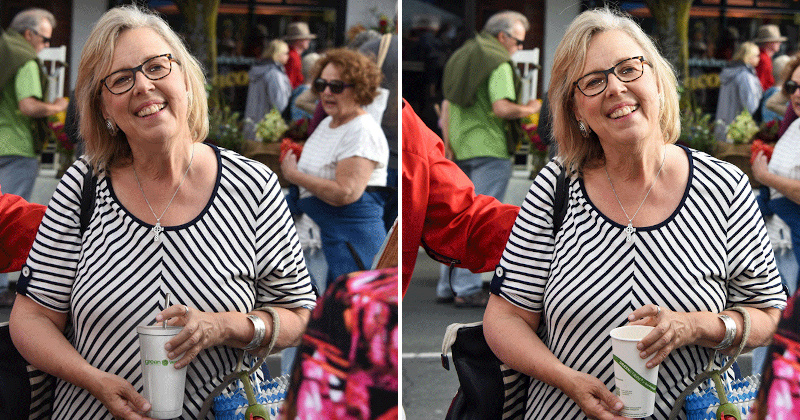 A party spokeswoman initially told the Post that May “had been holding a reusable cup in the original photo, but that Photoshop was used to add in a different cup that displayed the Green Party logo,” as well as a metal straw, but claimed she was unable to locate a copy of the original photo.

However, even this bit of damage control turned out to be ‘fake news,’ as the Post later tracked down the original image, and discovered May had actually been holding a single-use, disposable cup.

“It would probably be good practice for official political parties to avoid photoshopping images,” Britt Paris, a researcher at the Data & Society Research Institute, told the Post.

Ms. May claims she was “completely shocked to find that the party had photoshopped an image of me from last year’s Sidney Street Market.”

“My personal daily practice is to avoid single-use plastic items 100% of the time. I never drink from plastic water bottles. I always carry my own reusable coffee cup. I carry my own bamboo utensils. I walk the talk every day. I hope that despite this misstep by well-meaning party staff (who hoped to brand the image with our logo), people can believe that in the original photo there is nothing I would have hidden.”

Watch the video of Greta Thunberg attempting to stare down President Trump.