A gun store in Arizona is running a “Beto Special” on an AR-15 style rifle after presidential candidate Beto O’Rourke revealed he wants to confiscate the weapon from law-abiding Americans. 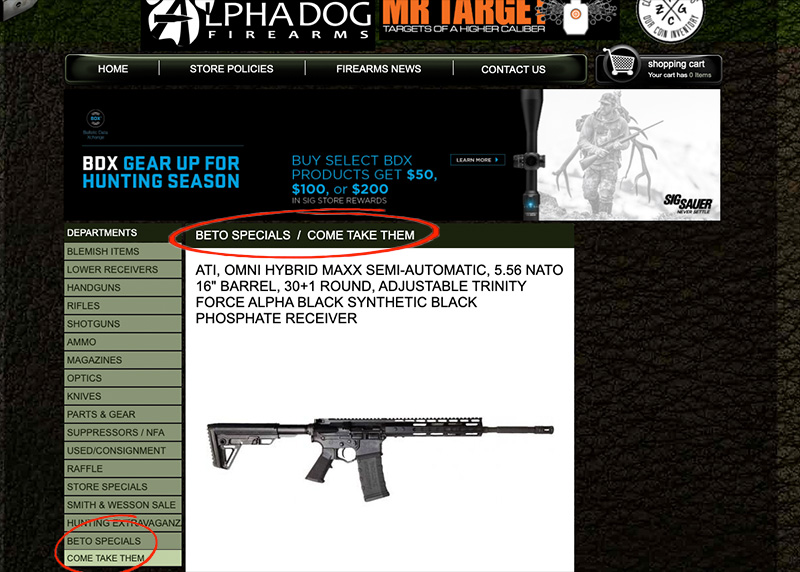 “Beto O’Rourke said ‘hell yes we’re taking your AR’s.’ Well Beto, we’re discounting AR15’s to such a low price that EVERY AMERICAN can afford one,” Alpha Dog wrote in a Facebook post. “How about the low low price of just $349.99? Yeah, that works.” 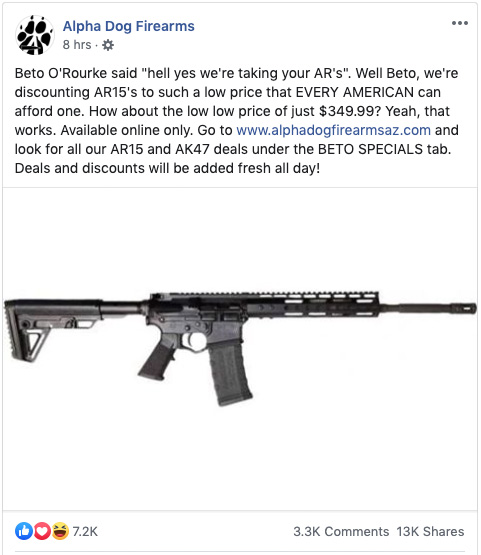 One sale offered an American Tactical Import Omni Hybrid Maxx Semi-automatic rifle for $349.99, with more sales to be added, the gun store claimed.

During Thursday’s Democrat debate, Beto answered one question by going on an anti-gun rant in which he stated, “Hell, yes, we’re going to take your AR-15, your AK-47. We’re not going to allow it to be used against your fellow Americans anymore.”

Beto: “Hell, yes, we’re going to take your AR-15, your AK-47. We’re not going to allow it to be used against your fellow Americans anymore.” pic.twitter.com/LkAdc8eYNE

Alex Jones also has a special message for Beto: