Oregon politician Jonathan Lopez has admitted to police that he sent an “anonymous” racist and threatening letter to himself in an apparent bid to advance his political career.

A man who claimed he received a hate-filled, racist letter from an anonymous person allegedly wrote the letter himself, Hermiston Police say.

Chief Jason Edmiston tells KEPR-TV News that the criminal investigation for second-degree intimidation due to the racist, hate-filled letter received by Jonathan Lopez on June 23 has been closed. The matter will be referred this week to the Umatilla County District Attorney’s Office for initiating a false report – a Class A misdemeanor in Oregon.

Edmiston says the investigation has shown that Jonathan Lopez wrote the letter himself and made false statements to the police and on social media. The end result is a verbal and written admission by Lopez that the letter was fabricated.

Additionally, the Hermiston Police are sending the Office of the District Attorney verifiable information of potential election fraud as it pertains to the Stolen Valor Act of 2013 and other false credentials presented by Mr. Lopez during his run for county commissioner. This in conjunction with a lengthy criminal history record may result in the filing of additional charges.

Lopez is also being accused of lying about having served in the US Coast Guard in violation of the 2013 Stolen Valor Act.

The media is censoring the full letter to hide the sick, twisted fantasies he made up to demonize all white Christian Americans, nonetheless I managed to find a full copy (LANGUAGE WARNING): 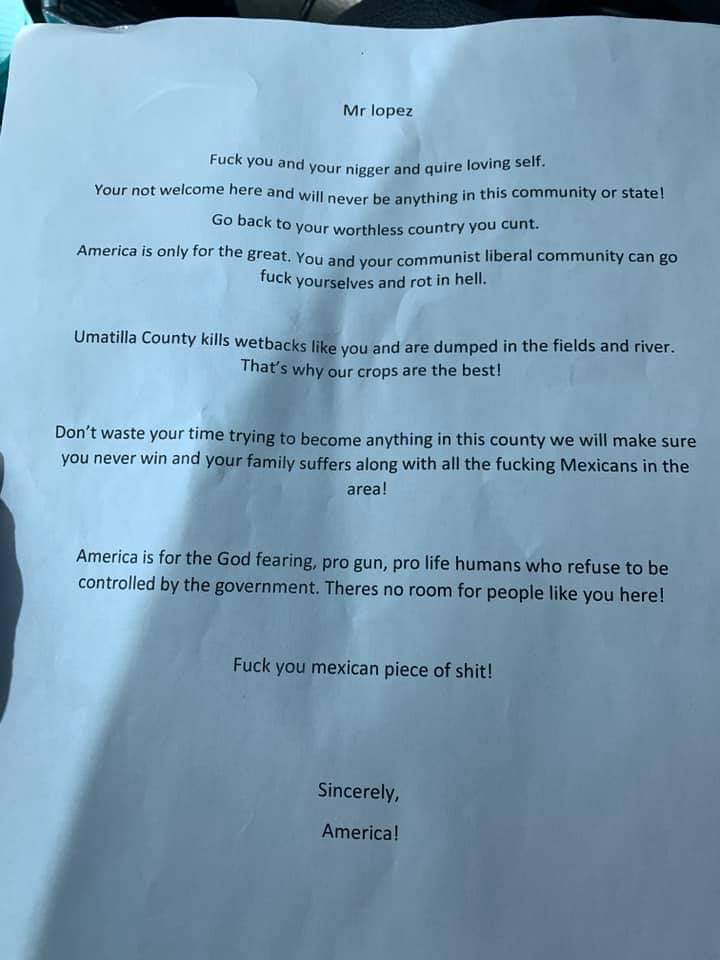 How long before Beats by Dre offers him an endorsement deal?