Alex Jones Statement On Infowars Being Taken Down! pic.twitter.com/zIJfjgNAQi

https://t.co/DHRJw8KFgr is down again. We have been under cyber attack for over a week since Big Tech launched its purge.

The website, which sees peak traffic during The Alex Jones Show – broadcast Monday through Friday 11AM to 3PM – went offline around noon CST.

According to Infowars IT staff, one of multiple servers was inexplicably kicked offline.

Since then, the website now features a splash page with redirects to Newswars.com, Prisonplanet.com, Infowarsstore.com and the Alex Jones twitter page. 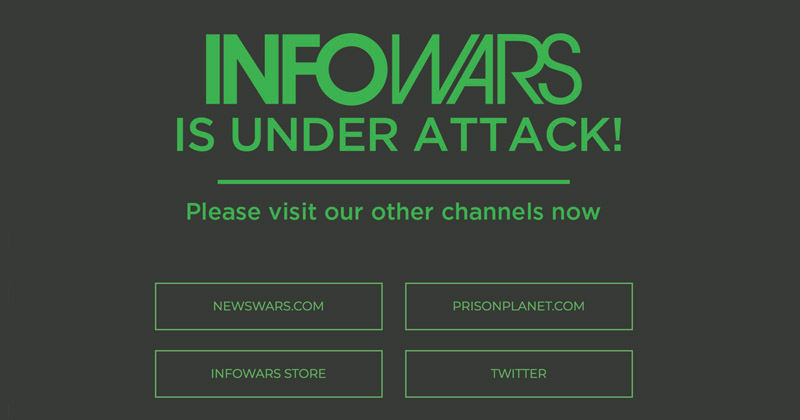 In the meantime, you can catch Alex Jones on Twitter, Bitchute, gab.ai and Minds.com.

You can also bypass censorship by downloading the Infowars Official app – while it’s still available – at the Apple App Store or the Google Play Store.

After being targeted for weeks, our #1A is in great peril!