A drag queen reads to children in a new ad from insurance giant Kaiser Permanente.

The ad’s central message is to reject voices who say people are “too fat,” “too skinny” or “too old.”

It then goes on to show a man dressed as a woman reading to children, claiming people might say that’s “too much.”

You’re probably asking: “What the hell do drag queens have to do with selling health insurance?” 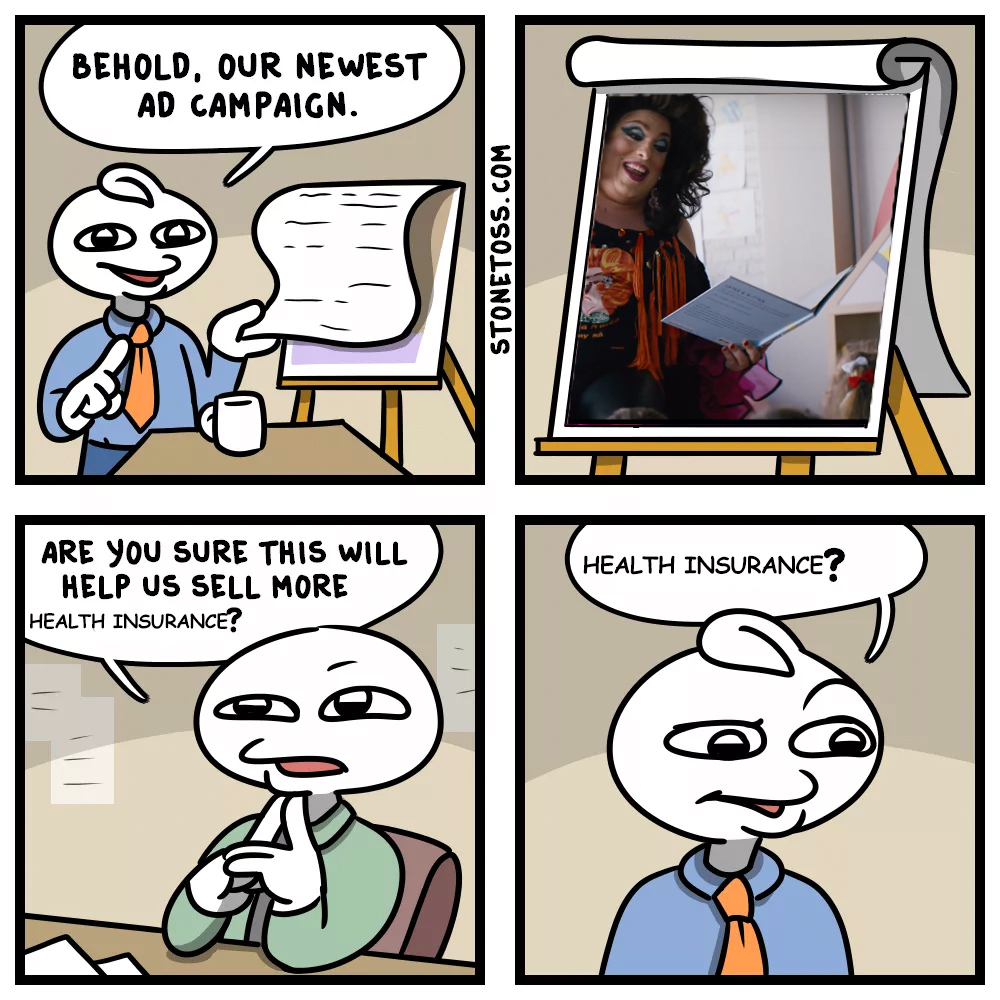 The answer is: nothing at all; but then again an ad like this isn’t meant to sell insurance – it’s meant to virtue signal the company’s woke progressivism, while at the same time indoctrinating the public into accepting sexualized men reading to children as a normal thing people just have to accept.

While the ad attempts to lump the drag queen in with people such as double amputees or black cowgirls, those groups are not anywhere as contentious as Drag Queen Story Hours, which some parents claim “are indoctrinating systematically our kids.”

“This is corporate advertising once again soft-pedaling a radical left-wing sexual agenda by integrating it into what seem to be benign, everyday advertisements,” reports Elise Ehrhard at Newsbusters.org. “Kaiser Permanente has a long history of contributing to liberal causes, like GLAAD, Human Rights Campaign, Planned Parenthood, and National Urban League.”