A federal judge has cleared a New York man who offered a $500 bounty to anyone willing to murder an Immigration and Customs Enforcement officer.

A Boston jury acquitted 35-year-old Brandon Ziobrowski of charges that he used “interstate and foreign commerce to transmit a threat,” according to Fox News.

“It seemed like the right verdict,” Ziobrowski said as he walked out of court late Friday. “It’s been a horrible year. I’m glad it’s over.”

Prosecutors argued that threatening the lives of law enforcement officers is never excusable and will always be prosecuted.

“We respect the jury’s verdict. But in this case, the defendant posted a tweet that, on its face, offered $500 to anyone who killed a federal agent,” U.S. Attorney Andrew Lelling said in a statement.

Ziobrowski posted the threatening tweet in July 2018 to his 400 followers.

“I am broke but will scrounge and literally give $500 to anyone who kills an ice agent,” he tweeted. “@me seriously who else can pledge get in on this let’s make this work.” 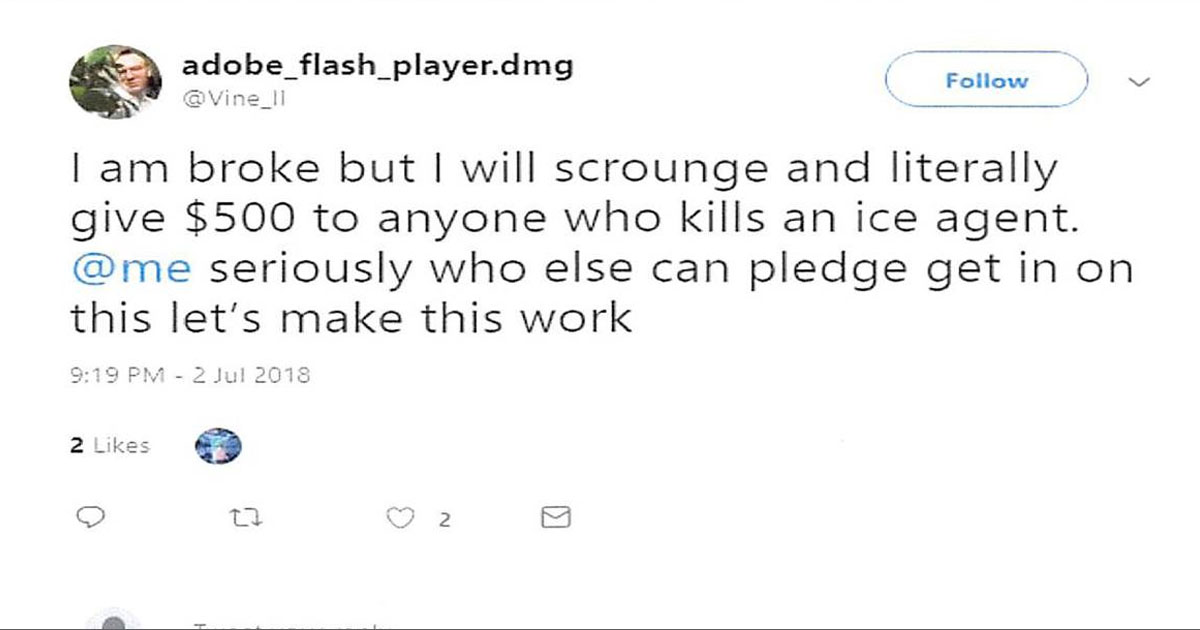 “Thank you ICE for putting your lives on the line and hopefully dying I guess so there’s less of you?” he wrote in another tweet, according to court documents.

Will the anti-free speech organization ADL come forward to condemn Ziobrowski? Don’t bet on it.

Threatening the lives of law enforcement officers is protected speech in liberal orthodoxy, but posting opinions that contradict leftist dogma must be censored.

No matter how many people become enraged by Hollywood’s fixation on depicting the murder of Trump supporters, the productions keep coming. Add to that, washed upped comedian Sasha Baron Cohen’s attack on free speech as his career is simultaneously destroyed and resurrected in order for Cohen to sell his soul to don the hat of a globalist propaganda minion.