Owen Shroyer Contronts The New York Times In The Infowars Battle Tank On Their Calls To End Free Speech In America https://t.co/IGvKz1iaqw

Join Owen Shroyer today at 5-7 p.m. EST for a major demonstration in NYC: 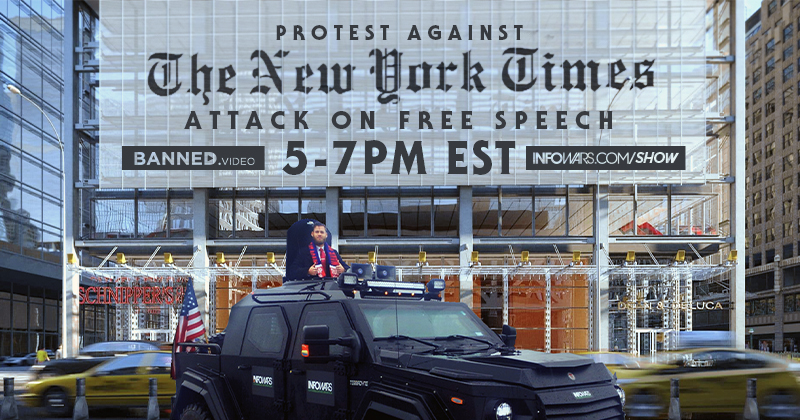