Over 800 thousand people have voted in an MSNBC poll asking, “Do you think people should be allowed to carry guns in public?” and the consensus is heavily pro-Second Amendment.

The results prove the left’s anti-gun agenda is not popular as nearly 750 thousand voters answered, “Yes! The Second Amendment guarantees it.” 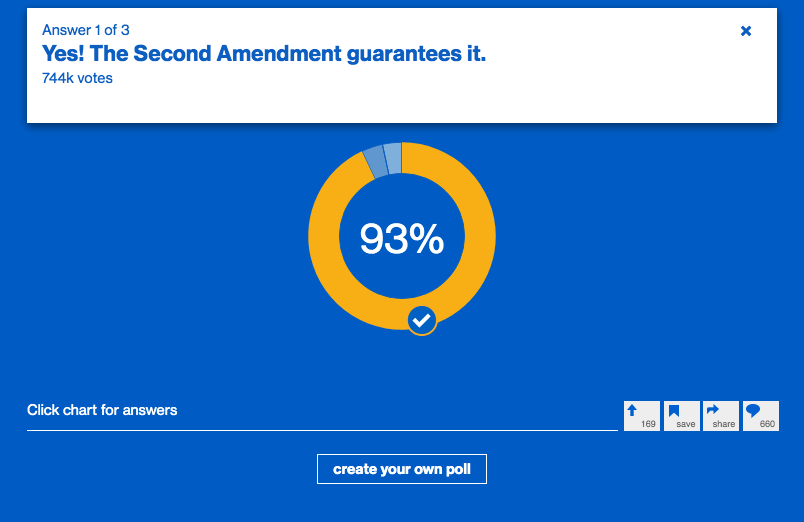 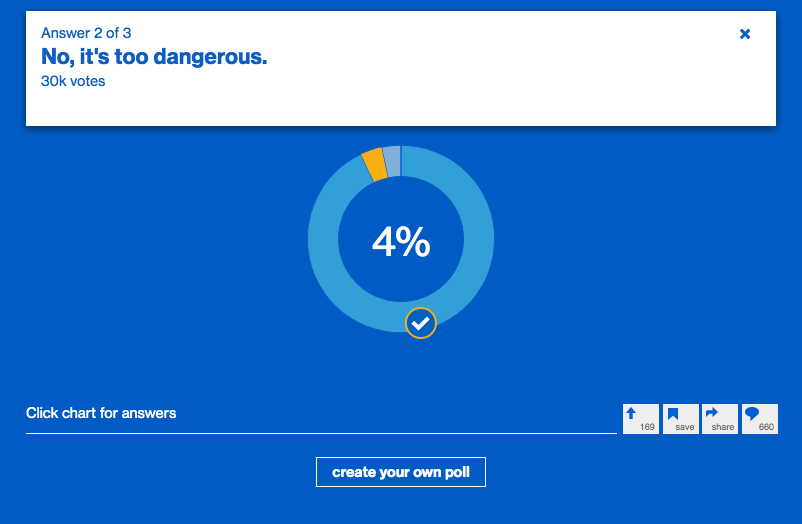 3% answered, “Only for self defense,” whatever that even means. 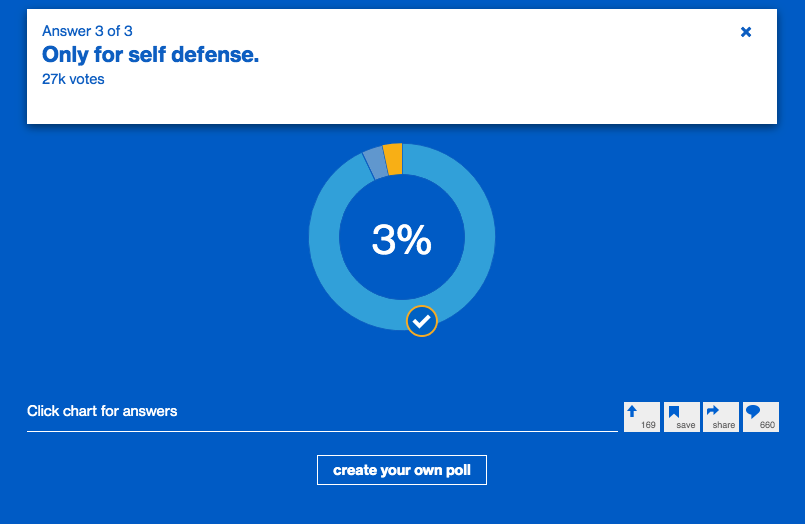 Even liberal outlets like MSNBC can’t hide the fact that the Second Amendment is still widely popular.

Alex Jones and Robert Barnes go to The Range in Austin, Tx and shoot a various array of guns. Barnes even shoots full-auto his first time!