A Satanic group is organizing an international march on behalf of The Fallen One to call for the globalists’ dream of a One World Government.

The group, who call themselves The Disciples Of Lucifer, has a Facebook page showing a list of 22 cities where the “Luciferian March For A One World Government” will take place this Sunday — and on the Summer Solstice no less.

“We are the Disciples of Lucifer and we are here to fulfill the Prophecies of Revelations and build a foundation to form a One World Government,” the group’s Facebook page states. 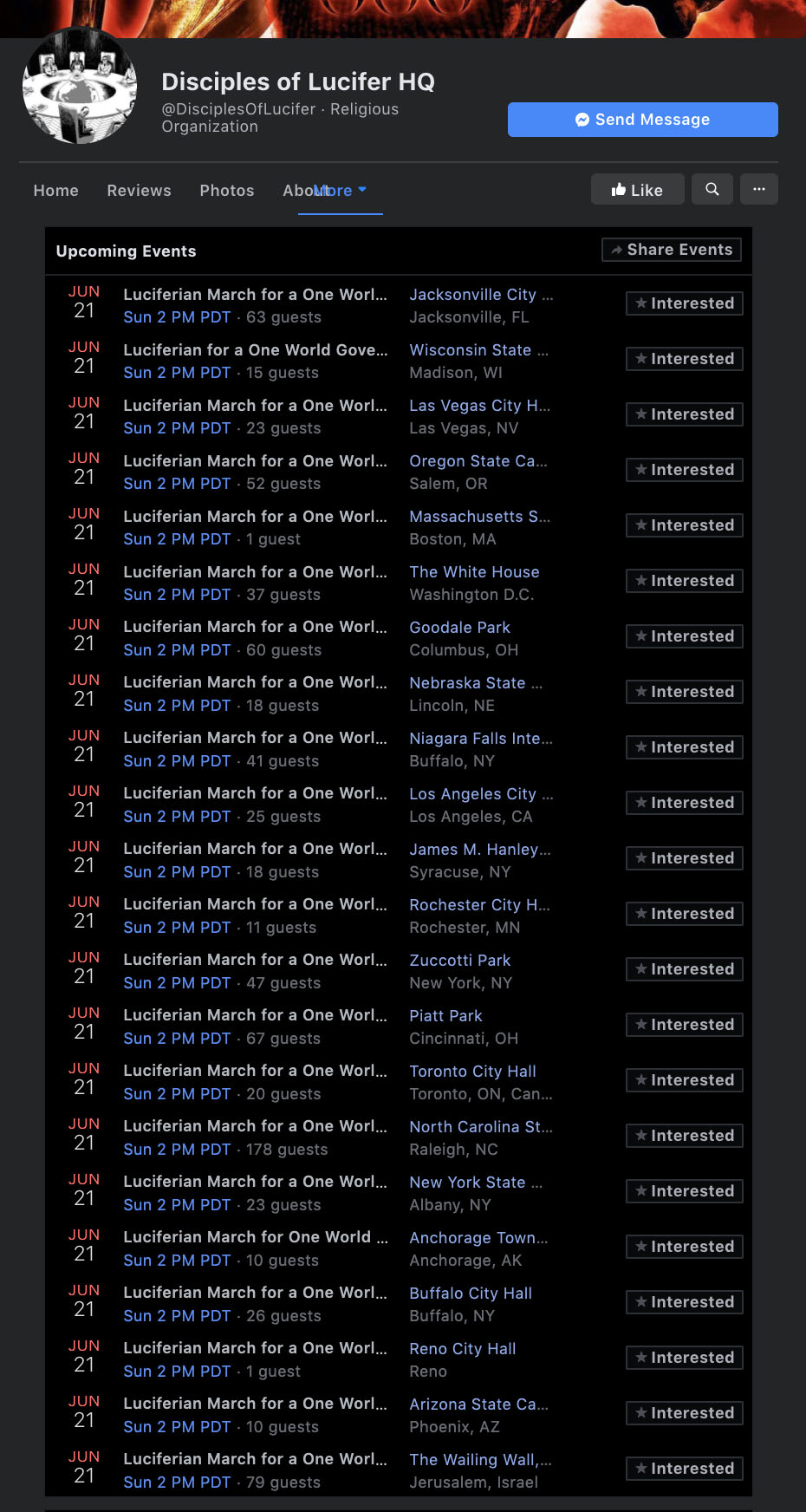 The Satanic marches are set to be held in major cities like Washington D.C., Los Angeles, and New York City, but also smaller cities like Columbus, Raleigh, Jacksonville, and even Canadian cities like Toronto.

“The marches are intended to create chaos and it has been speculated by some that demonstrators may even try to erect satanic monuments at existing sites where Confederate and other allegedly racist statues have been torn down,” Intellihub reported last week.

Christian YouTuber Hannah Williamson sounded the alarm about the event on Saturday.

The rallies, which appear to be reasonably unpopular given the Facebook RSVPs to the events, are happening the same day as the Summer Solstice, which is an important date for LaVeyan Satanism.

Is it any surprise that Satanic groups are promoting world government along with their corporate and Deep State masters?

Democrats appears to be on the same wave length as Satan himself as they push the radical agenda to destroy society.