The makers of the popular fantasy playing card game Magic The Gathering announced they will eliminate cards they believe contain “racist” connotations. 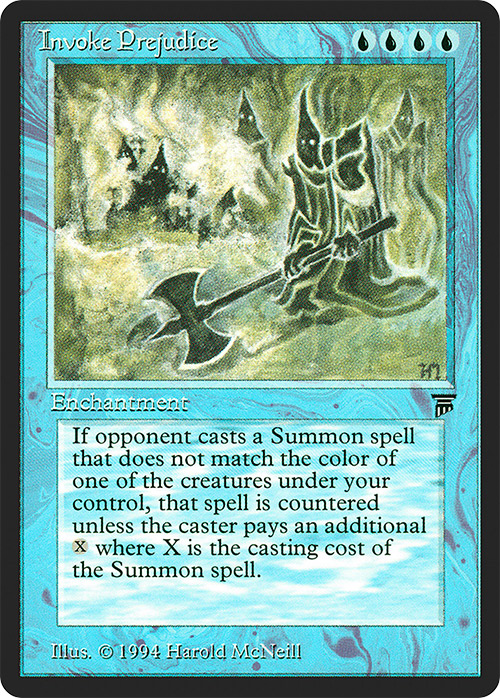 Wizards of the Coast, Magic The Gathering’s parent company, on Wednesday published a statement declaring it would remove cards with “depictions of racism,” and apologized profusely for not doing so sooner.

The game publishing company singled out one of its cards titled “Invoke Prejudice” as being completely “racist.”

“Today, we will be changing the multiverse ID and removing the Gatherer card image for the card Invoke Prejudice, originally printed in 1994,” Wizards wrote in a blog post. “The card is racist and made even worse by the multiverse ID it was unfortunately codified with years ago. There’s no place for racism in our game, nor anywhere else.”

The 26-year-old blue card, illustrated by artist Harold McNeill, features ghostly figures wearing hoods similar to Ku Klux Klan outfits with one wielding an axe. The card was hosted on Wizard’s Magic database with a multiverse ID #1488, a number associated with white supremacy.

Wizards went on to say recent events concerning police brutality and Black Lives Matter have forced them to “examine ourselves,” resulting in the removal of six other “culturally offensive” cards from their database, which will also be banned from sanctioned tournament play.

To that end, we will be removing a number of images from our database that are racist or culturally offensive, including:
• Invoke Prejudice
• Cleanse
• Stone-Throwing Devils
• Pradesh Gypsies
• Jihad
• Imprison
• Crusade

“We have removed this card image from our database due to its racist depiction, text, or combination thereof. Racism in any form is unacceptable and has no place in our games, nor anywhere else.” 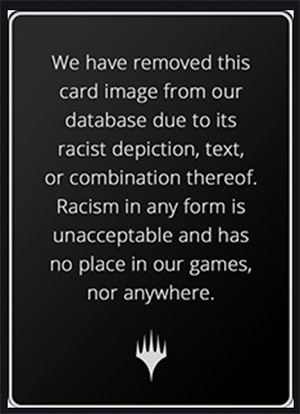 The “Cleanse” card was presumably removed because the card is white and targets black creatures, with text reading, “All black creatures in play are destroyed.” 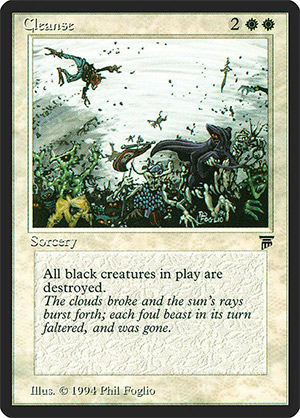 On an interesting note, a similar black card that “destroys all white creatures,” “Virtue’s Ruin,” was not addressed by Wizards, despite it basically having the same effect as “Cleanse.” 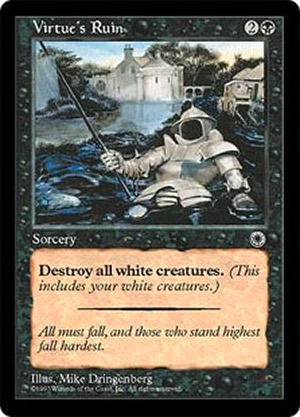 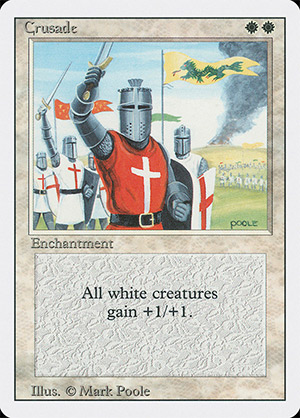 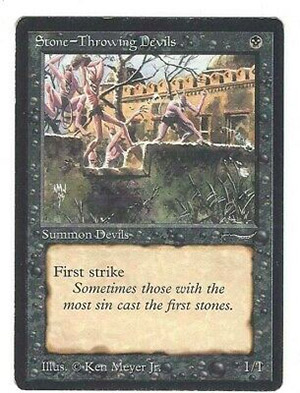 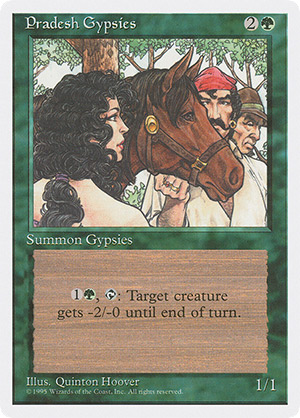 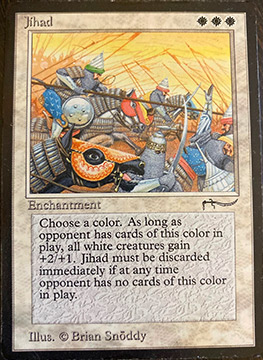 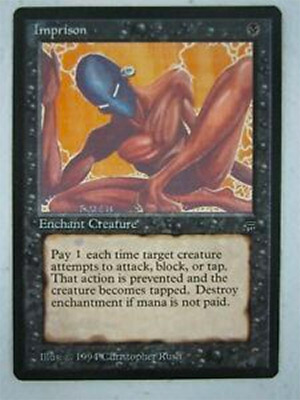 By Thursday, loads of MTG players capitalized on the company’s elimination of the cards, as it only worked to make them more rare, collectible and valuable.

Wizards are banning MTG cards that have racist imagery.

I already bought a bunch from the market just as this happened, the value of them is already going way up.

Thanks Wizards, your virtue signalling earned me a profit. pic.twitter.com/mWQzb6MA5N

Others noticed MTG card shops were also purging the cards blacklisted by Wizards.

i bought as many as i could of all of them. I already had Invoke Prejudice in one of my decks. Almost immediately after they purged them from some card shops online

Time will tell what other virtue signaling Wizards of the Coast has up its sleeve, as more companies continue to bend the knee to the leftist culture war being waged against any and all things deemed “racist.”

Producer Scott updates the War Room on the Seattle Autonomous Zone, apparently a warlord took over.