A mall Santa Claus was removed from duty after mall management caught wind of him posting a picture of himself wearing a Make America Great Again hat on his personal Facebook account.

The incident took place in Waycross, Georgia, earlier this month when The Mall at Waycross management announced that 50-year Santa veteran Frank Skinner would not be returning as the jolly Christmas figure.

“We apologize for this occurrence and will be addressing this right away. The Mall at Waycross does not support any specific political party. Thank you for bringing this to our attention. Kindly, Mall Management,” the company said in response to a customer complaint. 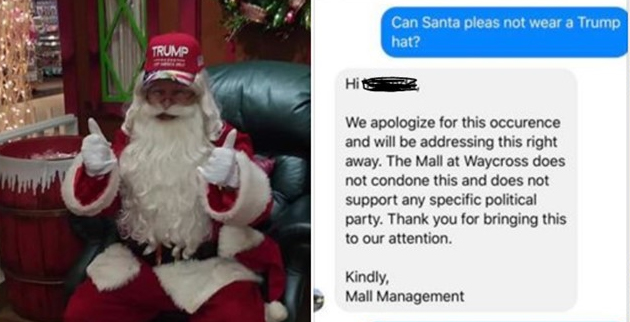 The incident is notable given Skinner did not share the photo as a mall Santa employee, but as a private citizen.

Skinner responded on his Facebook page, claiming he thought the photo was just “harmless fun.” 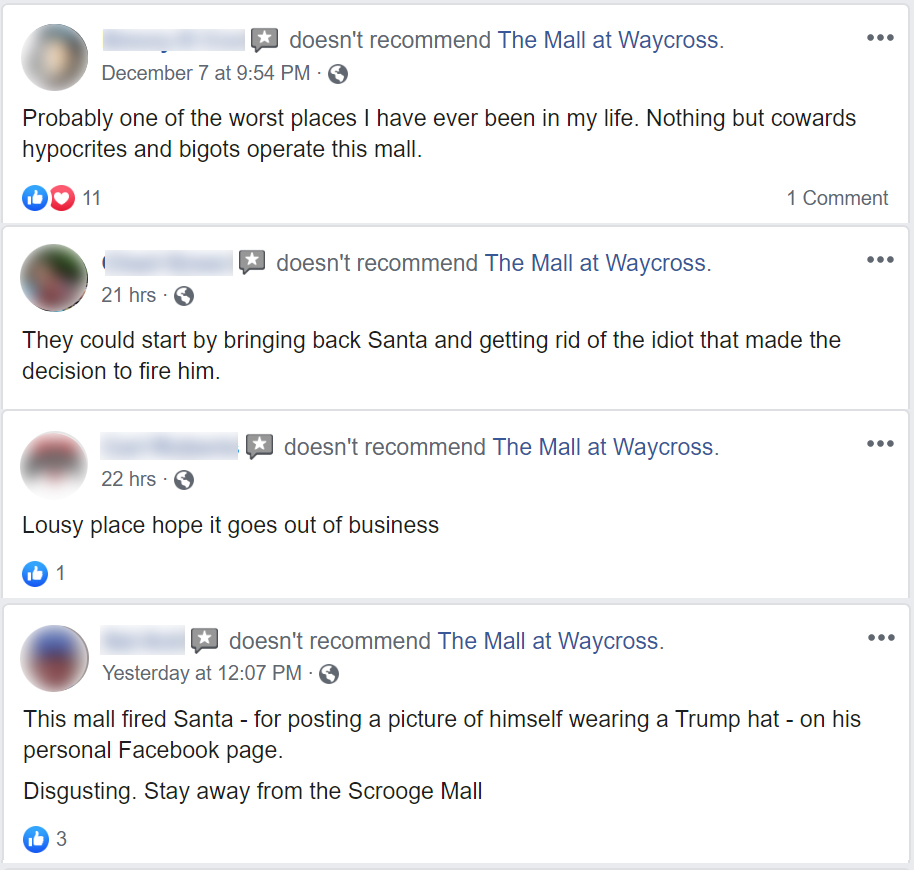 As we’ve reported, the left is waging a full-blown war against Trump supporters, especially ones who decide to proudly wear MAGA clothing.