Santiago tweeted that “packed beaches should work nicely to thin the ranks of Trump/DeSantis/Gimenez supporters in #Florida who value money over health.” 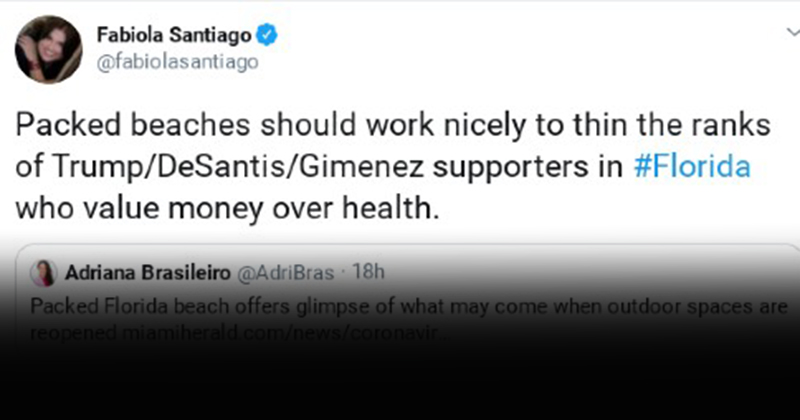 Reaction from Trump supporters was swift.

Donald Trump Jr. commented that Santiago’s “disgusting” remarks not only expose her own bias but “based on their hiring choices” likely tells readers “everything you need to know about the Miami Herald as well.”