An MMA fighter in the UK who was reported to police after posting joke memes that some claimed were transphobic responded by saying, “I don’t give a shit.”

Darren Till seemingly caused the most offence by posting a meme that depicted a transgender pregnancy.

“When you transgender and you think you pregnant,” said the text accompanying the meme, which showed an image of a baby scan revealing the ‘baby’ to be a turd.

“Have a wonderful week everyone #positivity,” Till wrote under the post. 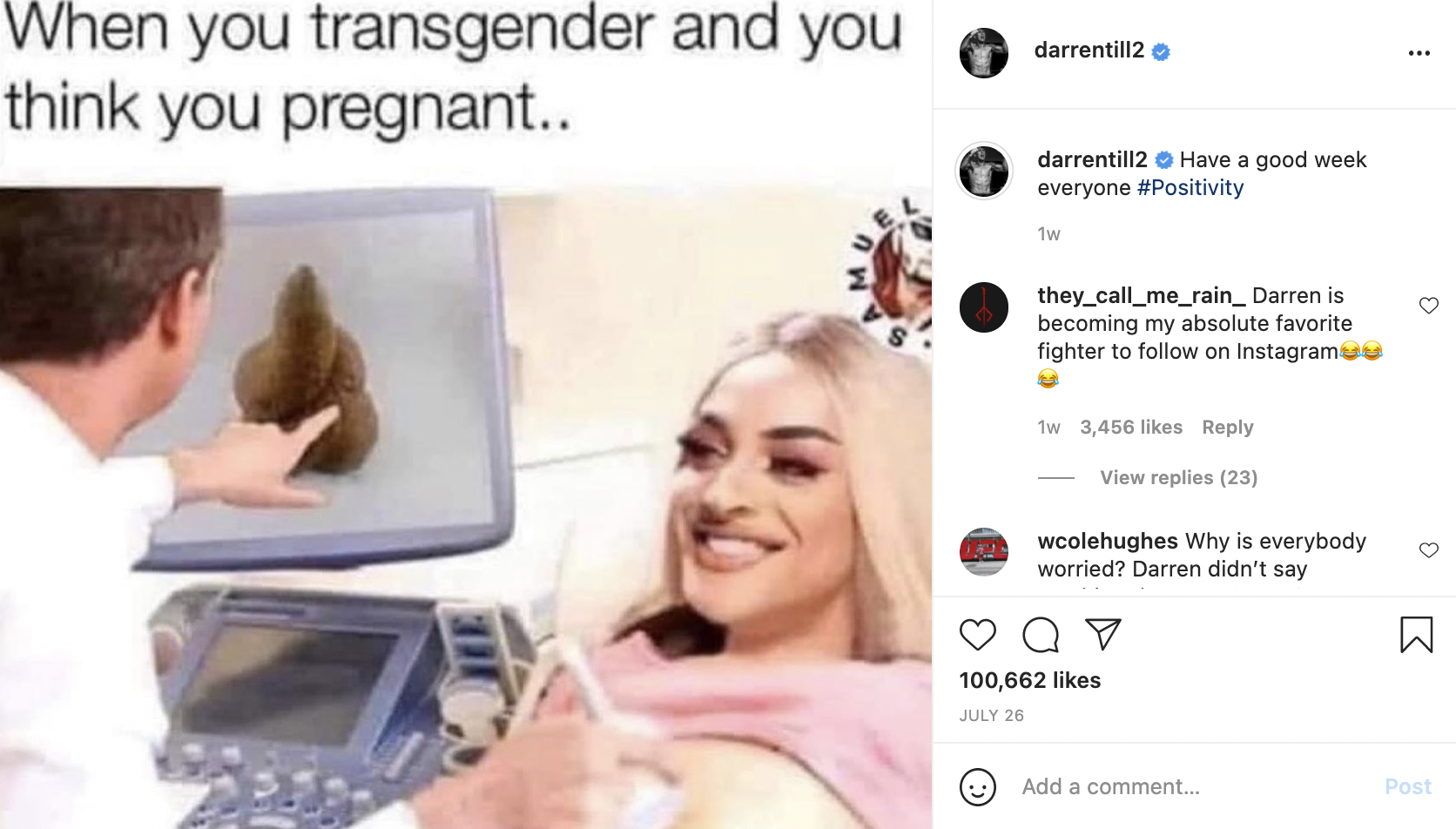 For this and other “transphobic” memes, Till was reported to Merseyside Police, who subsequently told the Liverpool Echo that “enquiries are ongoing” into the egregious thought crime.

Merseyside Police previously caused controversy by taking part in an electronic ad campaign outside a supermarket which claimed “being offensive is an offence,” with authorities later clarifying that it is in fact not an offence.

Till responded defiantly by claiming he was immune to cancel culture.

“As everyone knows I’m always posting very controversial things right, I’m never going to change ever, ever, ever,” he said.

“So the other day I posted this transgender meme, I thought it was funny and I knew it was going to get a backlash.”

“I’ve actually got transgender friends, they thought it was hilarious.”

“You can’t cancel someone who doesn’t give a shit and I don’t give a shit. But at the same time as well it’s obviously the offended brigade.”

However, members of the gay and transgender community expressed their outrage at the edgy memes.

LGBT activist Drew Cockton reacted by suggesting the posts could incite transgender people to kill themselves.

“More than nine in 10 transgender people have considered suicide and more than two in 10 have attempted it,” said Cockton.

Yeah, I don’t think that’s because of memes, mate.