NASA is now officially cracking down on the nicknames of cosmic objects in an effort to address “systemic discrimination & inequality” in the scientific community.

“I support our ongoing reevaluation of the names by which we refer to astronomical objects,” said Thomas Zurbuchen, the associate administrator of NASA’s Science Mission Directorate. “Our goal is that all names are aligned with our values of diversity and inclusion, and we’ll proactively work with the scientific community to help ensure that.”

“Science is for everyone, and every facet of our work needs to reflect that value.”

As we work to identify & address systemic discrimination & inequality in all aspects of the scientific community, we are reexamining the use of unofficial terminology for cosmic objects which can be not only insensitive, but actively harmful. Read more: https://t.co/ZNicp5g0Wh pic.twitter.com/jDup6JOGBd

Starting now, the beautiful “Eskimo Nebula” will be referred to as “NGC 2392” and the “Siamese Twins” galaxy in the Virgo cluster will be called NGC 4567 and NGC 4568. 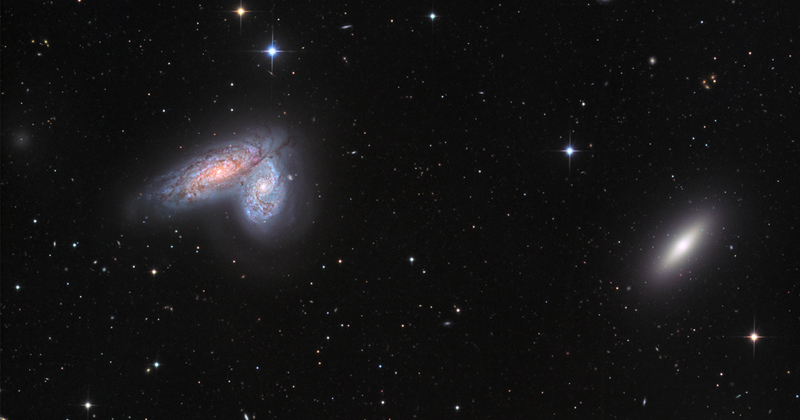 “NASA will use only the official, International Astronomical Union designations in cases where nicknames are inappropriate,” read NASA’s official Wednesday statement. “‘Eskimo’ is widely viewed as a colonial term with a racist history, imposed on the indigenous people of Arctic regions.”

NASA’s inclusivity mission comes days after it launched a car-sized vehicle to Mars that the AP is calling the “biggest, most sophisticated Mars rover ever built.”

Alex Jones breaks down the claim that Covid-19 is an alien virus that is being used to lockdown society under globalist control.