The graphic, put together by NBC’s Ben Collins, shows a chain of information beginning with 4chan and ending with Facebook.

WATCH ON #MTP: On how to create accountability against propaganda, @Continetti says young conservatives need to employ “empirical verification.” #IfItsSunday

“The distrust in institutions … has led many of them to no longer believe in the idea that you need … evidence.” pic.twitter.com/JhAnrVrTSK

Read the full transcript below:

Matthew, I wanted you to address what I think is an ecosystem problem, at least on the right. I want to put up something that my colleague, Ben Collins, put here. It’s a bit of an ecosystem here. It’ll say, something starts on 4Chan. There’s the subreddit of Trump. InfoWars might pick it up. Then it starts inching into the mainstream. Gateway Pundit might just say, “Oh, what’s this about?” Then it gets to Drudge, might have a provocative headline link. Rush might say it in his fun, little way. Then it does make its way into Fox News and then, of course, your Facebook feed. How do you create more accountability in the conservative ecosystem for, basically, dealing with propaganda?

Well, it’s hard work. And I think it begins by trying to instruct young conservatives in the canons of journalism, mainly, empirical verification, right? And this, I think, the distrusted institutions, that’s longstanding among conservatives, has led many of them to no longer believe in the idea that you need, kind of, evidence, in order to forward a fact. Or they don’t believe in certain verified sources, credentialed sources, of evidence or information. They don’t trust any of it.

Continetti compared alternative news outlets like The Gateway Pundit and Infowars to the outlandish Weekly World News tabloid found in supermarkets throughout America.

From socialist Rep. Alexandria Ocasio-Cortez (D-NY) to MSNBC’s Rachel Maddow, the Huffington Post feeds lies to The Washington Post whose BS gets picked up by The Daily Show, CNN and finally makes its way to your liberal friend’s Facebook feed. 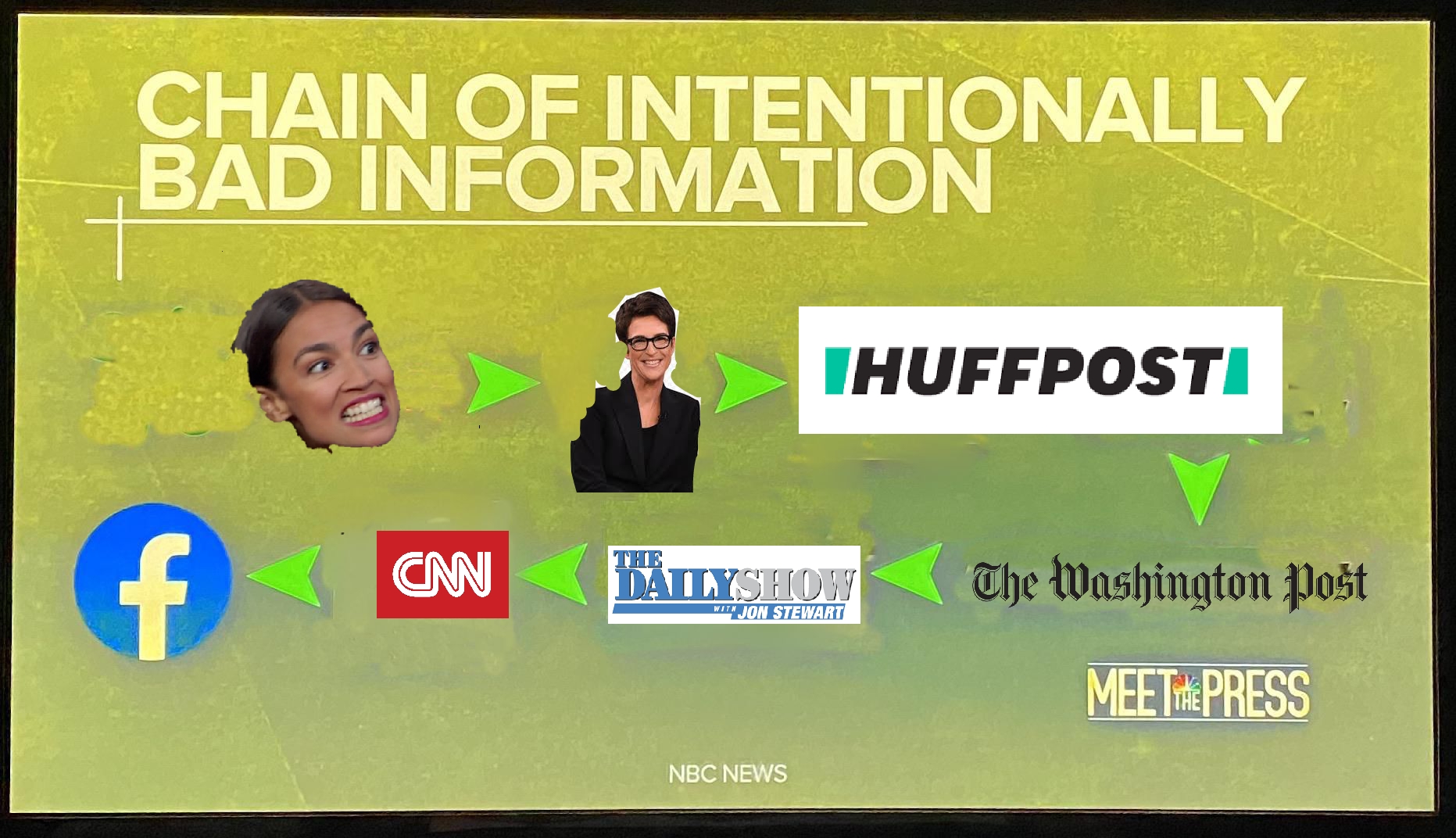