A new report being peddled by mainstream media claims, “At least 97,000 children tested positive for COVID-19 in the final two weeks of July,” in an attempt to scare Americans over the upcoming school year.

The joint report from the American Academy of Pediatrics and the Children’s Hospital Association looked at data from 49 states, NYC, D.C., Puerto Rico, and Guam.

However, the alarming “97,000” number being reported by national media is deceptive because the federal government is, once again, intentionally inflating the case counts.

A chart from the report, which includes data collected up to July 30, shows many states are counting adults aged 18-24 as “children.” 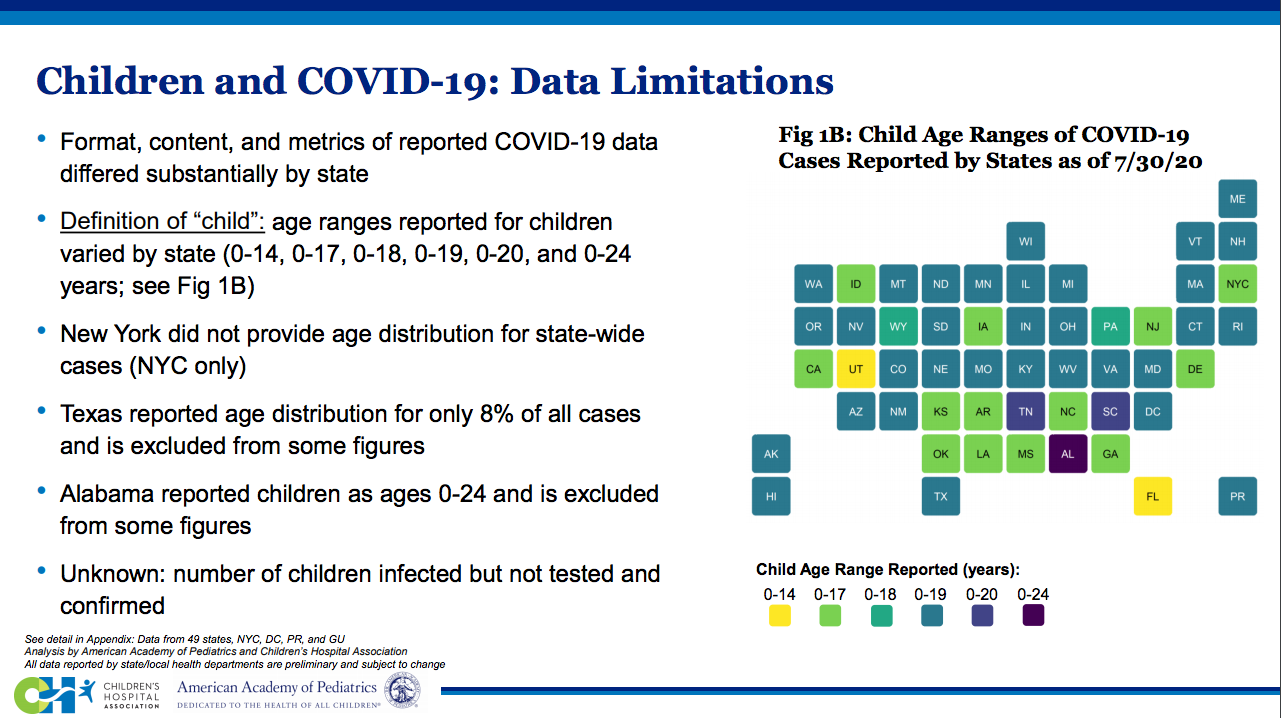 In late June, the federal government was caught changing the definition of a “confirmed case” to allow “probable cases” to be counted as actual cases in national and state statistics.

Alex Jones and Rob Dew expose that scandal in the special report below: