Update: Microsoft has removed its advertisement from YouTube after receiving swift online backlash. Microsoft has not replied to Infowars’ request for comment. The video amassed approximately 25,000 thumbs down votes and only 626 thumbs up votes by the time it was removed. 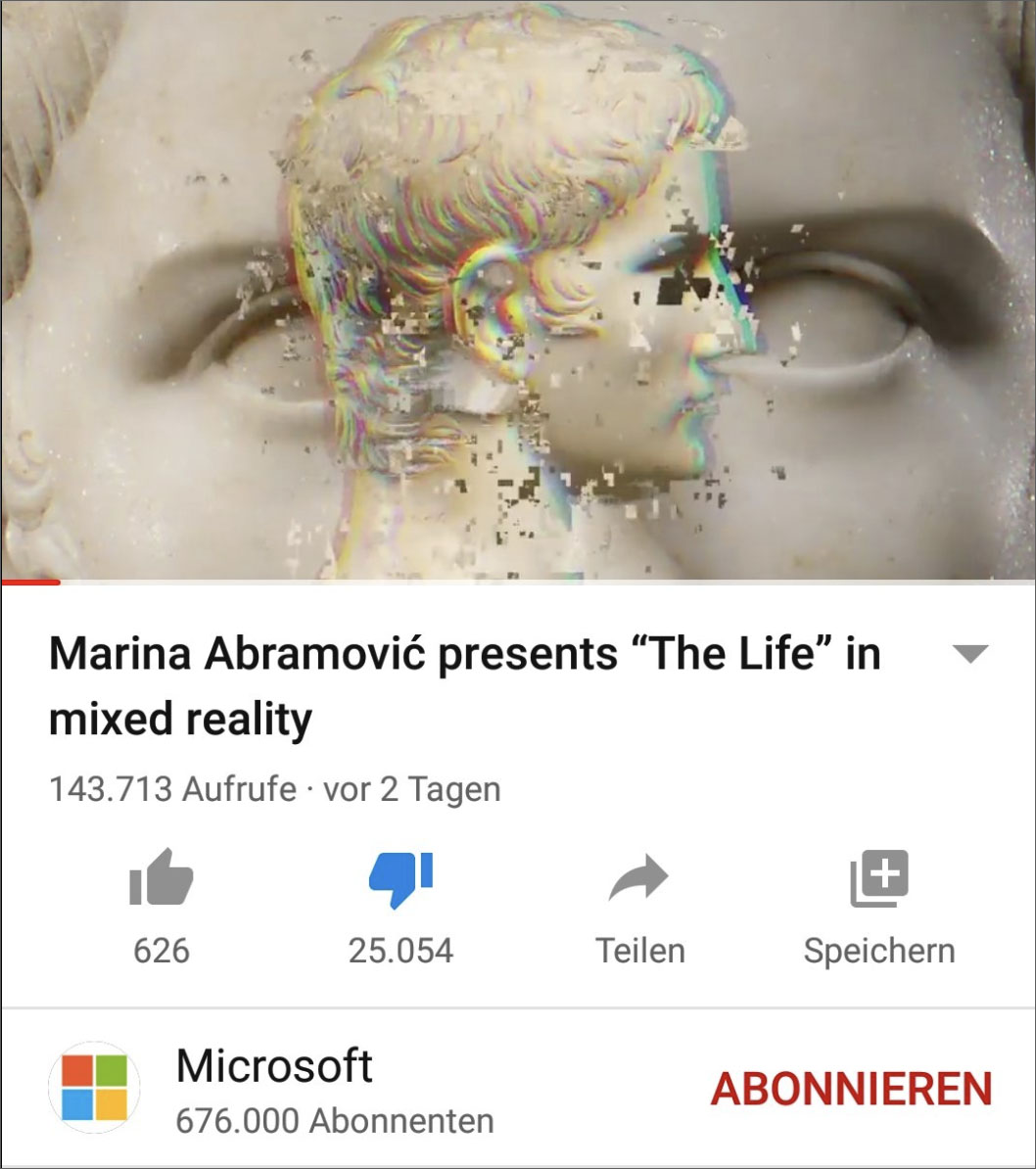 Original article appears below with an archived copy of the ad:

In the visually unsettling ad showcasing the Hololens 2 “mixed reality” device, Abramovich explains why the new tech appeals to her dark tastes.

“I believe that art of the future is art without objects. It’s just pure transmission of energy between the viewer and the artist,” Abramovic says.

“To me, mixed reality is this answer.”

The performance art features the black magic practitioner suddenly appearing like an apparition in the virtual realm donned in a red robe.

“I really want you to be here with me in the space and here now,” Abramovic says. “The life is dealing with what is going to stay after I’m not there anymore, and I can face myself, and this frightening experience.”

“Really like you’re facing your own ghost, but it is always this greater idea of immortality. Once you die the work could never die because the work of art can continue.”

“In performance, the peace is only in the memory of the audience and nowhere else,” she concludes. “Here I am kept forever.”

Abramovic, 73, is a well-known figure among certain political and entertainment circles.

The video above depicts the bizarre nature of the ceremony. Abramovic mixes together thickly congealed blood as the “recipe” for the “painting,” which is comprised of the words, “With a sharp knife cut deeply into the middle finger of your left hand eat the pain.”

The ceremony is, “meant to symbolize the union between the microcosm, Man, and the macrocosm, the Divine, which is a representation of one of the prime maxims in Hermeticism “As Above, So Below.”

Would a tech company really want a Luciferian individual like her to be the face of their new “mixed reality” device because of her “art”?

The new documentary Out of Shadows details more about Abramovic and her Hollywood/political ties, as well as the CIA’s role in the entertainment and news industry:

Watch the Infowars version of the ad below:

David Icke joins The Alex Jones Show to expose the long and parallel history of ancient bloodlines, Satanism and pedophilia.