The universe has more mass than we can account for. A lot more. One of the greatest mysteries that has eluded scientists for decades is where all this mass comes from. One brand new theory suggests we may have cracked the case.

We can only tell all this mass (which makes up the majority of the universe) is there by observing its gravitational effects on objects around it, for which we use the stand-in term ‘dark matter.’

Now physicists think they have identified one potential culprit that might explain the mysterious bending of light around stars and other massive objects, as well as the rotation of entire galactic discs, both at a higher rate than we can account for.

As always, they have opted for catchiest of names: the subatomic particle known as a ‘d-star hexaquark’ or d*(2380), for short.

The new theory goes that shortly after the Big Bang vast numbers of this d-star hexaquark might have come together to create dark matter.

Dark matter neither absorbs, emits, nor reflects any kind of electromagnetic radiation, which renders us effectively blind to it, as these are precisely the factors we observe in the universe around us via probes and telescopes to figure it all out.

Up to 85 percent of the universe may be made up of dark matter. If we can’t prove it exists, that would mean a return to the drawing board, as our standard model of the universe would be fundamentally flawed, along with much of the theoretical physics at the edge of our current understanding. Not ideal.

“Our first calculations indicate that condensates of d-stars are a feasible new candidate for dark matter. This new result is particularly exciting since it doesn’t require any concepts that are new to physics,” says nuclear physicist Daniel Watts of the University of York in the UK. 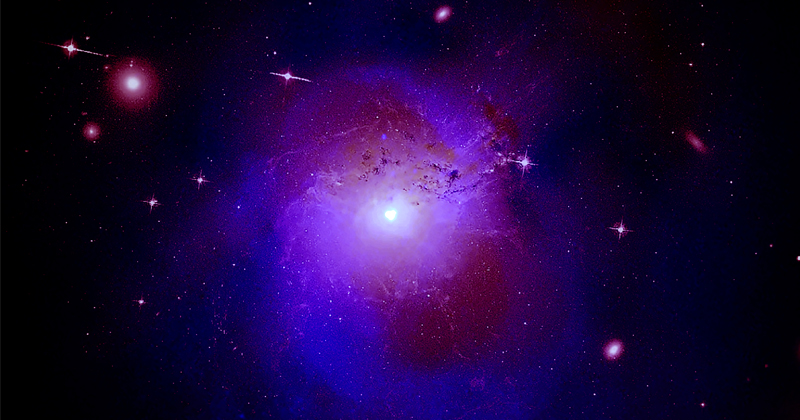 Quarks are the building blocks of protons and neutrons. They usually combine in threes to form baryons which make up most of the observable matter in the universe, like you, the screen you’re reading this on and so on.

However, when six quarks combine, they create a dibaryon or a hexaquark… we think, as we haven’t actually seen any yet. These hexaquarks are Bosons, fundamental particles that obey Bose-Einstein statistics. Basically, they’re the kind of thing we need vast, multi-billion dollar particle accelerators like the one at CERN to observe for even a split second.

Given that scientists believe that hexaquarks behave this way, they likely form the mysterious fifth state of matter, called a Bose-Einstein condensate, formed when low density boson gas is cooled to just above absolute zero. Atoms in this state no longer move around like normal but become quite still, which almost never happens in the universe.

So the latest theory proposes that, in the aftermath of the Big Bang, an unfathomably vast cloud of d-star hexaquarks was floating around and eventually cooled to form these Bose-Einstein condensates, providing the vast majority of the mass in the universe, while simultaneously boggling the minds of theoretical physicists and researchers for the past century or so.

The team behind the latest theory are planning to hunt for these d-star hexaquarks in both the lab and in outer space to either prove or disprove their new theory — science can be maddening like that.

“The next step to establish this new dark matter candidate will be to obtain a better understanding of how the d-stars interact — when do they attract and when do they repel each other,” said University of York physicist Mikhail Bashkanov.

“We are leading new measurements to create d-stars inside an atomic nucleus and see if their properties are different to when they are in free space.”

Mike Adams joins The Alex Jones Show to break down the news of a national emergency in the wake of the coronavirus pandemic.