The New York Times chose to honor the 18th anniversary of the September 11 atrocity by blaming “airplanes” for carrying out the attack.

“18 years have passed since airplanes took aim and brought down the World Trade Center,” the Times tweeted from its official account. 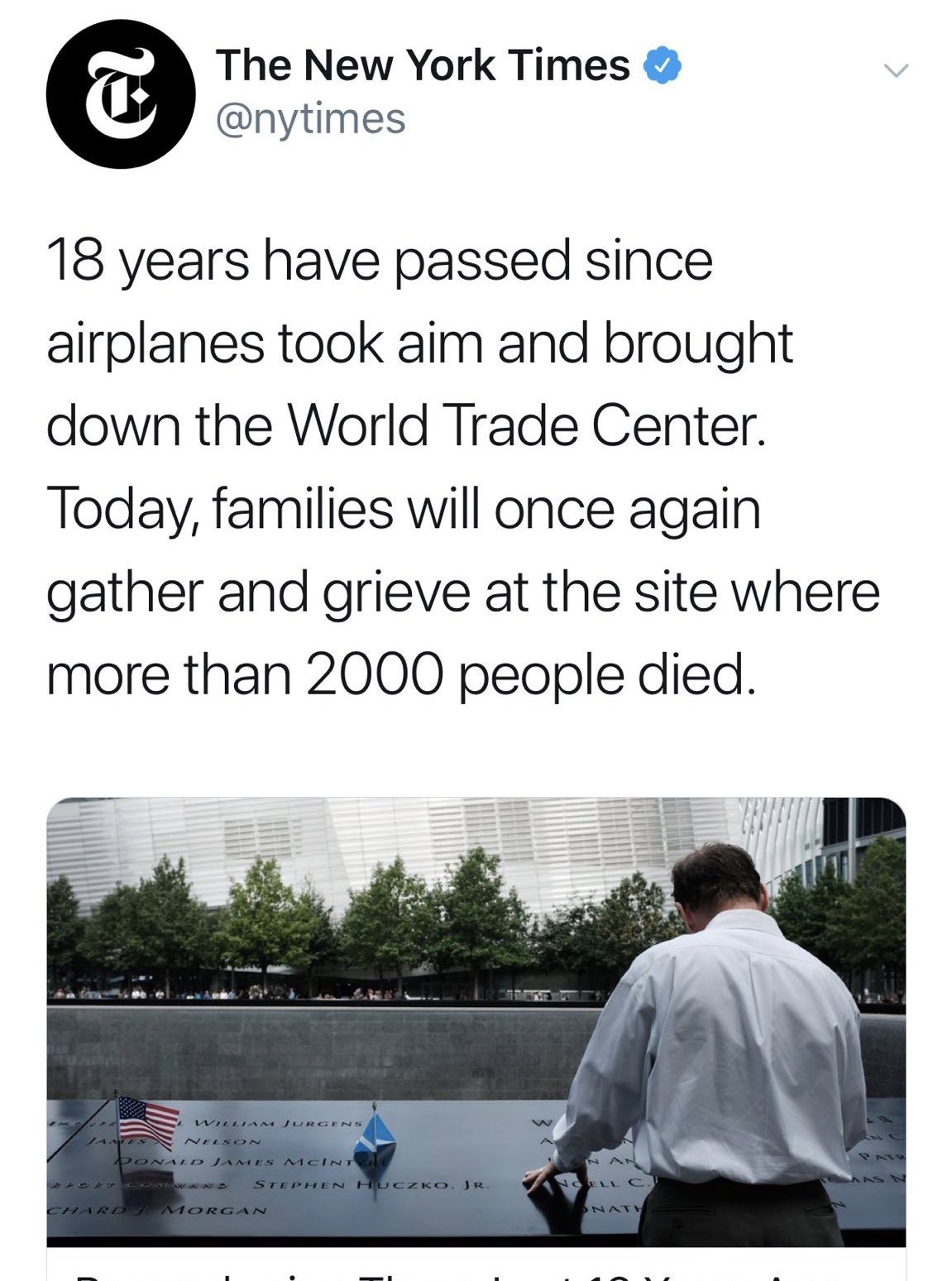 The tweet prompted an immediate backlash, with respondents furious the Times appeared to be absolving the terrorists of blame and pinning the responsibility on inanimate objects instead.

The newspaper later deleted the tweet and half way apologized, tweeting, “We’ve deleted an earlier tweet to this story and have edited for clarity. The story has also been updated.”

We’ve deleted an earlier tweet to this story and have edited for clarity. The story has also been updated.

“Imagine what it takes, as a newsroom with a huge editorial process, to get 9/11 so offensively incorrect. Scumbags,” tweeted Raheem Kassam.

The Times found itself in hot water only a few days ago for praising Mao Zedong, the Communist dictator who starved 45 million of his own people to death, as a “great revolutionary leader.”

They later had to delete and clarify that tweet. This one, appearing as it does on the anniversary of 9/11, is if anything worse.