We often make historical parallels here. History doesn’t repeat itself but it does rhyme, as clever people say. And sometimes it hiccups. Here is a hiccup.

We start with the moral and political catastrophe that was the French Revolution. It was more a nationwide psychotic break than a revolt—a great nation at its own throat, swept by a spirit not only of regicide but suicide. For 10 years they simply enjoyed killing each other. They could have done what England was doing—a long nonviolent revolution, a gradual diminution of the power of king and court, an establishment of the rights of the people and their legislators so that the regent ended up a lovely person on a stamp. Instead they chose blood. Scholars like to make a distinction between the Revolution and the Terror that followed, but “the Terror was merely 1789 with a higher body count.” From the Storming of the Bastille onward, “it was apparent that violence was not just an unfortunate side effect. . . . It was the Revolution’s source of collective energy. It was what made the Revolution revolutionary.”

That is from Simon Schama’s masterpiece “Citizens,” his history of the revolution published in 1989, its 200th anniversary. It is erudite, elegant and heroically nonideological.

John Adams, across the sea in America, quickly understood what was happening in France and voiced alarm. In contrast his old friend Thomas Jefferson egged on the revolution and lent it his moral prestige. Faced with news of the guillotines, he reverted to abstractions. He was a genius with a true if hidden seam of malice, and rarely overconcerned with the suffering of others.

The revolution had everything—a ruling class that was clumsy, decadent, inert; a pathetic king, a queen beyond her depth, costly wars, monstrous debt, an impervious and unreformable administrative state, a hungry populace. The task of the monarchy was to protect the poor, but the king had “abdicated this protective role.” Instead of ensuring grain supplies at a reasonable price, Mr. Schama notes, the government committed itself to the new modern principle of free trade: “British textiles had been let into France, robbing Norman and Flemish spinners and weavers of work.” They experienced it as “some sort of conspiracy against the People.”

One does see parallels. But they’re not what I mean.

It was a revolution largely run by sociopaths. One, Robespierre, the “messianic schoolmaster,” saw it as an opportunity for the moral instruction of the nation. Everything would be politicized, no part of the citizen’s life left untouched. As man was governed by an “empire of images,” in the words of a Jacobin intellectual, the new régime would provide new images to shape new thoughts. There would be pageants, and new names for things. They would change time itself! The first year of the new Republic was no longer 1792, it was Year One. To detach farmers from their superstitions, their Gregorian calendar and its saints’ days, they would rename the months. The first month would be in the fall, named for the harvest. There would be no more weeks, just three 10-day periods each month. 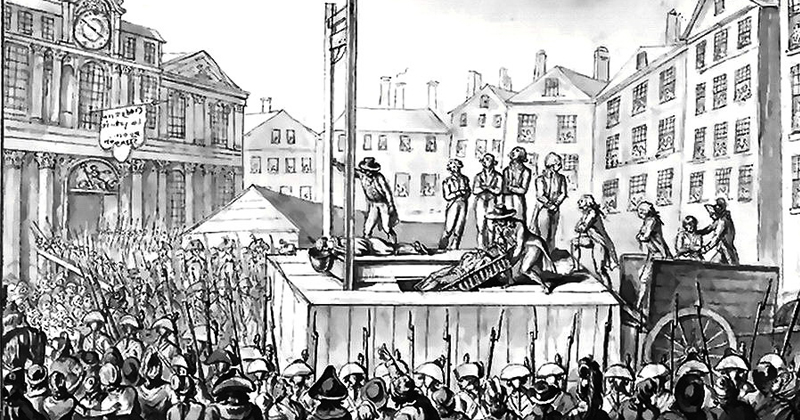 So here is our parallel, our hiccup. I thought of all this this week because I’ve been thinking about the language and behavioral directives that have been coming at us from the social and sexual justice warriors who are renaming things and attempting to control the language in America.

There is the latest speech guide from the academy, the Inclusive Communications Task Force at Colorado State University. Don’t call people “American,” it directs: “This erases other cultures.” Don’t say a person is mad or a lunatic, call him “surprising/wild” or “sad.” “Eskimo,” “freshman” and “illegal alien” are out. “You guys” should be replaced by “all/folks.” Don’t say “male” or “female”; say “man,” “woman” or “gender non-binary.”

In one way it’s the nonsense we’ve all grown used to, but it should be said that there’s an aspect of self-infatuation, of arrogance, in telling people they must reorder the common language to suit your ideological preferences. There is something mad in thinking you should control the names of things. Or perhaps I mean surprising/wild.

I see in it a spirit similar to that of the Terror. There is a tone of, “I am your moral teacher. Because you are incapable of sensitivity, I will help you, dumb farmer. I will start with the language you speak.”

An odd thing is they always insist they’re doing this in the name of kindness and large-spiritedness. And yet, have you ever met them? They’re not individually kind or large-spirited. They’re more like messianic schoolmasters.

Offices and schools are forced to grapple with all the new gender-neutral pronouns. Here a handy guide from a website purporting to help human-resources departments in midsize businesses. It is headlined. “Gender Neutral Pronouns—What They Are & How to Use Them.”

It’s wrong, when you meet a new co-worker, to ask his pronouns. (We don’t say “preferred” pronouns—that “implies someone’s gender is a preference”!) You don’t want him wondering if you think he’s transgender or nonbinary. Instead, introduce yourself in a way that summons his pronouns: “Hi, I’m Jim and my pronoun is he/him.” Use “they” a lot. It’s gender neutral. Suggested sentence: “I spoke to the marketing director and they said they’d get back to me.”

This is grammatically incorrect but so what? Correct grammar, and the intelligibility it allows, is a small price to pay for inclusion and equality.

We are being asked to memorize all this, to change hundreds of years of grammar and usage, to accommodate the needs or demands of a group that perceives itself as beleaguered.

There’s a funny but painful spoof of all this on YouTube. A seemingly friendly but dogmatic teacher of adult immigrants in English as a Second Language class introduces them to the 63 new pronouns. They are understandably flummoxed. An Asian woman announces she identifies as a girl and then shrinks in fear this might not be allowed. A confused Eastern European man asks the pronoun of his desk. The Central American asks if the new pronouns mean gay. “You’re not learning English so you can be a bigot, are you?” the teacher demands.

And there are the office arguments about bathroom policy, which I gather are reaching some new peak. There can no longer be a men’s room and a women’s room, so we can have one expanded bathroom everyone can use. No, we’ll have three. But there may be a stigma to using the third, so keep two bathrooms but remove all designations. But the women don’t want to put on their makeup with men coming in and out. But the men don’t want women walking in on them—that’s a harassment suit waiting to happen!

It’s all insane. All of it.

But we’re moving forward, renaming the months and the sexes, reordering the language.

You wonder how the people who push all this got so much power. But then, how did Robespierre?

Alex Jones breaks down how the French Revolution, Russian Revolution were all the genesis brainchild of Adam Weishaupt who founded the Illuminati.