Republican Ohio State Rep. Nino Vitale released a video showing a live experiment with students who placed an oxygen-reading device into their face masks to check if the levels were safe.

Vitale began the video by explaining the device he was holding is an instant oxygen sensor that also senses other gases and beeps if the gas levels rise or fall to unsafe levels.

The Occupational Safety and Health Administration (OSHA) “considers any atmosphere with an oxygen level below 19.5 percent to be oxygen-deficient and immediately dangerous to life or health.”

“We’re gonna bring in our first student because, of course, the public health experts are recommending we have our students wear masks,” Vitale said before placing the oxygen reader into the student’s face mask.

The device immediately began beeping and upon reading the data, Vitale showed the camera an oxygen level of 17.0, which is well below the OSHA standard.

Student number two wore an N95 mask and, once again, the oxygen-reading device started to beep almost immediately and showed a peak oxygen drop of 18.1.

A third student, wearing a standard surgical mask, inserted the device and it beeped immediately with a 17.6 oxygen level reading.

For those who are interested in the equipment used, Vitale told viewers the device is a GX-2009 Portable Multi-Gas Detector by RKI instruments.

Another individual uploaded a similar video showing reduced oxygen levels when wearing a face mask, but the internet is censoring it. 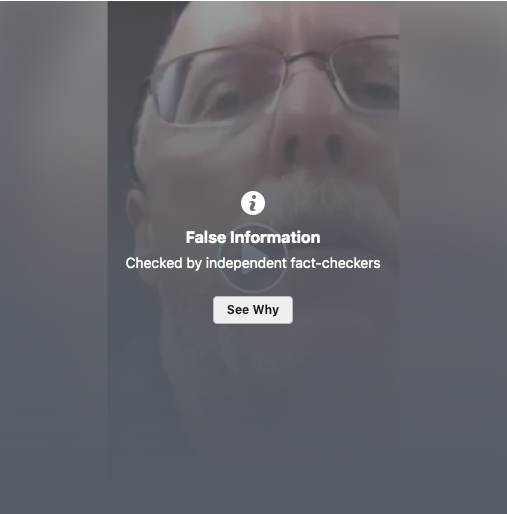 The censored video, along with commentary from Alex Jones, can be found below thanks to Banned.video.

Owen Shroyer, the host of Infowars’ War Room, also performed an experiment on-air when he tested the carbon dioxide levels inside his coronavirus mask.