The weapon is made of arsenical copper, an alloy that was used to make cold steel weapons, before the invention of bronze. It is thought that the sword came from eastern Anatolia, which now makes up the majority of Turkey.

A doctoral student has discovered the world’s oldest sword dating back 5,000 years in a small museum in Italy.

What makes the discovery even more amazing is that Vittoria Dall’Armellina found it unintentionally.

Dall’Armellina, a PhD student in archaeology at Ca’ Foscari University, Venice embarked on a “pleasure trip” to Mekhitarist Monastery, located on Saint Lazarus Island in the Venetian Lagoon.

The Mekhitarist Monastery, which is the headquarters of the Armenian Catholic Church, has a small museum, where Dall’Armellina discovered the sword among other weapons. 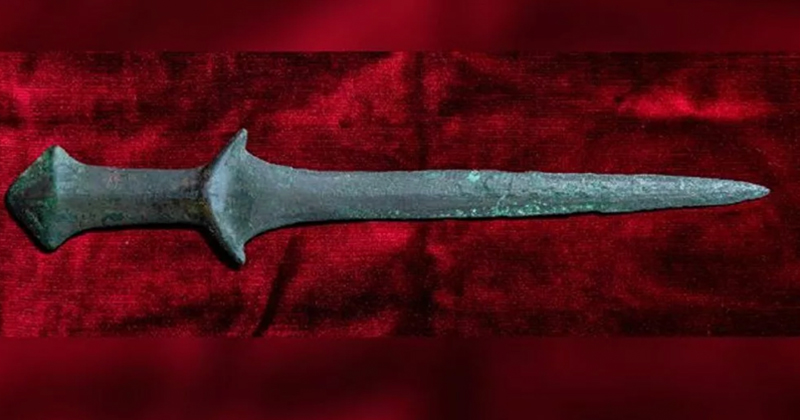 In an interview with LiveScience, she said the unusual shape of the weapon made her realise that the sword was not a medieval weapon and was made significantly earlier. “I thought that I knew that type of sword and that I was certain it was contemporary with those of Arslantepe and Sivas”, Dall’Armellina told LiveScience referring to swords that date to 3,000 BC.

After accessing the monastery’s archives Vittoria and scientists from Ca’ Foscari University discovered that the sword was donated by a private collector named Yervant Khorasandjian to a monk Ghevond Alishan about 150 years ago. Alishan, was a poet and writer who lived in Turkey and shortly before his death went to Venice, where he died in 1901.

The sword itself was discovered in 2017, but it took more than 2 years to study, including metallurgical research, to establish its age. Researchers say it could have been a ceremonial object or used as a real weapon.