A witness of the Democrats’ impeachment farce testified Tuesday that he would not reveal the identity of the so-called whistleblower.

Vindman responded that he went outside his chain of command and told George Kent, Deputy Assistant Secretary in the European and Eurasian Bureau, and “someone in the intelligence community I’m not going to name,” in other words, the suspected whistleblower.

Nunes: Did you discuss the July 25 call or July 26 call with anyone outside the White House?

Vindman: George Kent, and someone in the intelligence community I’m not going to name.

Schiff interrupts to “protect the whistleblower.”

Notably, during his closed-door testimony with Democrats in October, Vindman stated he did not know the so-called whistleblower’s identity. 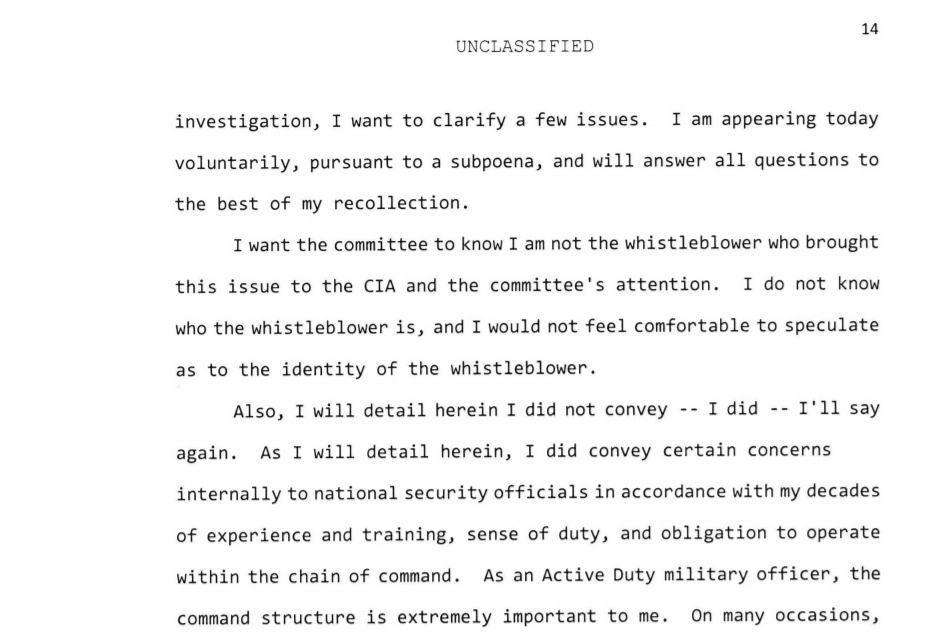 This appears to confirm that Vindman committed perjury, either during Tuesday’s testimony or during his previous closed-door testimony with Democrats.

Rep. Jim Jordan (R-Ohio) also tried to ascertain the identity of the individual Vindman refused to disclose, but Schiff once again stated he would prevent the whistleblower’s identity to be revealed, again confirming Vindman lied in his closed-door testimony.

Will Vindman face consequences for lying to Congress?

Considering he’s protected by the power structure that’s lied for three years about Trump-Russia “collusion,” the answer is likely no.

“The Black Friday sales have arrived early! Get up to 70% off our hottest products as well as free-shipping and double Patriot Points while the sale lasts!”