Most Democrat voters in swing states want a candidate who is more centrist than liberal, according to a new poll.

A New York Times-Siena College poll released Friday found that 55% of Democrats in Michigan, Wisconsin, Pennsylvania, North Carolina, Arizona, and Florida want their candidate to be “more moderate than most Democrats.”

The poll also indicated these same voters want a candidate who can compromise with Republican lawmakers rather than someone determined to force through far-left policies like Medicare For All and the Green New Deal. 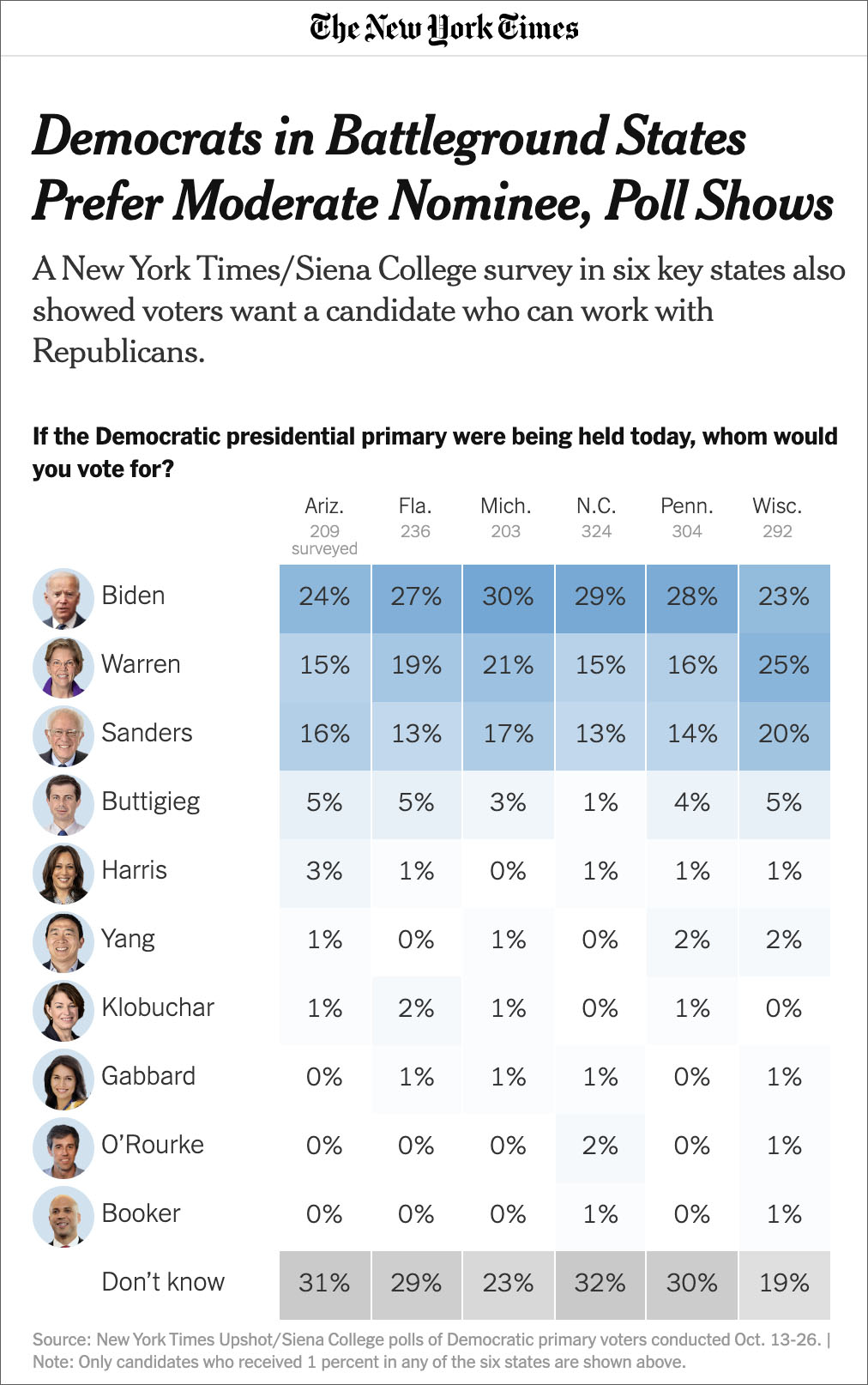 Joe Biden, the most moderate of the current Democrat field, led in five of the six states polled.

According to Real Clear Politics, Biden leads with 28.3% despite his poor debate performances and ongoing Ukraine scandal, with Warren trailing behind at 20.6%.

This latest poll doesn’t bode well for the Democrat Party, who have so far tried to out-flank each other on far-left policies like gun confiscation, open borders and welfare for illegal immigrants, and higher taxes to pay for their globalist pet projects.

Alex Jones breaks down the agenda to overthrow Trump as a duly elected president to make way for Hillary Clinton to steal the next presidential election.