Secretary of State Mike Pompeo said Friday that America’s targeted assassination of Iranian General Qassem Soleimani will be viewed by the people of Iran and Iraq as “giving them freedom.”

Mike Pompeo to CNN on Suleimani assassination: “I saw last night there was dancing in the streets in parts of Iraq. We have every expectation that people not only in Iraq, but in Iran, will view the American action last night as giving them freedom.” pic.twitter.com/ALeQBqEf2g

Ari Fleischer said in 2003 that the Iraqis would “welcome freedom” and be “a liberated people” once we overthrew Saddam Hussein.

POMPEO, TODAY: “People not only in Iraq, but in Iran, will view the American action last night as giving them freedom”

ARI FLEISCHER, 2003: “Once the Iraqi people see that Saddam & those around him will be removed from power, they’ll welcome freedom, they’ll be a liberated ppl” pic.twitter.com/uIjIwMpWTB

Dick Cheney in 2003 said the US would be “greeted as liberators” in Iraq.

The definition of insanity:

POMPEO: There was dancing in the streets in parts of Iraq…people not only in Iraq but in Iran will view the American action last night as giving them freedom

The Iranians in fact held a giant rally in Tehran celebrating Soleimani as a martyr.

Pompeo: Iranians will view the U.S. assassination of Qasem Soleimani as “giving them freedom.”

Meanwhile, tens of thousands of Iranians protest on the streets of Tehran against the Trump-ordered U.S. air strike that killed Soleimani.pic.twitter.com/ooKfuLM1bx

He showed you a video of few Iraqi men celebrating the death of Soleimani while claiming the Iranians “feared him”.

He won’t show you the millions mourning him in Iran, Iraq, Syria and more.

This is just Soleimani’s hometown.

Just hours before Pompeo said Iraqis and Iranians will view us as “giving them freedom” his State Department was urging all Americans to flee from Iraq “immediately.”

#Iraq: Due to heightened tensions in Iraq and the region, we urge U.S. citizens to depart Iraq immediately. Due to Iranian-backed militia attacks at the U.S. Embassy compound, all consular operations are suspended. U.S. citizens should not approach the Embassy. pic.twitter.com/rdRce3Qr4a

Iraq’s parliament was also moving to ban the US from their country entirely.

BREAKING: Iraq’s Parliament vows to eliminate the US presence in #Iraq — deputy parliament speaker says they’ll hold an emergency meeting & make “decisive decisions that put an end to US presence inside Iraq”

On his own Twitter Thursday night, Pompeo shared this video allegedly showing a group of Iraqis “dancing in the streets for freedom” after hearing of Soleimani’s death.

Iraqis — Iraqis — dancing in the street for freedom; thankful that General Soleimani is no more. pic.twitter.com/huFcae3ap4

The actual origin of that video appears to have been a largely unknown Twitter user going by “Mo_Allamy” whose profile lists his location as “Germany.”

The text translates to: “Demonstrators celebrations in #[Liberation Square, Baghdad] With the killing of the terrorist Qassem Soleimani. #نريد_وطن” 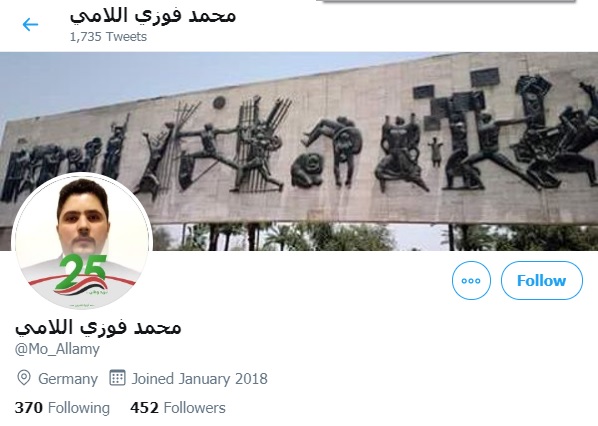 I contacted Allamy on Twitter and he claimed he took the video himself. He also said no one from the State Department contacted him to confirm the video’s authenticity. When I asked him why his location was Germany, he told me that “when you live in Iraq and you speak against the militias, then you know that your location on the media will kill you as it did before.”

He got angry after seeing I opposed the strikes and accused me of wanting to “blow” him up.

As a reminder, the famous video of Iraqis toppling a statue of Saddam Hussein after the US captured Baghdad was a completely staged psy-op.

We’re watching a “reboot” of the Iraq war with the media even bringing back the same old cast of characters who sold us the first war!

Mainstream media has dusted off and brought the old neocon gang that propagated for the Iraq war back together again to give their takes on Iran. Can’t make this up. pic.twitter.com/mahhhovXpU

Alex Jones and Syrian Girl analyze Trump’s statements on his action against Iranian terrorists in order to stop war.