20-year-old Tory Ojeda is in a polyamorous relationship with four men, and now she’s pregnant and plans on raising the child with all of her partners.

Ojeda and three of her four lovers live in the same house together in Jacksonville, Florida, but she’s the only one who has multiple partners.

The boys, whose ages range from 18-23, take turns sleeping in Tory’s bed each night so each of them gets an “equal turn” with her.

The group determined one of the boyfriends, Chris, is the father based on the fact that the baby was conceived while he was away on vacation with Tory.

“But as far as I guess, socially goes, we’re all raising the baby together, so everyone’s dad,” Ojeda explained, adding, “We’re all very, very excited to be raising a baby together.”

Tory’s older “brother” Alistair was suspicious at first, saying, “I will admit that since I’m her older brother, that I just have that tendency I suppose to be protective.”

Alistair may be more “open-minded” than others though, as “he” appears to be transgender. 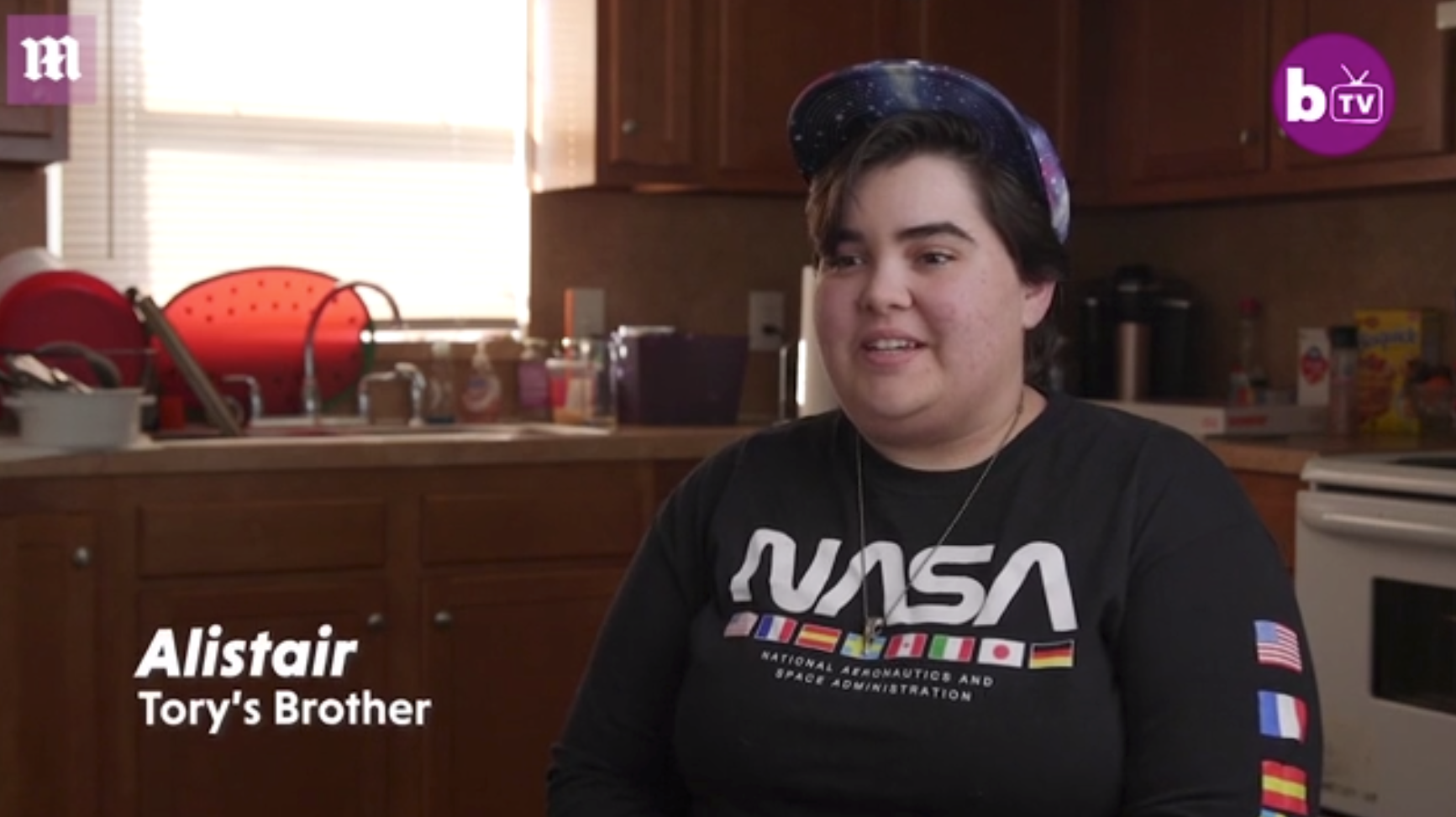