A Washington man with severe Trump Derangement Syndrome has been arrested for fatally shooting his wife and dog to apparently make a point to President Trump about gun control.

56-year-old Kevin Heimsoth of Bellingham was arrested for the murder of his wife Lynn, an elementary school principal, and their dog on Thursday.

Shortly after the murders, a Twitter account believed to be Heimsoth’s sent a series of tweets at 3 AM confessing to the killings to President Trump, Senate Majority Leader Mitch McConnell, and the National Rifle Association. He also sent them his address to be arrested.

“Guns don’t kill people, people do. Guns just make it a lot easier. AR-15 makes it super easy. I jsit [sic] my whole family and I couldn’t have done it without a gun! I’m too much of a coward, a knife would have been waaay too hard. So, thanks to everyone at the NRA,” the tweet said. 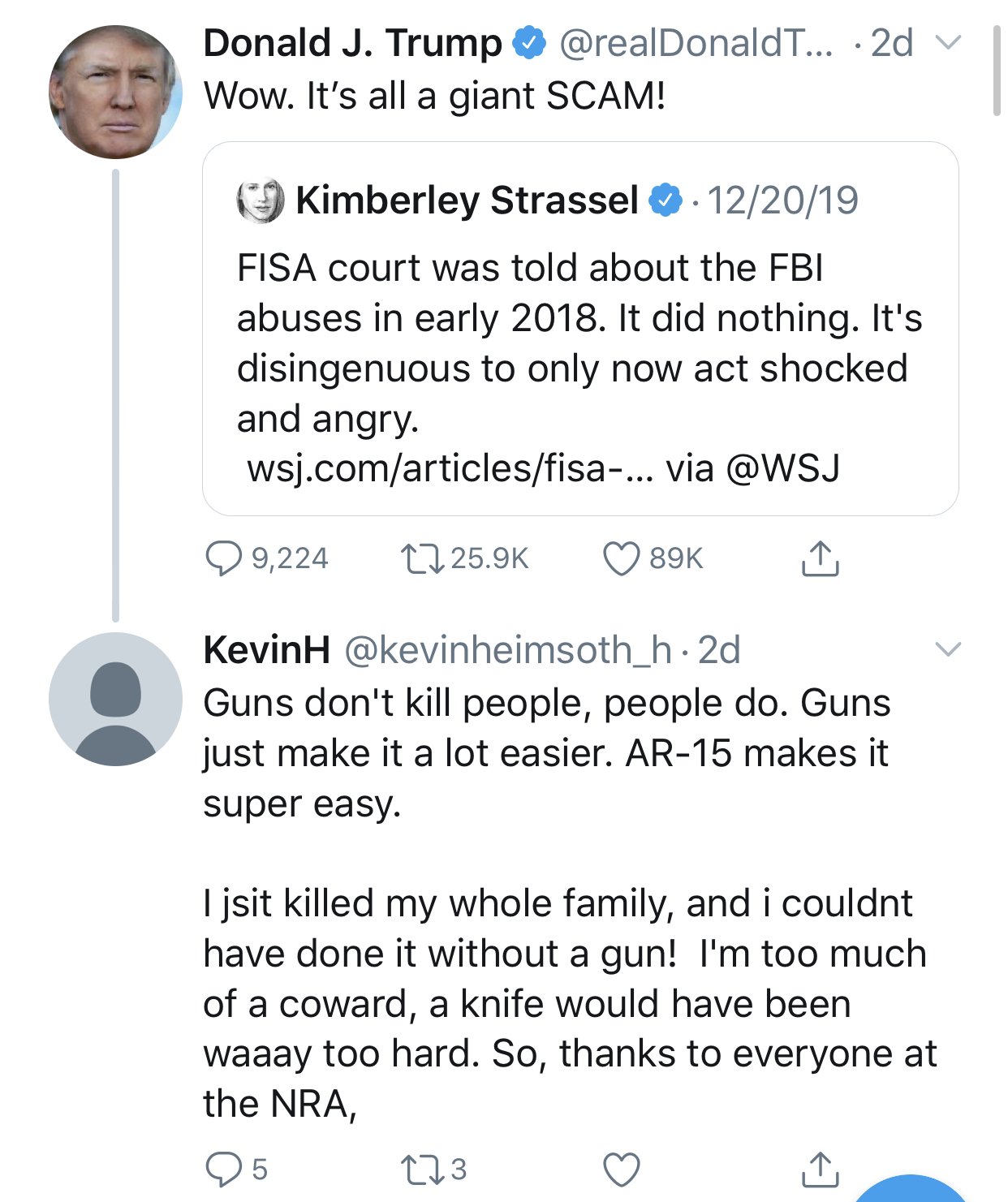 I jsit killed my whole family, and i couldnt have done it without a gun! I’m too much of a coward, a knife would have been waaay too hard. So, thanks to everyone at the NRA,

Heimsoth even railed against school shootings in one of his tweets. 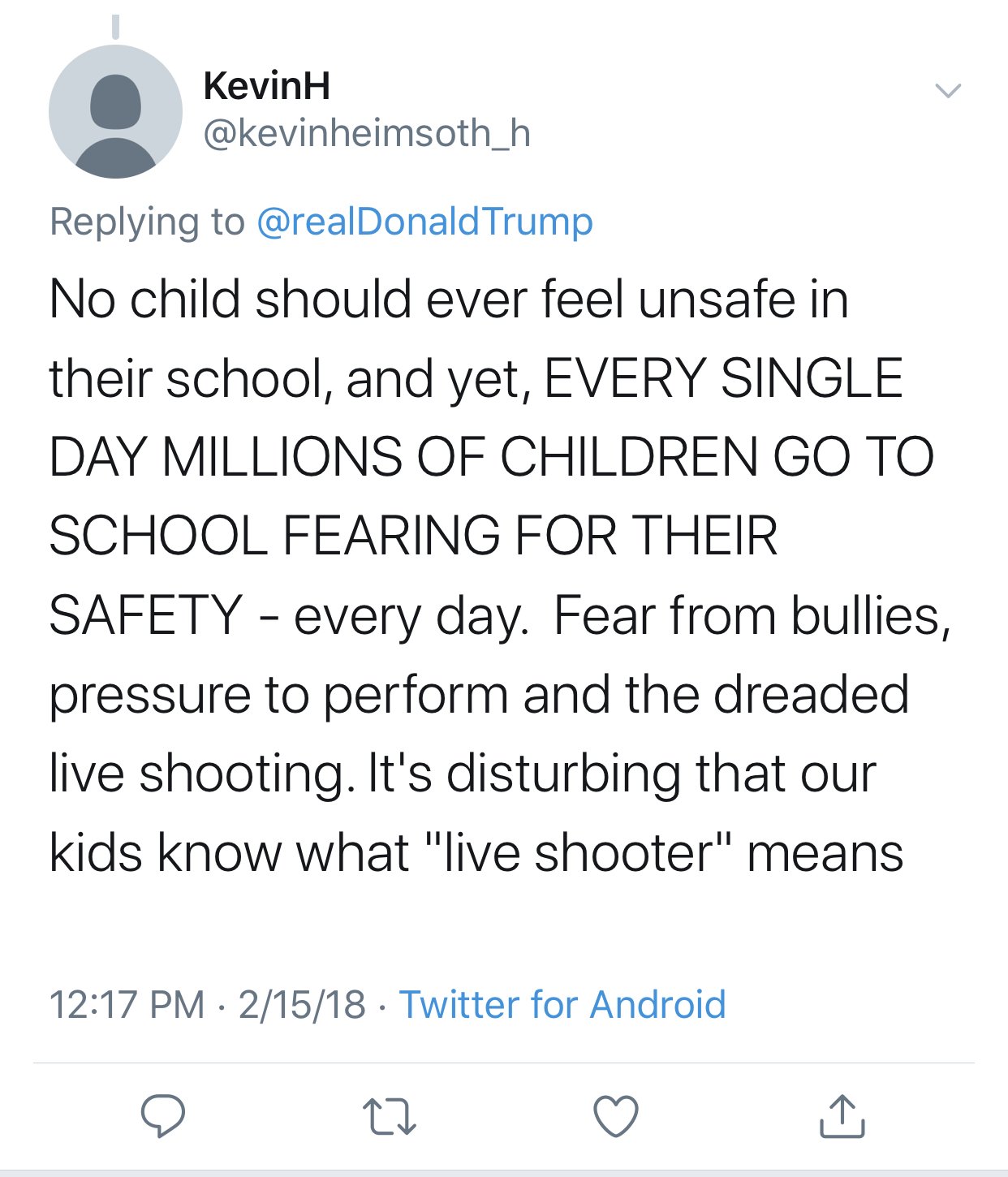 Heimsoth is currently hospitalized after he had turned the gun on himself, according to authorities.

“This horrendous crime impacted many in our community,” Whatcom County Sheriff Bill Elfo said in a statement. “While our investigation has not yet revealed any facts that would indicate a propensity for domestic violence prior to the murder, anyone with information that might be helpful to our investigation and review of this incident is requested to contact the Sheriff’s Office. As this case illustrates, the dynamics of domestic violence can escalate and lead to extreme violence.”