There’s a narrative being spread that the vaccination rate for the MMR vaccine has fallen lately due to irresponsible parents, and that the only way to fix the declining rate is to tighten up vaccine exemption laws in every state, which led me to ask a fairly obvious question about my home state: “What has the MMR vaccination rate in Oregon been over time (and why can’t I find that in any of the hysterical media)?”

Luckily, the CDC has a super-easy, interactive map that answers this question very clearly, and I hope any members of the media with a brain start to take a look at the actual data, I took a screenshot of Oregon’s and you better take a screenshot of your state’s before the CDC takes down this weblink:

So, What the Heck is Going on? 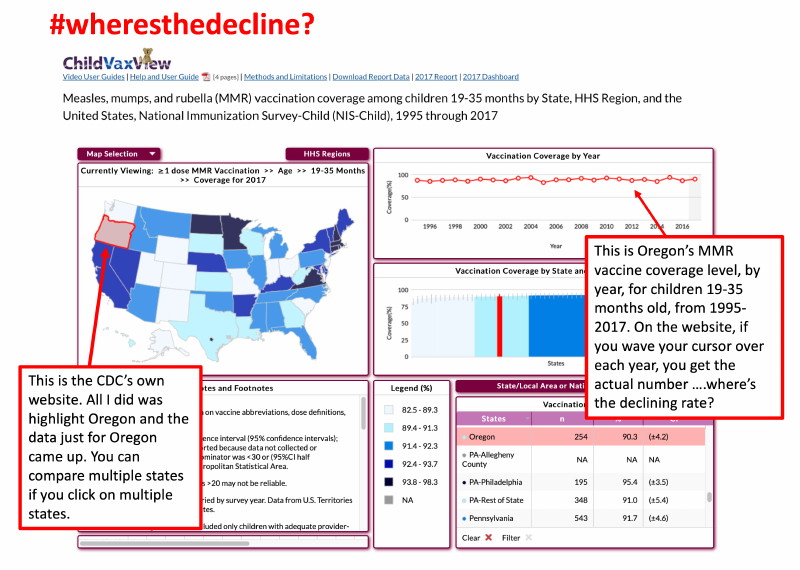 Why is the media saying that parents aren’t vaccinating and therefore measles is making a comeback? Let me explain: 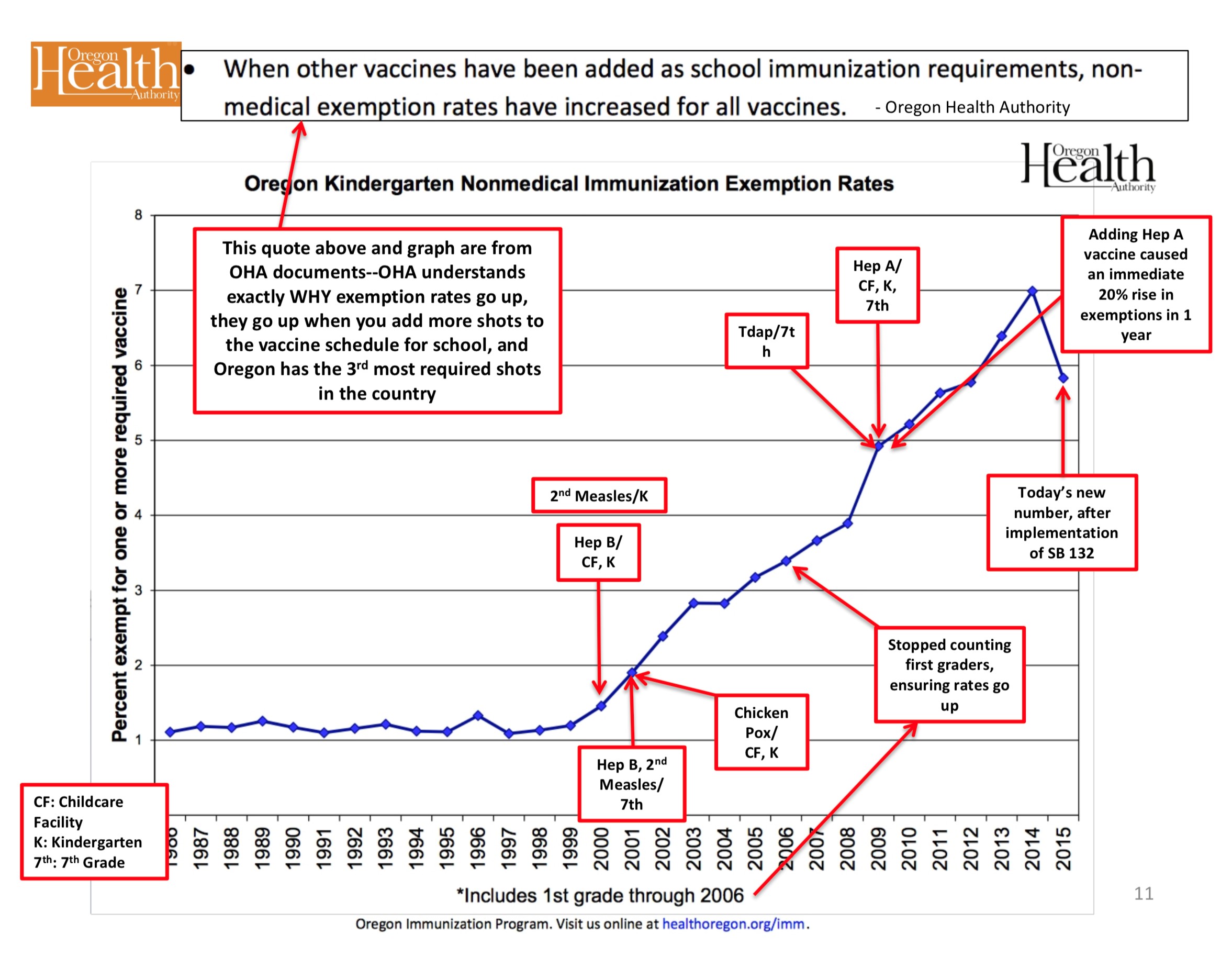 So, basically, here’s how it works: abuse and misinterpret a rising exemption number–guaranteed to go up if you add new vaccine requirements to the schedule–and generalize that it’s happening for all vaccines. Then, NEVER show the historical data, because it decimates your story.

I hope state activists grab the data for their state, share it with their legislators, and ask a simple question:

Since Washington State is facing an exemption fight, I grabbed a screenshot of WA data. Why can’t people just be honest about the data? #wheresthedecline 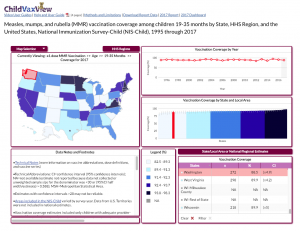 I also pasted below a table of Oregon’s actual numbers, from 1995 to 2017, please show me where the material decline happened (from year to year, there will be some natural variation, because this is a survey.) 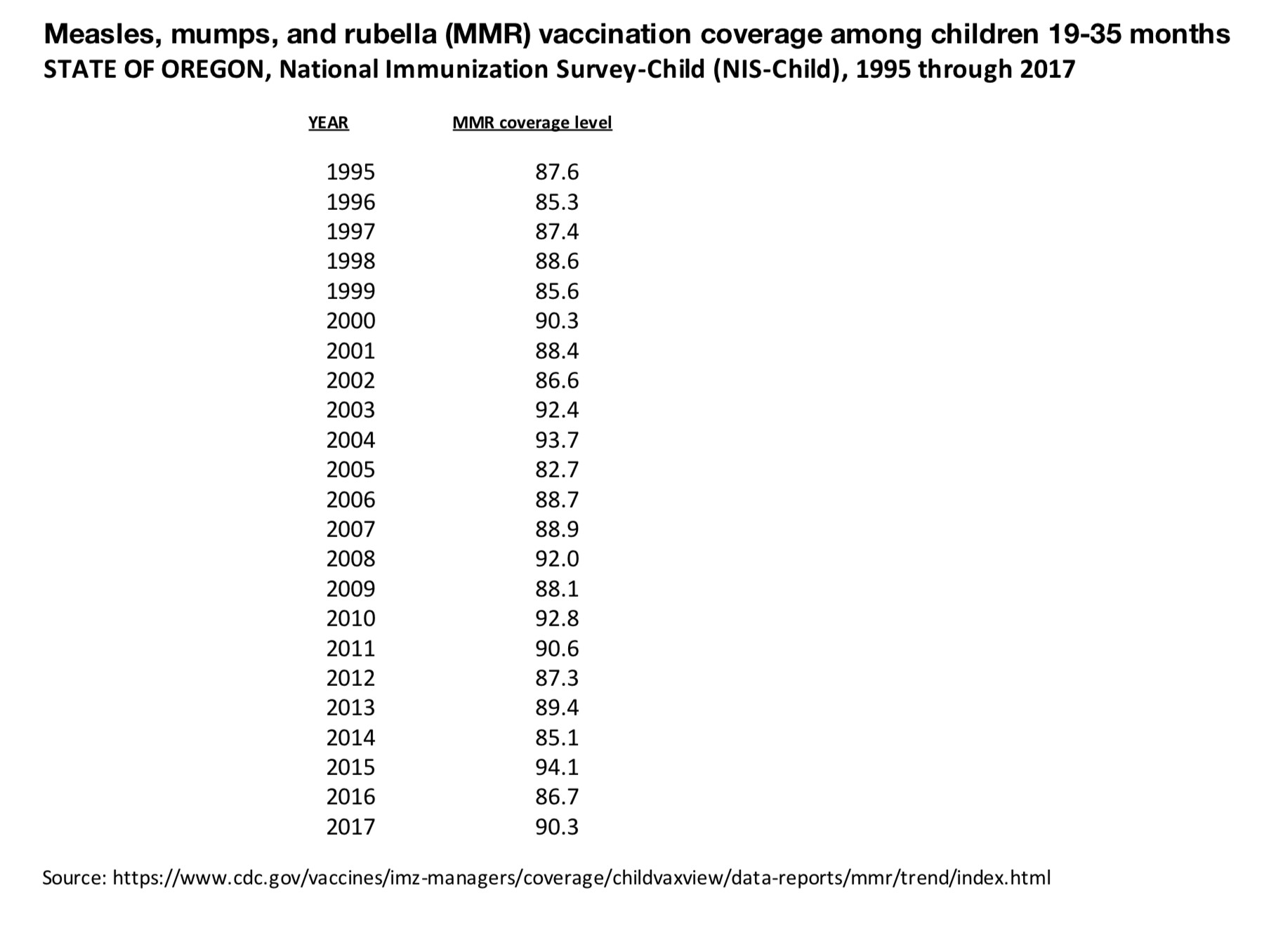 Note: this data above is for children, aged 19-35 months. By the time these kids get into school, the vaccination rate goes even higher. What’s so important about all this data is that it destroys the false narrative. Vaccination rates haven’t gone down lately. Period. Ask any epidemiologist you know to run these numbers. The trend lines are ALL flat. Since 1995. I also know that each year, here in Oregon, the OHA’s data and the NIS data from CDC are generally the same, so I’d love to see OHA produce the MMR vaccination rate data since 1995 and ask them a simple question: why not tell the truth? 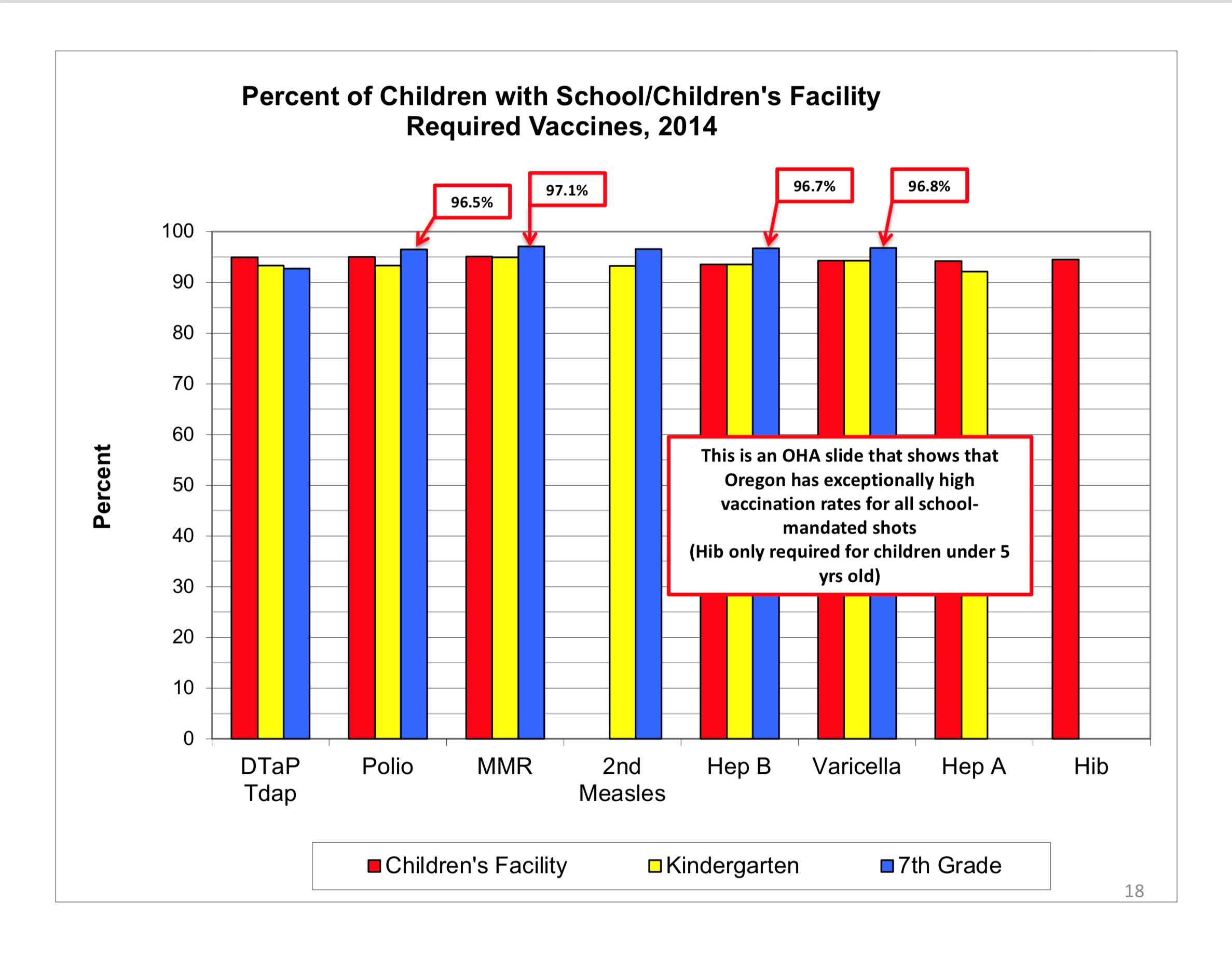 When I looked at the CDC’s numbers, it clearly showed that the MMR vaccination rate has held steady for more than 20 years. I wanted to make sure and corroborate that data with data from the Oregon Health Authority, which they conveniently don’t publish very often,  but someone sent me their data from 2014, showing that 97.1% of 7th graders in Oregon have received an MMR vaccine! Where’s the decline?

The viewpoints expressed here do not necessarily represent those of Infowars.

Alex Jones breaks down the anti-human agenda exposed in this report by Infowars’ Jon Bowne.