A young world class athlete has had his career and future dreams crushed for a mere one word tweet amid a seemingly benign social media exchange with a journalist.

Nineteen-year old American professional cyclist Quinn Simmons was suspended from his team Thursday for his tweet showing mere indirect support to President Trump after a journalist issued an ultimatum.

Dutch journalist José Been had initially expressed to her American followers that “this horrible presidency ends for you,” after which she added “if you follow me and support Trump, you can go.”

That’s when Simmons responded with a simple, “Bye” and included a hand emoji waving.

Immediately others jumped in, with one Twitter user writing that the professional cyclist was “Apparently a Trumper” (gasp!).

It didn’t take long for the US-based World Tour team for which Simmons rides to essentially cancel him. Trek-Segafredo issued a statement suspending Simmons “until further notice” for what it called “divisive, incendiary” comments which were “detrimental” to the team.

Here’s the full statement stating that “(He) will not be racing for Trek-Segafredo until further notice.” 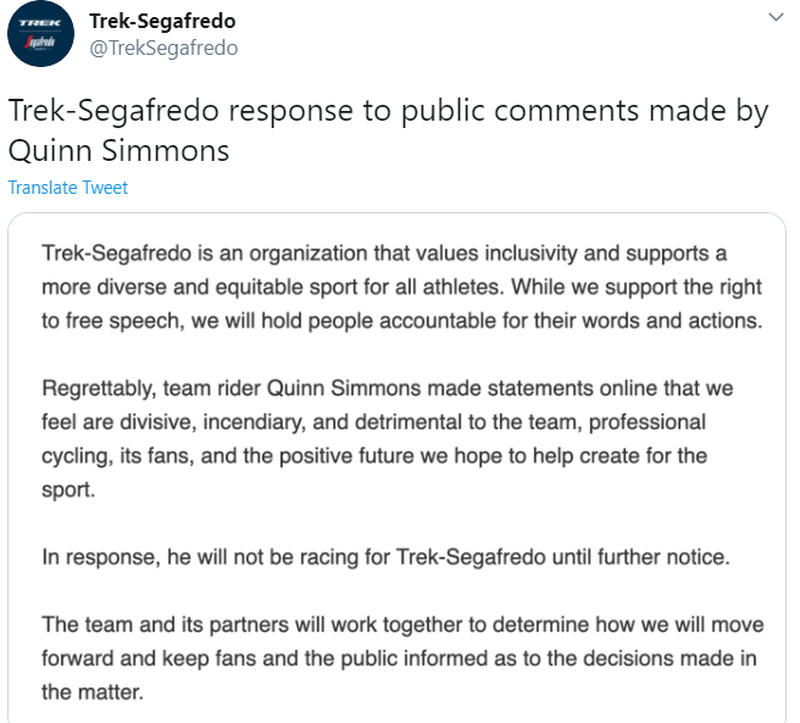 Simmons is seen as a young and rising star who was only in his first season with the Trek-Segafredo team.

Apparently he learned the hard way that suddenly professional athletes are not supposed to hold political views or participate in any level of public discussion, even if using one-word responses. 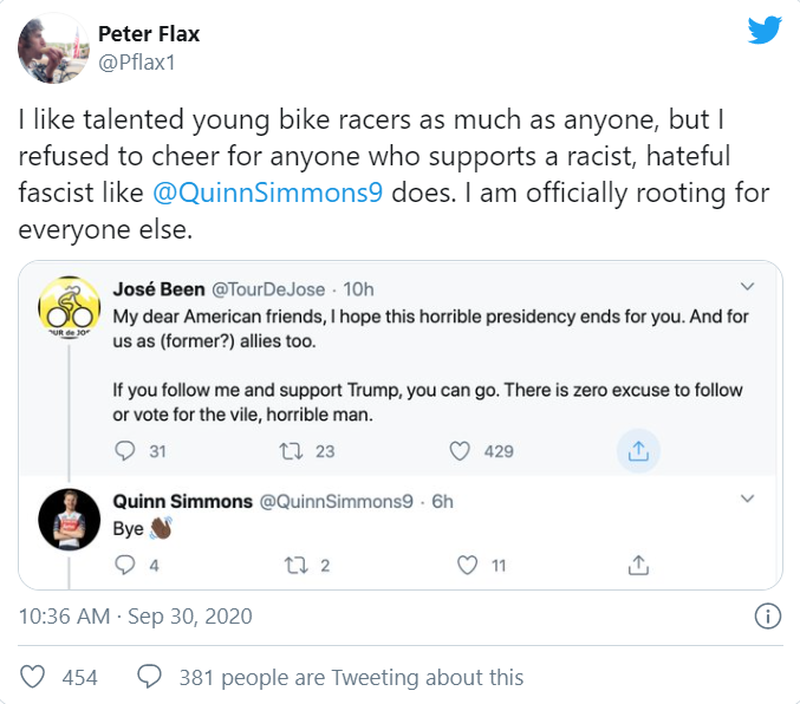 Illustrating just how absurd the whole thing is, the journalist whose tweet set off the controversy in the first place, José Been, has urged the cycling team not to suspend Simmons.

Fox News noted that Been later wrote she felt “horrible” about it, and appears to have now locked her Twitter account after deleting tweets related to the issue.

The NRA saying that the AR15 is “a modern day musket” sets off David Hogg who cluelessly & hilariously lectures the world on muskets. The US Army is not ok with 2nd Amendment either and tells soldiers that MAGA is hate speech. It’s NOT a mistake as they claim.