An Australian public school landed in hot water after announcing that students not wearing pro-LGBT clothing on a coordinated dress-down day would be expected to double their ‘voluntary’ charitable donations.

Greystanes High School in New South Wales notified pupils and parents that on “Rainbow Mufti Day,” those not openly participating in ‘International Day Against Homophobia and Transphobia’ would be pressed for increased contributions to the National Youth Mental Health Foundation.

The notice was delivered via a Facebook post, which has since been edited, as well as a letter allegedly sent to students and parents. 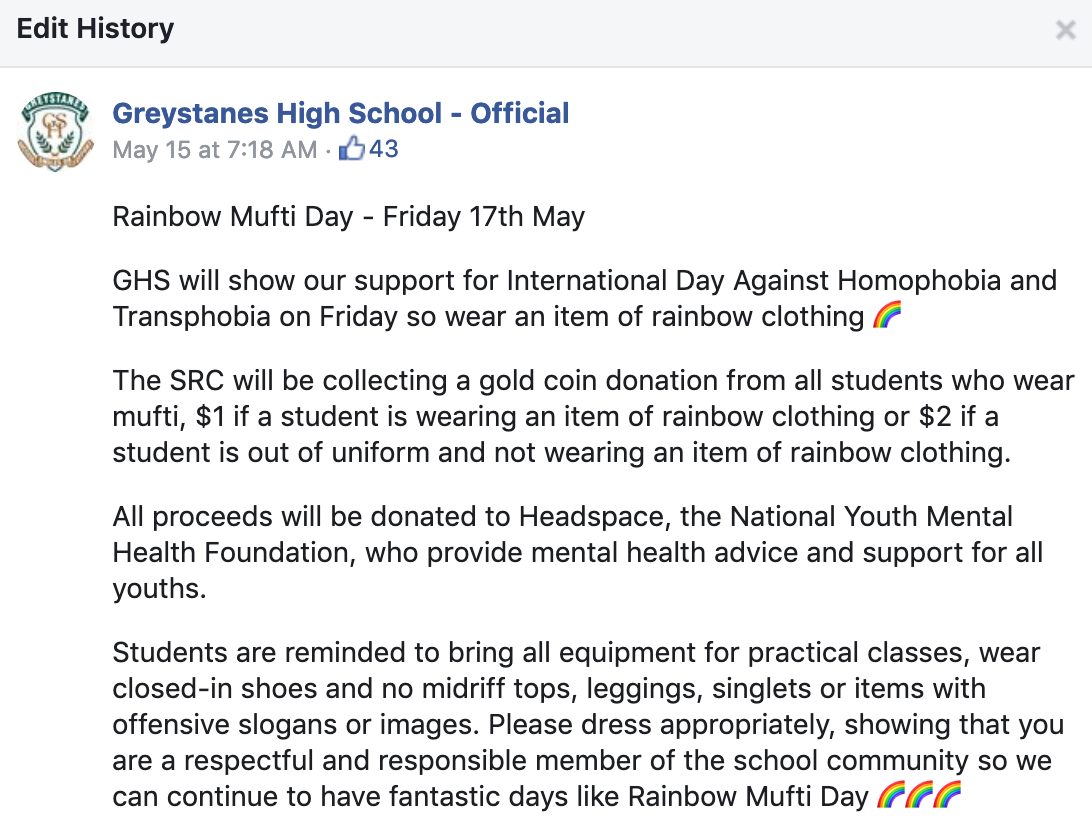 “GHS will show our support for International Day Against Homophobia and Transphobia on Friday so wear an item of rainbow clothing,” the school wrote on the original Facebook post, accompanied by a rainbow emoji.

A copy of the physical letter was obtained by Caldron Pool, and its legitimacy seems to be confirmed by a follow-up Facebook post by the school, as well as its wording, which mirrors the social media post above.

“Students may also elect to attend in full school uniform. But if a student is out-of-uniform and does not donate they will be chased up until they pay up,” warns the letter, which is endorsed by the deputy principal and school captain. 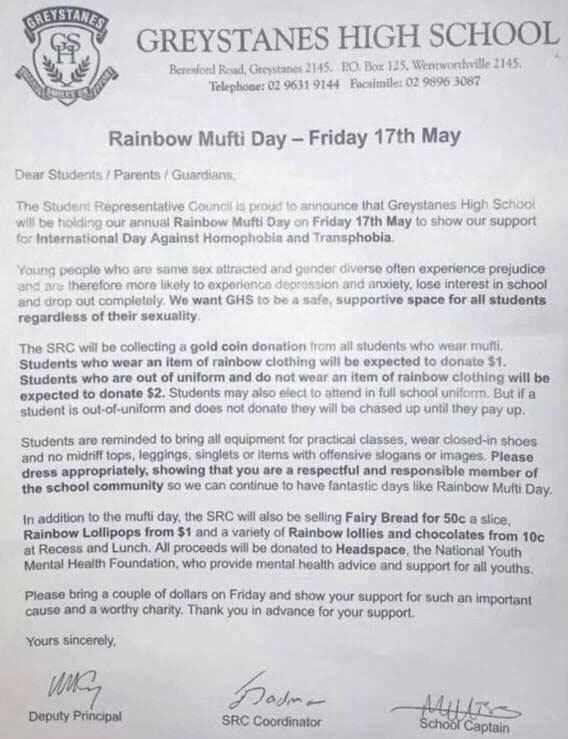 “We would like to clarify any misunderstanding from a previous letter which was distributed to parents at Greystanes High School,” the school later wrote on Facebook. “Please be assured that students who did not donate a gold coin will not be pursued for payment. Donations to this cause and to future fundraising causes are voluntary.”

“We would like to apologise if you received the impression that students ‘must pay’. We acknowledge the school has played a role in creating this impression and that the letter was poorly expressed.”

Interestingly, replies in the comment threads include a variety of “Honkler” memes, serving as an indicator that cultural red-pilling is spreading worldwide at a rapid rate.

Facebook has slapped a Trump supporter with a 30-day ban for doing the ‘OK’ hand sign in a photo.